savagechickens.comSo, the Noble Victories set has arrived. The scans are up and we have cards in hand. However, they are not legal until post-Regionals. Nevertheless, this is Pokémon and we have the patience of two year olds when it comes to predicting new decks. Well today, I am going to look at an overall deck type and what options we have to play it. Of course, we are going to look at the Spread Decks.

Obviously, there are two main spreading­­­­­­ Pokémon that we are going to look at today: Tyranitar and Kyurem. Let’s start with the elder of the two cards.

Tyranitar has excited a lot of players since its release in the Unleashed set. The Pokémon is a Stage 2 Dark Type with 160 HP. It is weak to Fighting and resists Psychic. T-Tar also has a hefty three Retreat Cost. Its first attack for a single Darkness energy does 20 damage to every Pokémon in play, except other Darkness type Pokémon. This is the bread and butter of any deck that uses T-Tar, but it does have two more attacks. For DCC you can do 60 damage and for DDCC you do 120 and discard the top three cards of your deck.

The idea behind T-Tar is to get a quick T-Tar to hit a couple Darkness Howls and do at least 20 (30 to the active if using SP D Energy) to everything on the board. Let’s take a look at a very skeletal list:

That is what every single T-Tar based decks needs as its backbone. This leaves us with 19 spaces to play around with. So, what type of cards could T-Tar possible utilize? Consider the following:

Jirachi UL: This is the quintessential finisher in a the spread archetype. This baby can score two or three KOs in a single turn with Time Hollow and the damage amassed on your opponent’s board from Darkness Howl.

Max Potion: This card can turn T-Tar into a great tank because of the low energy costs. You can easily discard one energy to heal a lot of damage and then play down another energy.

Darkrai & Cresselia LEGEND: This bad boy can also score you a couple KOs in a single turn with Moon’s Invite by arranging the damage on your opponent’s field.

Zoroark BLW: This card has the type compatibility with T-Tar and can serve as an alternative attacker to take care of big threats.

Weavile UD: This is another card that is type compatible with T-Tar that can serve as an alternative attack and can disrupt your opponent’s hand with Claw Snag.

Lunatone TM + Solrock TM: These two cards paired together make it impossible for your opponent to remove damage from their side of the field.

OK, let’s stop there with the T-Tar discussion. I hope that it gave you an insight into the basic workings of T-Tar, but there are obvious reasons why T-Tar has not become a mainstay in last format’s meta and in this format’s meta. Let’s talk about those reasons:

1. Tyranitar is not compatible with its own Basic and Stage 1. Larvitar and Pupitar are both Fighting Pokémon. This means that when you use Darkness Howl, both of these Pokémon will take 20-30 damage. This is a huge problem because when they do become T-Tars they will be in 1HKO range with a simple single or double PlusPower drop by the two best decks in the format: tyRam and ZPST.

2. T-Tar is a Stage 2 Pokémon. Spread decks need to be fast and need to start spreading on turn two. If they can accomplish that, it will only take four or five more turns to deal 80-150 damage to everything on the field (enough to 1HKO almost everything), and win the game. However, because T-Tar is a Stage 2, this rarely happens. Also, when you do get it off, T-Tar will eventually die and then it is hard to stream more Tyranitars.

3. There are too many healing options in the format right now. You have Max Potion + Junk Arm, Serperior, Potion, and Blissey. You also have preventative cards like Defender and soon to be Eviolite. This prevents the strategy from taking full effect. Yes, you can use Lunatone and Solrock to prevent healing, but they are Fighting Types that will be KO’d by two or three Darkness Howls (less than it takes to KO the other players Pokémon).

4. The Fighting Weakness is a big downer in this format and last format. Last format you had Speed Champ with take out to counter the SP decks and Machamp Prime to take down T-Tar with Champ Buster. This year you still have Machamp Prime, but the real problem Donphan Prime’s usage. Donphan can 1HKO T-Tar with Heavy Impact.

So, in general, T-Tar is an amazingly fun deck to play, but faces too many challenges in the meta to succeed.

pokebeach.comWell, that leaves us with the other spread option: Kyurem.

Now, Kyurem has been one of the most hyped cards in the Noble Victories set (along with N and Victini). It is the third elemental dragon, and just like the other two, it has 130 HP and is a basic. Kyurem has the same Outrage attack as its counter parts, a double Retreat Cost, and a weakness to Metal Pokémon (a great weakness at the moment, but if Kyurem becomes popular, runs down Reshiram’s playability, there are PLENTY of Metal Pokémon just waiting to be picked back up.)

However, Kyurem’s second attack does 30 damage to each of your opponent’s Pokémon for two W Energy and a Colorless.

So, is this Pokémon going to be able to succeed where T-Tar has failed? Let’s take a look at T-Tar’s weaknesses and see it Kyurem can fix the problems:

1. Compatibility: Well, given as how it is a basic and only does damage to your opponent’s side of the field, this appears to be a great solution to the compatibility problem that T-Tar suffers.

2. Speed: Kyurem is a basic Pokémon, making it very streamable. However, its attack costs three energy. This means that to be successful you will need an energy accelerator (or slow the opponent down). What can do the trick? The obvious candidate is Feraligatr Prime. This card is an Emboar for Water Types. However, it is a Stage 2 Pokémon and is subject to the same slowness as T-Tar.

Then you can start building Blastoise to facilitate energy transfer the rest of the game and be used as a finisher. It would seem that Kyurem has options to run faster than Tyranitar.

3. Healing options: Well there are still a lot of healing options in the format. So, this can be a big problem. However, Kyurem does not inflict damage on Lunatone or Solrock. You could play those two cards, but they would be easy Catcher Prizes.

4. Weakness: Kyurem is weak to Metal Pokémon. This is a great weakness to have considering how few Metal Pokémon there are in the current meta, because of Reshiram. So, for now this is a safe play, but if Kyurem and Beartic see more play, Scizor, Steelix, and Cobalion could see more play.

Now, obviously, Kyurem is a much more viable candidate for utilizing the spread strategy than T-Tar. So, let’s dig into some skeletal lists.

pokebeach.comThis is a fast and disruptive version of the kyGatr deck. The obvious purpose of this deck sot draw very quickly. Go down a few prizes and then use Twins and N. And stream Glaciate for most of the game.

This seems like a fairly straight forward approach to the deck and I’m sure it need refining. However, this deck has a couple of problems.

1. It is susceptible to Catcher disruption very easily. Feraligatr is a huge Catcher target and the two healing blockers are easy prizes.

2. It has no protection for Kyurem. Yes, Kyurem is a very bulky basic, but unfortunately, it is still just a PlusPower drop away from being 1HKOd by Reshiram or Zekrom. Also, Feraligatr is only a double PlusPower drop from going down. So, all tyRam or Zekrom has to do is take out the big Gatr and then 1HKO a couple Kyurems to cripple your strategy.

3. This deck has limited attacking options other than Glaciate. Feraligatr can do 80 for WWWW, but that is both slow and inefficient.

pokebeach.comThis is again a relatively straight forward approach to the deck. This version trades a couple things with the kyGatr version.

1. There is no healing blockers. This deck just seems to be so tight (4 attacks, a Stage 2 support, and Stage 1 support) that you cannot get in Lunatone or Solrock. This could cause problems as players would be able to clear off the damage.

2. However, this deck does have a better finishing attack in Blastoise. For WWCC you can deal 100 damage to any Pokémon on your opponent’s side of the field. This will allow you to do a couple Glaciates and then finish of almost anything with Hydro Launcher.

3. Both decks are still vulnerable to 1HKOs on Kyurem and the support Pokémon.

4. This deck requires a three Pokémon combo. So, while the initial attack might go off faster than kyGatr, the deck will require more maintenance to keep the stream going.

So, both of these decks seem to have promise, and problems. Both seem to have potential, but are they the best option for Kyurem?

Let’s take a look at another form.

pokebeach.comNow, there is something personally appealing to me.

This is obviously the Ross.dec engine with the dragon attackers and N for better comeback ability. This deck really seems like a good place to be heading right now.

You can flood their field with damage. You can add damage to your side of the field with Bolt Strike and Rainbow Energy. You can utilize Outrage on the two dragons. You have healing in Dragons + Seeker. You can use DCE to retreat anything in the deck. You can use Black Belt so score a 1HKO on things that really mess with this type of deck (Magnezone, Emboar, RDL). You have eliminated the threat to your healing blockers by eliminating Catcher from play.

This deck is obviously in a rough state, as are all these lists. However, they seem to have some potential in the metagame post-Regionals. Only time will tell.

Please comment below to get some discussion going on this great topic. I did not include matchups because I have logged games with these lists, but not nearly enough to be comfortable with putting them out there. Also, the metagame might shift dramatically with the NV set; so, predictions against bad lists or potentially bad decks is not what I want to put into an article.

I have a pretty extensive Regional Preview for you all. I will be submitting it early next week. It will look at the top decks in-depth, and give links and descriptions to other candidates as well. It also has general playing tips and some deck choice material. I just figured that this would be a little welcome break to the hardcore testing for Regionals. 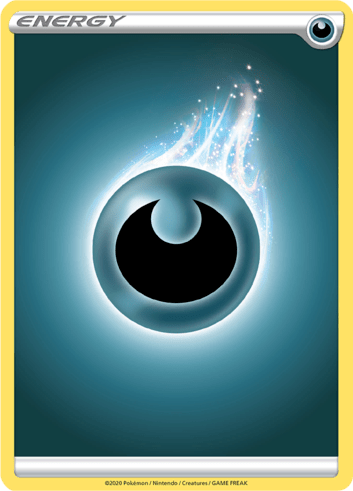