sortingbyteams.wordpress.comI have never made top cut. I’m not the best player in the world, I must admit that, but I am definitely decent at this game, especially after the rotation. Here is a brief summary of last year.

At last year’s fall Battle Roads, I did not lose a game, and I won two tournaments. But due to a low number of seniors in my area, there was no top cut.

At Cities I whiffed at 3rd at both local tournaments.

At States, I played an SP tool box and got donked twice, going 4-2. I whiffed the cut. The second States I made the mistake of playing VileLostGar and I lost to DialgaChomp and… whiffed cut.

At Regionals, I changed my SP toolbox from consistent to techy, which screwed me over. 3-3.

Nationals, I went 5-4, playing Magneboar losing to Michael Diaz, Magneboar, and Reshiboar. Last round, I am sitting at 5-3 with amazing resistance. I just need the last win to cut. But my opponent is playing SpeedPhan and I take a single prize to his six. But Nationals was still an amazing experience for me and I was delighted with the rotation. For Battle roads I was pumped.

So with my dream of top cut being repeatedly crushed last year, I am determined that this will not be a year of whiffing. I call up five of my hipster friends. Even though they constantly tease me for being so mainstream, I build them decks. Two of them ditch at the last minute, one out of sheer lameness and one because he had a soccer game. I get to the library an hour before registration to fill out six decklists and build a deck for Adina.

This is one of the lists I had all filled out for someone to play:

I have a Basculin-Cinccino deck thrown together for my mom, Donphan-Dragons for a friend who wanted to be good, Reshiphlosion for me, and lastly a Sigilyph-Jirachi deck for Patrick. I only have enough cards for that many decks, so Lucas, a Master, and I throw together Cinccino-Weavile-Jirachi for Adina.

No one came in Seniors except me and my friends. Dammit.

Now I was playing Reshiphlosion. Some things I played were…

pokebeach.comSurprise! I run Reshiram. The only reason one would have to not run all four is if one was running a couple Rescues and a Revive (I don’t run Rescue). The dragons are powerful because of the 120 damage attack, and Outrage is also amazing because it means that to be effective stuff has to 1HKO Reshiram. There’s not a lot of Water around (for now) so Water is a pretty good weakness.

Nowadays, 4 Cyndaquil is much needed because Catcher is out there stranding and killing your Typhlosions and murdering Cyndaquils in their infancy. Also having more Cyndaquils and Typhlosions gives more options for discarding with Sage’s Training.

This is a crutch really, to help you in times of horrible hands. It is also very searchable. I would take it out but having basics to not mulligan is nice.

This was supposed to help me with my Entei-Suicune LEGEND and Yanmega matchups, but I didn’t see any. So I’ll be taking this out.

These are in here for Reshiram to attack with (duh).

I chose Fire Energy of all types because it has synergy with Typhlosion’s Poké-Power. And because Reshiram’s attacks need R Energy. Like this article if you think I should have run W Energy instead.

pokemon-paradijs.comBut seriously, I tested with DCE and loved it, and I found Rescue to be Eh. But I needed space, so I stuck with a low amount of Fire.

Why no Ninetales? Space. And I don’t like Ninetales. This way I saved four spots and made them Sage’s Training instead. Those let me draw cards, dig deep into my deck, and they synenergized with Junk Arm, Revive, and even Afterburner. Also I don’t want to waste my set up on Ninetales; I’d rather pump my resources into Typhlosions. Also I’d rather not be discarding energies with Ninetales when I could be getting ahead on attachments.

Next Battle Roads, I was planning on cutting Zekrom because I never used it.

Yay! I rushed to the pairings to see that I was playing against Bye. So I sit around for half an hour watching my friends. Patrick has the Sigilyph deck, and he has an intense battle with the Krookodile theme deck. Kai and Adina (who happen to be dating) play each other. Every card in Adina’s deck (except for babies and stuff) is weak to Fighting, and Kai is playing Donphan-Dragons.

But I forgot to teach them about weakness. Whoops. Also apparently they didn’t apply Exoskeleton either? But it ends up not mattering because Kai clobbers her. I make the judges laugh with my Tyrogue deck.

pokebeach.comSo we are playing with age-modified. Adina and the lone Junior are paired up against Masters, much to her excitement. Kai and Patrick play each other.

He gets an Absol start, but I still set up and sweep. Not much to say here. This is the guy who beat my mom first round.

Kai loses to Patrick. Patrick Reflect stalls and manually kills both Zekroms when Kai is not very smart with them. He devolves a Donphan and once he’s ahead on pries, he Reflect stalls to win it in the 30 + 3.

Round 3 vs. William with Stage 1s

William is a good player, but luck drove him to a bad record at Nationals. I have never lost in this matchup at league though. I end up making a horrible misplay (three times). I benched two Cyndaquils, Candied one up, and he Catchered up the other and killed it.

Yes, Patrick is 3-0 with Sigilyph.

Round 4 vs. Patrick with Sigilyph-Jirachi

pokebeach.comThis is one of the hardest games that I’ve ever played. Not because it was a bad matchup (Sigilyph’s only good matchup is Fighting-Type theme decks), but because if I scooped, I could say that Sigilyph won a Battle Roads. The prizes are exactly the same, and I likely won’t be able to go to Worlds this year because my family wants to go to Ecuador instead.

But I am a horrible person and I play to the best of my abilities. He actually took 3 Prizes. He sniped a Cleffa, fought manually against a Reshiram, and devolved a Typhlosion for the KO with Jirachi. I had to kill five Sigilyphs and Jirachi for the win.

Prizes are handed out and my friends surprise me and give me all of their prizes! It was so nice of them and to make it up to them; I’m selling their Victory Cups online as they didn’t know how much they would sell for.

Lucas and William are the Top 2 in Masters. Colin Peterik, J-Wittz, Patrick, and I search the entire library looking for it only to find that it was just down the hall. So I watch the top cut until Josh and Carver notice the Pokémon books.

They proceeded to read “Totodile In Love”. I must say it was quite entertaining. It even had a twist at the end.

Carver and I play a game (of Pokémon) on a checkerboard, and he creams me with Gothitelle. I realized I needed Black Belt for my next tournament, as I would run out of Typhlosions when I tried to Flare Destroy my way to victory. During the game, Josh stole all of my energy in my discard pile and 3-of Carver’s prizes. Real mature :P

William wins against Lucas’s Reshiboar and we all go home.

Some things I learned:

pokebeach.comIn between this and the next Battle Road, I had a brilliant idea: Turn Kingdra-Cinccino-Yanmega into the much cheaper Kingdra-Cinccino-Sigilyph-Jirachi. I tested it and it sucks.

So I decide to stick with Reshiphlosion for Des Plaines.

I started off my Des Plaines adventure with a three-hour car ride. I tweaked my Reshiphlosion by taking out the fourth Typhlosion for Black Belt and built the Truth to see how it works. I also threw together Esa’s Donphan-Max Potion deck for my mom.

I get to the elementary school where the event is being held and filled out the necessary decklists. I play a couple of games with The Truth and then pairings are announced! There are 9 people in Seniors, so we’ll have a top 2.

I start with Reshiram and bench Cyndaquil. He goes first and starts with Cleffa and a benched Zorua. He attaches a Special Darkness to Zorua and Eeeeeeeks. My hand is terrible (all energy and Junk Arms), so I PONT to draw more energies and Junk Arms.

I manage to bench a Reshiram, which I attach to. He brings up Zorua, attaches Rescue, and Catcher/kills the benched Reshiram. I topdeck a Cyndaquil and bench it. He kills a Reshiram, I Beat him. He kills my Cyndaquils with Cinccino.

I sweep. It was really easy. I was worried, but he missed two Sharpedo flips, which gave me the game as he had no more real options. At this point, I am worried about my resistance, as even if I win out, he is probably going to lose his third round and get the bye fourth, which would not be good for me at all.

I wish I could have that first round. My mom is 0-2, but she’s not upset as she’s not very competitive and is just playing to pass the time.

Round 3 vs. Ben M. with Gothitelle

pokebeach.comI have never beat Ben before, so this was really scaring me. Especially since if I lost this game I had no chance of cutting. He is 2-0 and he was downpaired.

I get an amazingly good setup and he never gets a Gothitelle out. I Catcher snipe 3 Gothitas when they’re still benched, as he never has the opportunity to bench more than one at a time. If I were him, I wouldn’t have played the matchup that way, but each to his own.

He was playing Mewgar with some more techs to See Off. The game stayed close on prizes the whole way, but I definitely had the game.. He Saw Off a Zoroark, but it wasn’t enough. I manage to pull out the win.

Next week is Rantoul, and I’m playing Reshiphlosion again. Before the tournament, I tweak my deck (take out Black Belt for the fourth Typhlosion) and turn in my list. Lucas is playing Kingdra-Cinccino, and I built Sam-Phan for my mom.

Round 1 vs. Nidoran Swarm

I believe he did a total of 30 damage to me.

One of my friends, Richard, plays J-Wittz in the first round. He is playing Sharpedo-Slowking-Weavile. He loses because J-Wittz manages to topdeck an energy for the win after a close game that goes down to a prize. I guess it goes to show you how much luck and topdecking impacts games these days.

Round 2 vs. Krookodile Theme Deck

youtube.comClose game. I think he took 1 Prize. My mom wins this round, and that makes her really happy.

I finally got to play a good game. He takes 4 Prizes to my six, and I manage to Catcher/kill his Zoruas before they became Zoroarks.

Lucas and someone playing Blastgatr make Top 2, much to everyone’s amusement, as he doesn’t actually play the game competitively. Lucas comes out on top though, so Kingdra-Cinccino wins in Masters.

Kingdra-Cinccino really needs a better name, as Cindra is a horrible name in my opinion.

For Regionals, I will be going to St. Louis and I don’t plan on playing Reshiphlosion, just because everyone knows how to play against it. I also tried to build Gothitelle, but I can’t play it to its full potential without Tropical Beach.

So what do you guys think Cinccino-Kingdra should be called? 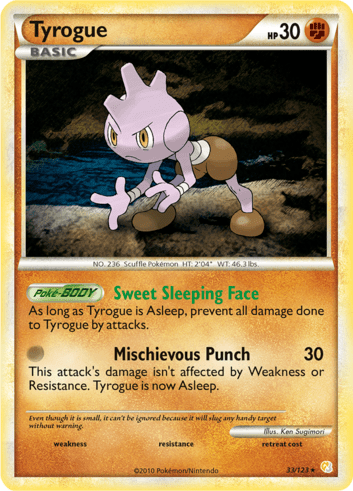