Hola! Bonjour! Konichiwa! Ni-hao! Aloha! Hello! It’s Dane here, and I’d like to say “Howdy!” to the amazing world of Pokémon once again. Seeing how my “Ultimate Guide to Yanmega Prime” article proved to help so much, I decided to write an “Ultimate Guide” on a Pokémon I know much better than that pesky dragonfly: Reshiram.

pokebeach.comBy now you should all know what Reshiram does, but as a reminder, this 130 HP Basic Fire type sports two attacks: Outrage and Blue Flare. Outrage costs CC, and does 20 damage plus 10 more for each damage counter on Reshiram. Blue Flare, for the small price of RRC, does a whopping 120 damage at the costs of discarding two R Energy. These attacks, as you can see, are both amazing; this card is obviously very good, and as you shall soon see, is used well in many decks. Let’s get started. :D

The highest-tier Reshiram deck is Reshiphlosion (also known as tyRam), which has won many BRs, Regionals, as well as winning Worlds in the Seniors division. But what does this deck do? Well, the deck consists of Reshiram, Typhlosion Prime, and Ninetales HS. It uses Ninetales’ power to get R Energies in the discard so Typhlosion can use his power to re-attach those to Reshiram.

Reshiram then proceeds to use Blue Flare and discard the R Energies again, restarting the cycle. Many great players comment on this deck’s consistency, as it almost always gets set up. Here’s a quick list:

Although the list is nearly complete, I think you can make some room for techs. Here are some suggestions:

Simisear BLW: Now this may seem strange, but it actually works quite well. You’d use him for his Flame Burst attack which does 20 to the active and 20 to two of your opponent’s bench. This can easily prepare 1HKOs for Reshiram. And with the added plus of Pansear EP’s Collect, Simisear is not a bad tech.

Rescue Energy: Here’s another tech that I like; Rescue energy gives you a 5th Reshiram, a 4th Typhlosion, and a 3rd Ninetales. Ain’t dat cool.

Rocky Helmet: I. Love. This. Card. The effect is just too cool to not try. I mean, your opponent now has to think twice about attacking. That’s awesome! :D OK, maybe I’m over-hyping the card, but ya gotta admit it hs a neat effect.

Of all the decks I have used HS-On, this, so far, is my all-time favorite (keep in mind that I said “so far”; this is subject to change). The deck consists of Reshiram, both Emboars (Emboar 20 & Bad Boar), and some sort of draw power. Last format, I had the most success with a 1-1-1 line of Magnezone Prime as my draw power, and he also comes with the plus of a backup attacker (as it turns out, that deck actually won Worlds :P).

But now that Catcher is out, I believe that our best chance lies within Shuckle HS Promo HGSS15 or Ninetales HS, or, possibly, no draw power at all. As you may have heard, last season I was a huge no-Ninetales-in-Reshiboar fan, but, like I said before, with Catcher around, I’m thinking that Ninetales might not be such a bad thing.

Anyway, the strategy of the deck is to quickly attach energies to Reshiram with Emboar #20’s “Inferno Fandango” Ability. You then use cards like Fisherman and Energy Retrieval to get the discarded Fire energies back into play. Here’s a skeleton list:

pokebeach.comThis is actually really close to one of my normal lists! (by “normal”, I mean without any crazy new techs)

Judge UL: This card adds both hand refresh and disruption to the deck, both of which work well in Reshiboar.

Double Colorless Energy: I tend to only use Rescue Energy in my Reshiboar lists, but adding 2 or 3 DCE can help donk against babies, and donks are always good. :)

Bouffalant BLW 91: This guy works quite well with the above-mentioned DCE; after all, Revenge only costs CC. :D

Another Emboar-related deck, although this time much less Reshiram-oriented. Magneboar consists of Magnezone Prime and Emboar 20. Emboar’s ability allows you to, theoretically, attach infinite amounts of energy to power up for Magnezone’s “Lost Burn” attack. In theorymon, this means you can do an infinite amount of damage!!!

But wait; where does Reshiram come in this? In Magneboar, Reshiram is more of a tech than it is a main attacker. If you are struggling to get a Magnezone out, you can attack with Reshiram until you power up the ‘Zone.

If it’s late game and you don’t want to run out of energy (by “Lost Burning” too many), you can bring up Reshiram and attack. Here’s a skeleton:

pokebeach.comI consider cards like N & Judge to be mandatory in this deck just because they work so well. After you make you own personal preferences to the deck, you might be able to use some of these tech ideas in it:

Rayquaza & Deoxys LEGEND: I really, really like this card. Taking 2 Prizes for Knocking Out ONE Pokémon? AMAZING!!!!

Rescue Energy: Now this is a bit iffy; you are already using a tight energy count, and adding more could hurt, but if you can find the right balance, then this could help immensely. :)

Rocky Helmet: Again, this card is just too good to overlook. The card could work good in this deck because you can’t use Eviolite; this is it’s replacement. That, and because it can set up easy 1HKOs for Magnezone, and that’s always fun. :)

Now as you may know, some versions of D&D don’t include Reshiram, but I don’t think the deck’s complete without it. The basic strategy of this deck is to use Donphan Prime’s “Earthquake” attack to damage your benched dragons (Zekrom, Reshiram, & Kyurem). You then bring up a dragon (depending on what your opponent’s weakness is) and finish up the field with “Outrage”. As you can see, the deck is really simple and is also very versatile. Here’s a quick list, followed by some techs:

pokebeach.comSince there are quite a few spaces left without taking out cards, you’ll have plenty of room for personal preferences and techs. Here’s some ideas:

Mew Prime: If you are really sketchy about the bad Gothitelle matchup, you could throw in a couple of these (and obviously some Psychic) and maybe a Relicanth CL, and you can easily fix up that matchup.

Rocky Helmet: I honestly think that this is mandatory in the deck, but I know that others would disagree. I really like this card in D&D, though, because attaching this to Donphan really makes people think if they should attack you or not; with Exoskeleton acting as a built-in Eviolite, you are now preventing damage done to you as well as adding damage to the opponent. And that’s just too cool.

W Energy: Now this may seem strange, but adding 3 or 4 of these expands your attacking ability: you are now able to “Glaciate” spread with Kyurem. Koolio. :D

So there ya have it, folks: the 4 most widely-known Reshiram decks. I hope that you are able to bring these decks to victory, and please tell me if you have. Now as I chomp on my delicious Bagel Bites, I’ll sign off. See ya later! Bye. :) 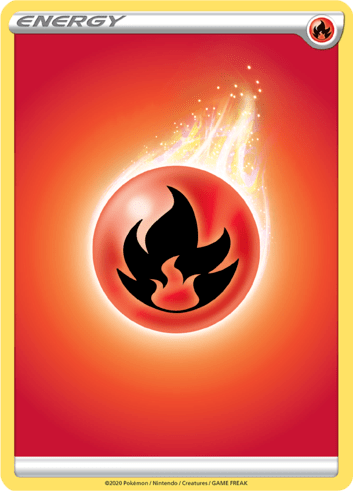