Seeing as how the previous article about comparing the Basic Tynamo wasn’t hated by the masses, we’re trying again, this time with a suggestion from Cabd. Lilligant has a print in every released BW set (Black & White, Emerging Powers, and Noble Victories), but none of them are widely played; in fact it’s rare to even see them outside of something fun. If you’re going to put Lilligant into any deck, you’re going to make sure it has a Basic to back it up, because it won’t likely last too long on its own when evolved, either.

Much like Lilligant, each set contains one Petilil. All three are Grass type, are weak to Fire, resist Water, and have one Retreat Cost. BW and EP Petilil have 50 HP, while NV has 60. These stats are pretty standard for a Basic, and it’s possible that the Fire weakness won’t hurt as badly as it used to. Resistance doesn’t mean much on an Basic that hasn’t fully evolved unless you predict you’ll often run into Petilil vs Squirtle for more than two turns, but with Vanilluxe and Kyurem being the most predominant Water-types around, it doesn’t matter too much. (Vanilluxe may or may not 1HKO it, but you need to evolve out of that Paralysis quickly; it stands no chance against Kyurem unless it evolves.) And as is said in almost every article that mentions a Basic, one Retreat Cost is average.

Already gave their HP. BW = 50, EP = 50, NV = 60. On the first stat that all don’t share equally, NV is in the lead. If it remains on the bench, that 10 HP difference won’t save it as it’s a 2HKO from Kyurem, a 1HKO from Mandibuzz BW, and a 1HKO from most anything that would Catcher it up as an easy prize. If it’s an early active, it’s possible that the extra 10 may save you a turn or two.

Before we go any further, let’s look back at what we’re preparing ourselves for. No deck but Green Tornado would ever play Petilil without Lilligant, and we know to never follow the construction patterns of theme decks. (Conclusion: Stop playing Professor Juniper, Pokémon Communication, and Durant NV, because the theme decks liked them.) Lilligant BW and NV have 80 HP, while the EP one has 90. Neither stat is remarkable and should not affect the Petilil discussion at all.

pokemon-paradijs.comLilligant BW’s first attack costs only one G Energy: flip three coins, and for each heads, it does 30 damage. This would be okay, but afterward, Lilligant is confused. This is terrible and will not be brought up again, as it shouldn’t be played. (Not to mention this is shaping up to be pretty long and I’d rather not lose your interest.) EP has arguably the best Lilligant of the three: again for one Grass, it only does 20 damage, but it guarantees a Status Condition.

On another coin flip, if heads, the Defending Pokémon if Paralyzed and Poisoned, but if tails, it’s Confused. For GCC, it does a vanilla 60, so this attack will likely never be used. NV is neat, but not considered usable so far. For one G Energy (noticing a pattern?), you heal all damage from one of your Benched Pokémon. For GC, it does 30 damage, and Lilligant is switched out of the Active Spot.

So far, Lilligant has shaped up to be possibly fun, but mediocre. But more importantly for this, we have the Petilil. From BW, we get one attack with a cost of one G Energy. It does 10 damage, and if you flip heads on a coin flip, it does 10 more damage and heals 10 from itself. In the first few turns, an attack that heals damage from yourself is a valuable asset as long as you aren’t facing Reshiram, Cobalion, or anything else stronger than the average Basic. But unfortunately for this card, these are common now, so it’s not a great bonus anymore.

Of note, if you’re using the EP Lilligant, it’s a good idea to play Fliptini. With this combination, Petilil has a 75% chance of doing 20 damage and healing 10 from itself. If you’re playing in a game where your opponent’s deck equals yours in strength, things are looking up for this little guy. When paired with the NV Lilligant, this might be enough to keep it alive longer, but not a guarantee now that it’s a 50% chance.

pokemon-paradijs.comOur second Petilil, EP, also has a first attack that costs one G Energy. I think I’ve just about run out of ways to say that. It does no damage, but on yet another coin flip (another phrase I can no longer say in a different way), your opponent is Paralyzed if you get heads. The second attack is GC for a vanilla 20, your average Basic’s second attack.

Remembering from above that Lilligant EP should use Fliptini, this is a 75% chance that you can Paralyze your opponent. And since the card is already inflicting Status like an anthrax outbreak, it goes together rather well, possibly an intentional move on Nintendo’s part. As for NV Lilligant, unless you can stall on that 50% chance, it doesn’t seem to cut it.

Our last showcase is Petilil NV, the star with 60 HP and the most bland first attack of all. Finally we get one with a single Colorless cost, but it does a vanilla 10. Nothing to say about it other than “standard.” Its second attack costs GC and also does only 10 damage, but now you can heal 10 damage from it. Hopefully it won’t be on the field long enough to have to use that, but it’s a secure backup.

Lilligant EP gains almost no use from this card, except maybe the 10 extra HP as a tiny insurance boost. However, NV likes the both the extra HP and the boost from the second attack, not to mention it costing the same as its only attack that does any damage.

Based on the above, it looks like if you want to play Lilligant NV and not place chances of survival on a 50/50 coin flip, Petilil NV is a solid play. For Lilligant NV, your best bet is to decide between BW and EP and whether healing yourself or Paralyzing your opponent is more appealing, unless you 100% think you need that extra HP boost. (My preference lies in Petilil EP for the sake of this.) Surprise, surprise, it just may be true that the best Basic form for each Lilligant lies in its own set. 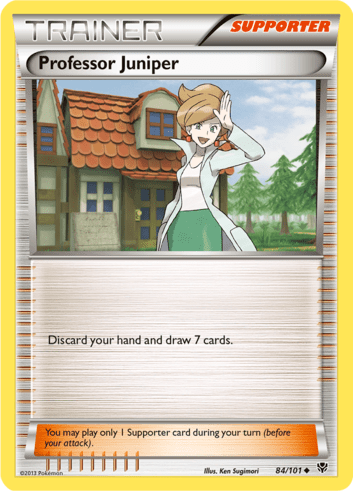