Hello everyone! It’s been a long time since I’ve written an article here, but that’s mainly because engineering is a difficult major and I had a lot of work to get done this semester. But anyway, I want to recap my City Championship tournament because it’s one of the only tournaments I can make throughout the year. So, let’s get started.

With tonight being Thursday and the tournament being Saturday morning, Team Pokébreeder had finals finished and it was time to go through testing the decks to be played. The question was, what would we be playing? Jinzo, our resident rogue player, has already made his decision with his limited card pool, playing something completely against the metagame, despite having access to our card pool. Here’s his list for all of you who don’t care about how a deck performs, as long as the game is fun.

Fishy is another member of the team, but due to his work schedule, he was unable to make it to the tournament. His list was basically EelZone, but playing with Raichu HS’s 100 damage and free retreat instead of dealing with a Stage 2. The TSS needs a bit more work, but that’s what he had before he had found out that he would be unable to attend the tournament.

So, our team turned to magneto1992 and me, and boy did we get to work. We tested all of the major decks, watching each other’s plays and attempting to read the strategies to determine what the opponent will use to attempt to defeat the other deck. An interesting process that we had not tried before, but by picking up decks and just playing best 2-out-of-3 for many matchups using basic lists, we discovered many things that we may have otherwise missed.

Two days of testing and tweaking, along with Skyward Sword being played loudly in the background, we came up with our two lists, both centered around bulky legendaries. He took Six Corners and I took what I would call Corners of Truth. Our lists may not have been perfect, but they were working well for both of us.

This was the first time I’d played a chess match in Pokémon, but it was also the first time I had ever played Truth, so there’s that. Here is the list I ended up taking, and I’ll put in magneto1992’s list when he gets back from vacation.

We arrived at the tournament three minutes before we would have received a first-round loss, but with us getting there before the cutoff, we helped assure there would be enough people for a Top 4 cut, which I don’t think has ever happened at my local City Championships. We get our decks checked and start shuffling like crazy, and from there we began the tournament.

What happens just about every tournament? I get placed against one of my team members. This was annoying. I started very slowly, which wasn’t a surprise, but I got the Trainer Lock first, slowing him down. He’s unable to get his Reuniclus up, which was a savior for me because he would have been able to destroy me due to my lack of setup if he had. A close game to my slow start, and I began to wish that I had played a second Kyurem.

Round 2 vs Sinhue w/ Reshiphlosion

pokemon-paradijs.comI hope I’m spelling that right. I started off with a T3 Vileplume and Eeeeeeeking like crazy when, during the match, I realized there is an error with my playing equipment that affected the outcome of the game. I told my opponent, the judge got called, and because they notice that it was both unintentional and actually gave me a disadvantage, they gratefully gave me the loss and allow me to stay in the tournament.

My opponent, who is also a Professor, allows us to continue, taking the win, of course, where it looked like I would have the upper hand by setting up a SEL and loading it with Energy before the time is called, and we leave the play area.

It sucks to have a loss like this, but rules are rules and I didn’t intend for this to happen. This will probably cost me making it to the cut. Life happens.

Round 3 vs Josh w/ Magneboar

Josh is one of the best players at my locals, and he showed it by playing the clock smart. He had been out of the game for a couple of months, and was playing a deck that I did not expect to see. Either way, we went into an Eeeeeeek war, both drawing into nothing for the longest time with me having the T2 Vileplume. It was one of the most boring matches I’ve ever played.

By the time we start taking prizes, we’re already down to about five minutes left in the match. I get it down to 2-1 in his favor after the +3, but I would have been to win if we had the full match to play.

By now, I’m pretty sure that I’m going to miss the cut, but I still have two more rounds to play, so I’ll go for it.

pokemon-paradijs.comI’m sorry I forgot your name, and I expected to play more electric decks. Oh well. I go in and get the lock and the damage swap up fairly quickly. She takes 4 Prizes before I’m fully set up, and at that time I move to SEL to start taking the KOs one by one to win the game. The deck worked as exactly as it was supposed to during this game and I wish it would every other time.

We still have an undefeated, so I may be able to take a spot in the cut, but I’m not expecting to.

Round 5 vs Ryan ? w/ Vanillocke

I see the Vanillite and I immediately ignore my own Vileplume because I know that the only way I can win is to take early KOs and take advantage of the break in the lock. However, his lock never breaks, but because of him discarding his Flower Shop Lady (s?) early and running out of shuffle-draw, I was able to play quickly enough and spread my damage to SEL and use Seeker to prevent him from taking the last prize and deck him out. A close matchup that came down to bad early game decisions for my opponent.

No need to really point this out, but I didn’t make top cut. Sadness, but I made mistakes, so I can’t blame anyone but myself. However, magneto1992 made it to the Top Cut, going 4-1 just like three other players, with the Top Cut looking like this is no specific order.

So, I had a lot of fun with the deck, and I should have been able to win every match that I encountered, but circumstances and good opponents got in my way. However, this causes me to bring up what magneto1992 and I have been thinking about for a while: We need tiers.

The Need For Tiers

chazonmedia.comI don’t know about you guys, but I play competitive video game Pokémon for my university by participating in the Intercollegiate Pokémon League (and if you guys know anyone else who does, please spread the word). I am a fan of simulators, and though we have some people who disagree with the use of simulators, they are a blessing, and they are probably the only way my (okay, our) idea will be able to work.

There are many things that I dislike about this format, and it follows suit that I dislike the same things in the OU (overused Pokémon) and Uber (Pokémon that are too powerful and take over the format, like Kyogre and Arceus) tiers, bulkiness with obscene power and general “broken-ness.” I dislike Reshiram, Zekrom, Vileplume, and Catcher because they don’t let other cards in the format shine. Their HP and power overshadow the usefulness of Kingdra Prime, Cinccino BLW, Machamp Prime, and many other cards. This is why I propose that we form ourselves tiers with cards that can be used and cards that can’t.

Of course, during official tournaments, we are allowed to use whatever we want to use, and we’ve seen rogue decks go the distance before, but sometimes people need incentives to make them shine. With a tier on their own, this will allow people to have new decks come to play and, if they perform well enough, play them against the top tiers.

Now, you many be saying, “We already have tiers. We don’t need this system.” I would disagree with you. Currently, the tiers are determined by what is winning tournaments, which is not a bad decision, but it goes against the essence of determining what is good or not, especially the way we determine what is Tier 1, 1.5, or 2.

For something to be Tier 1, it has to win a majority of tournaments, which makes sense for Tier 1, but we forget the decks that would take many tournaments if only it were played more often. I believe this to be the case with Chandelure NVI, an amazing card and an amazing deck, because without people playing it, (and possibly without people having access to Tropical Beach) it will never achieve Tier 1 due to wins alone.

I don’t know how to make this system, and I believe that it will have to be a joint effort full of trial and error. It’s probably going to be a long process with a lot of children’s card games on the Internet and we will probably need to gather a lot more members to play online to have these tiers set up.

I believe that we can start by using a Palace System – assigning points to cards in order to determine which cards are more powerful or not – and then place a point limit for each tier in order for a deck to be played, along with the possibility of banning certain cards in certain tiers. We will need to make a commity, much like the Smogon Council, to help decide the points and keep a balance in the format.

All in all, I had a fun time during the tournament and testing, and that’s what it’s really about. As for the tier system, I would really like to see something like that implemented and used by the Pokémon community because I don’t think Pokémon has really embraced the community enough to put out a great TCG for us to play and a great environment to play in.

Also, my brother, who plays in Seniors, wanted me to share his Volbeat/Illumise deck that went 2-1 in the tournament. I think it’s a fun deck, and considering he refused to play Reshiphlosion, I think he did pretty well in the tournament.

I hope you all have happy holidays and Delibird brings you great gifts! 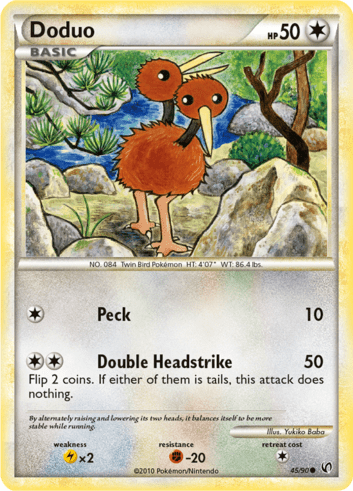