Hey guys RattataJoey back again, this time to talk about “net decking.”

What is Net Decking?

pokemon-paradijs.comFor those who aren’t familiar with term, net decking is where instead of making a deck with your own unique list, you head onto one of the many Pokémon TCG websites available and copy a decklist from that site, card for card.

This form of deck-building has created two opposing frames of mind; there are those who condone net decking as a viable and legitimate form of decking building, and then there are those that object to net decking because they see it as being cheap and unfair. I feel the term unfair is misused in this context as anyone and everyone can net deck; the resources are openly available and it’s a personal choice of whether to partake in it or not.

The reasons for net decking are be numerous and most are fully acceptable in my opinion, but I feel that there is one wrong reason to net deck, that being: “Why should I bother making my own deck when there are lists online?”

This is basically just a long winded way of saying “I’m lazy”; the rest of the reasons for net decking I feel can be completely validated, and are as follows:

Some players may not have confidence in their own ability to build a deck; a feeling I can easily relate to when building my own decks. Most decks have a simple aim in mind and building Pokémon lines around a deck’s strategy can be the simplest part of deck construction, but this on its own can cause problems when you have to consider line balance and whether or not you want to start with a certain Pokémon.

This problem only increases when you start to factor in the amount of Energy you need – “How much is enough or too much for this deck?” – and then finding the right number of Trainers to fill the remaining space without missing anything important or not stocking enough of an important Trainer.

I personally see modifying an existing list as more of a time saver than as net decking; it allows for you to gain a full list while relying on someone else’s testing, and after testing the list yourself you change it to suit your play style and/or local metagame.

I don’t disagree with this method mostly due to the fact that you’re not copying the list to use the list, but to have a jumping-off point, and you’re still applying the effort needed to make the list your own.

Basically parents who want good decks for their children. Most people will agree that most parents just see Pokémon as a way to keep the little ones quiet for a bit, but some parents will see it as a legitimate hobby and will even join in becoming Poké-Moms or Poké-Dads. These Poké-Folks will usually encourage their children to do as well as they can, even if it’s only locally, and to that end will try to find out what decks are doing well and how to build them.

With this in mind, parents don’t tend to be as competitively minded as other players in the Masters division and while they can recognize the difference between a good card and a bad card, knowing how to build around that card and what techs maybe required to play the card to it full potential may not be something that comes naturally to them as a more casual player.

Net decking in this situation allows Junior and Senior players to play highly competitive decks and helps both parent and child learn what helps a deck perform well.

What are the Disadvantages of Net Decking?

Firstly I’d like to cover that it would never be a good idea for everyone to net deck, mostly due to the fact that if everybody net decked then there would be nobody making original decks to be copied from the net in the first place. Just thought I’d get the obvious out of the way first.

[Editor’s Note: I agree… if everyone started netdecking, then who would I copy? I’d be screwed!]

Secondly I feel that net decking could stunt a player’s growth as a deck builder themselves; after relying on online lists for a while a player will either have learned how to build a powerful deck by noticing patterns in existing decks, or just as likely they become reliant on pre-written lists.

Net decking will always run the chance of either aiding or stunting the growth of a player creatively, and for newer players the chance of growth being stunted is even greater due to the fact that they started with predefined lists, instead of using the usual the trial and error method that a lot of players most likely started with and used to gain an understand of the game.

Thirdly is the concept of unique teching. This can happen due to a given players having a revelation about their deck. One key example I can think of is from the Chandelure NVI deck a friend of mine plays. He, like most players, noticed that when playing Vileplume UD, you can afford to run less Gloom than Vileplume as your Vileplume won’t stop you using Rare Candy to evolve him from Oddish and this offered one more card deck space. My friend took this one step further and realized that you don’t have to run Gloom at all.

Some players may think that that’s a bad idea because you don’t have the Stage 1 to rely on, but in all seriousness it worked amazingly under the reasoning that if the opponent sets up Trainer lock you don’t need to do it yourself and that Rare Candy will give you Trainer lock after its played.

Now to newer players and even some experienced players, the lack of Gloom might seem like a mystery without the explanation placed down in front of you, which in most cases it won’t be. This is just one example of unique teching in a deck and I think it goes to show how a good idea might not be openly understood.

Another example could be a 1-of tech Shaymin UL in an EelZone list; why tech Shaymin when Magnezone can Lost Burn Energy from anywhere on the field? The most notable reason would be that maybe you want to attack with an active Thundurus EPO, but don’t have the Energy for the manual attachment, or maybe one of your Eelektrik NVI has been dragged into the Active Spot with Catcher and you want move two Energy onto it to retreat into Magnezone and then re-attach the Energy you used for the retreat onto a bench Pokémon of choice.

The point I’m trying to make is that good techs might not be obvious and players copying these lists without knowing the thought behind why certain choices have been made may regret not understanding list as it could cost them games.

Mark A. HicksIn conclusion whether net decking is good or bad should come down solely to the person who is asked. Sure some people hate the idea that such a concept exists, but in all honesty I’m hoping that I’ve shown above that net decking can be a useful tool for getting into the game and learning how to build a deck.

I’m not condoning its use, but I’m not here to condemn it either; net decking is a part of the game and it’s down to each individual player to decide whether they want to or not.

Also remember guys I’m always willing to take article requests, feel free to either PM me or leave a comment on my Facebook page.

Until next time, stay in the top percentage. 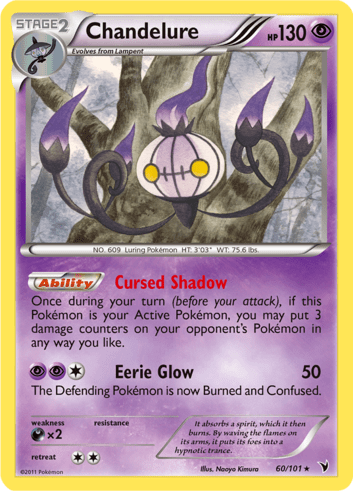