(Note: This article is aimed at newer players who want to learn why their Luxray/Raichu/Weavile deck gets destroyed by just about everything way too easily and what they can do to change that fact. If you’re already a skilled deck builder – or at least know why using pyramid lines is a bad idea – this article will not teach you anything you don’t already know. I suggest reading this excellent article by Vysekun instead.)

wchfh.orgIt’s something that a good player has to master, and something that holds a lot of new players back from playing at a pro level. However, if you know how to do it properly, it’s honestly not that hard.

With this article, I’m going to try to go through the basics of proper deck building, common newbie mistakes and how to improve on and test your deck once you’ve got a solid starting list. Let’s start with the first step of making a good deck: Building a basic list.

Common Mistakes: What the Theme Decks do Wrong

Most new players’ first experience with actually playing the Pokémon TCG is through a theme deck. While they’re a good introduction to the game mechanics, the theme decks’ card choices and amounts are very non-competitive. When these new players then attempt to get into the competitive game and build a deck on their own, they’ll likely base it off of a theme deck and proceed to get completely annihilated by a player with a competitive deck.

However, learning to avoid these mistakes is as easy as realizing them and understanding why they’re considered mistakes. To point these errors out, I’ve taken a standard theme decklist and compiled a list of things it does wrong and ways to improve on the faults.

This is the Explosive Edge theme deck from our newest set at the time of writing, Next Destinies. It’s a fairly standard theme deck that, while containing a few useful Trainers, also contains a lot of the easily avoidable “theme deck faults.”

emhotep.netPyramid Lines are evolution lines that are, as the name suggests, are pyramid-shaped (for example, 4 of the Basic Pokémon, two Stage 1 Pokémon and one Stage 2 Pokémon, hereby referred to as 4-2-1 lines), like the Chandelure line in this deck. Using lines like these is not recommended for one simple reason: when you’ve got your single copy of the Stage 2 out, what are you going to do with the leftover Stage 1 and Basic Pokémon?

If you use a Stage 2 Pokémon in your deck, its Stage 1 and Basic forms are usually only used for evolving – and once you’ve evolved into your only Stage 2, you’re stuck with a bunch of useless unevolvable Pokémon taking up space in your deck.

To fix this problem, you could either remove some of the unnecessary Pokémon or add some more evolutions to make a 4-4-4 line so your extra Basics won’t go to waste. For the purpose of improving this deck, I’m going to go for the latter option since Chandelure is one of the better cards in the deck.

(Note: I realize that I’m going over the 60-card deck limit here – it’ll all work out in the end.)

More than One Energy Type

This isn’t something all decks have to follow – many popular decks like The Truth and CaKE use multiple types of Energy – but using two different types of Basic Energy like in most theme decks is generally a big no-no. While it may seem very nice to cover one type’s Weakness with another, what if you have a fully evolved Chandelure active and ready to attack, but you only pull Water Energy?

To improve consistency and reduce the possibility of the above scenario happening, we’re getting rid of the weakest type in this deck – in this case, Water.

(The Colorless Pokémon that are usually thrown into theme decks – in this case the Persian family – usually aren’t great either, but since Persian has a decent first attack, we’ll be keeping it in the deck and adding the second Persian to get rid of a pyramid line.)

In doing this, we’ve also fixed two major problems most new players’ decks have: Too many Pokémon and too much Energy. High counts of Pokémon and Energy serve no purpose when the same effect of consistently getting that one Fire Energy or Reshiram you need can be acquired by the effects of Trainer cards, which make space for a few extra empty card spaces you can fill with even more consistency-boosting Trainers. This brings me to my next point:

pokemon-paradijs.comIn the original list, this deck had about 30 Pokémon, 10 Trainer cards and 20 Energy. Look at just about any competitive decklist and you’ll see that the card proportions are more toward 15-25 Pokémon, 5-15 Energy and 20-30 Trainers.

Trainers are vital to your deck because, even though you can’t actually win the game with only Trainers, they help you search for and draw the Pokémon and Energy you need to get going. Trainers help you get set up and ready for battle as fast as possible, hinder your opponent from setting up faster than you and keep your Pokémon going through the later stages of the game.

If you don’t use enough Trainers, you’re going to let your opponent set up quicker than you, giving them a huge advantage in the match. Also, the more search Trainers you use (for example, Pokémon Communication or Pokémon Collector), the fewer Pokémon you’ll need. If you can easily search out that Litwick, you don’t need more copies than the absolute minimum just to make sure you draw one!

Now, of course you can’t just throw in random Trainers and expect a consistent deck. There are a lot of “dud Trainers,” for example the Supporter Bill and the Item Full Heal, that are either outclassed by other, better cards or just serve no good purpose.

To make the process of finding good Trainers easier for new deckbuilders, here’s a list of common HS-on “staples” – cards that are recommended in most decks because they’re just useful, in order of necessity:

So let’s include some of these in our deck and get rid of some lesser needed ones!

Speaking of lesser needed, let’s get on to the next mistake:

Not in the sense of Basic Pokémon that actually can’t evolve, but Basics that have evolutions that are not in the deck. In this deck, that includes Darumaka and Pansear. Since these Basics aren’t good at all on their own, we’ve again got two options: either add their respective evolutions, or get rid of them altogether. And since their evolutions aren’t much to speak of either, we’ll go for the latter.

This looks much better, doesn’t it? Now that we have our basic list down, it’s time to move on to the second step of deckbuilding:

What do I mean with “fine-tuning”? Well, while we have a somewhat solid deck, it’s still a bit rough around the edges. It still has a few unnecessary cards and it’s a bit on the slow side, and I get the feeling it’s lacking something. What we need to do is effectivise the deck to improve consistency and speed; we need to fine-tune it.

One way to fine-tune is to look at the Pokémon you have in your deck and see if they have anything (say, an attack effect) in common. Then, check if there’s any card in the format that can support that effect, or that complements it – if you will, a card that has synergy with the other cards.

For example, Reshiram NXD, Chandelure NXD 20 and Arcanine NXD 12 in our deck all have something in common: discarding or “burning” Energy. And we’re in luck – there is a Pokémon that recovers Energy from the discard pile and attaches them to your Pokémon: Typhlosion Prime!

This deck’s main attackers, while having relatively powerful attacks, all have the downside of sometimes having to discard attached Energy. However, Typhlosion’s Poké-Power Afterburner attaches Fire Energy from the discard pile to your Pokémon, also giving them a damage counter which boosts the power of Reshiram’s Outrage attack! See the synergy developing here?

We’re going to go ahead and add a solid line of Typhlosion to the deck, removing a 1-1 Arcanine line (we hardly need more than 2) and the now superfluous 2-2 Persian line. We’re also getting rid of a 1-1-1 Chandelure – even without the fourth Chandelure, the 7 main attackers that we have should be more than enough.

But wait – remember Rare Candy? Rare Candy’s effect allows you to skip an evolution stage when evolving a Basic into a Stage 2. And since that takes less time than evolving manually, and therefore is more effective, we don’t actually need as many Stage 1s as Basics and Stage 2s! So then, what we can do is this:

This’ll free up a card slot we can use for the essential Mewtwo-EX, which at the moment is sort of a “play it or lose” card. It’ll also give us a good secondary attacker that with 170 HP doesn’t really care about that Afterburner damage counter.

However, this deck is still a bit slow early-game. After all, it relies on getting a Stage 2 set up to actually make it work. We need something to help it set up quicker, and for that we’ve got the all-hailed sleeping pink baby Pokémon, Cleffa HS. Its attack Eeeeeeek allows you to refresh your hand if you get a bad start, it can stall with its Poké-Body, and it’s got free retreat for when you’re all set up. Oh, and did I mention it’s searchable via Pokémon Collector?

After this fine-tuning session, we’ve ended up with this list:

Ah, that’s much better. With Typhlosion we’ve actually got a strategy now, Cleffa improves our draw, and the deck overall looks pretty solid. Time for phase 3:

This deck looks pretty good in theory, but we still have no idea if it’s actually going to work against the competitive decks of today. Therefore, we’re going to play a few matches against popular metagame decks with this deck and see if it holds up.

To test your deck, you can either take it to your local League and play a bunch of matches, or you can test from home using programs like Redshark or the official Pokémon TCG Online. I like using Redshark, but that’s just me – go ahead and use whatever method you prefer.

Currently, the decks to test against would be ZPST, CaKE, Thunderdome, ZekEels, Celebi/Mewtwo and Durant. When testing, I like using the Cabd method

, which means playing 10 matches against every top-tier deck, recording the win/loss rate, and changing the deck from there.

I’m not going to list my testing results because this is not a deck article per se, but in testing I found that Chandelure was usually not worth going through the trouble of getting out, and that I used Arcanine more than expected. I also found myself needing PlusPower more often than expected, warranting an extra copy. I’d go ahead and change the list like this:

A pretty solid deck for being based on a theme deck, I’d say.

In this article, I’ve attempted to show the development of a semi-competitive deck – or rather a deck that, while not great by any means, has the makings of a competitively viable deck – from a standard theme deck. Keep in mind, though, the best way to improve on a deck is to test, test and test ‘til the Miltanks come home. I can also recommend this excellent article by Vysekun for further, more advanced reading on deck building.

I hope this article has helped at least a few newbies understand how a competitive deck “looks”, and as always constructive criticism is greatly appreciated! 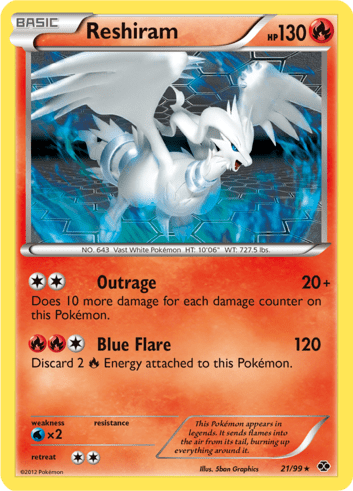