pokegym.netIt seems common nowadays to align yourself with particular card stores. One well-known video series has stop2shop.com. Another, until recently, had Collectorscache.com. Now we all know people in the US generally use Professor-oak.com (PO) and Trollandtoad.com (TT) almost exclusively, but far be it from me to suggest that people merely promoted these sites for financial gain. For the record, I SO would!

Personally I like Chaoscards.co.uk (CC). It’s a UK site which, unfortunately, is not paying me. Having said that, I just bought a box of Next Destinies for £77, delivered, with 100 penny sleeves and a sexy Diamond and Pearl-era deckbox thrown in for free. Can’t say fairer than that.

So, what’s the point of this intro? Well, Chaoscards broke my heart last night. After seeing TT put Mewtwo EX for pre-order at $40 and climb steadily rather than decline ($80 as I write) and PO pop it on at $65 before quickly selling out, CC was the last bastion of hope for me to get myself some lovely Mewtwo EXs at a decent price. £40. Actually, that’s a lie. £41!! (Which equals about $65 US.)

Ok, I’m sorry, I keep lying. I could just open packs. Now, based on the information on forums and from pre-releases it seems somewhere in the region of one Mewtwo per 2 boxes. Well I can get 2 boxes for £154. Ah, might as well buy singles.

Now here ladies and gentleman, comes the ultimate irony. I actually DO have £160 in my bank account that I could, in theory, spend on Mewtwo EXs. So why all the ranting? That’s my Hawaii fund. Yep, I can’t buy Mewtwo EXs without impacting my chances to save to go to worlds this year.

Am I the only one annoyed by this?

Now some of you know, though few I would imagine, that I am actually a professional business teacher. If I take away my personal feeling of rage at the whole fiasco, it is actually very interesting from a business perspective.

Pokémon Japan makes the cards and we get them from Japan. So let’s take away any blame from Play! Pokémon (P!P) for this. Actually, the card isn’t that good. As has been discussed at length previously, it is kept in check by…. itself. The problem is the combined factors of how good it is and how rare it is. And it should be rare. There are 6 EXs, each with a regular and a FA and we get 3-4 (combined FA and normal) per box.

This gives us the situation where the pull rate is just too low. This is not a problem for any other EX. No other EX is as good. Shaymin makes a good late game sweeper, but is hard to splash. Regigigas is splashable, but not game-breakingly-amazing. Zekrom, Reshiram and Kyurem are all good and all have their applications, but they all work into different decks. They have the same rarity but with a lot fewer people after them, so it doesn’t create massive problems.

Mewtwo is a card that is very good AND very splashable. It has the potential to win games single-handedly. One of the best decisions in the design of the card is that it’s weak to itself. One Mewtwo EX gets a KO then the opponent plays one and gets the revenge KO. It makes for interesting strategy and keeps everything in check. But what if only one person has the financial means to get a Mewtwo? Or one person has one but the other person has a playset?

See the problem? The rarity of EXs is set specifically by P!P. It keeps the good cards hard enough to get to ensure that both players and collectors buy a bunch of product and make P!P a healthy profit. This is good because no profit for P!P means no organised play. We need them turning a healthy profit because the time they stop making profit is the time we stop getting tournaments. The rarity of Mewtwo and its playability however combine to ensure that everyone needs one and not everyone can get one.

Now my personal beef comes from the time and money I put into the game. I buy a box of every set. I also buy pretty much every tin, blister pack and anything else with a promo card released. This season I have gone to 6 Battle Roads, 1 States / Regionals and 3 Cities with 2 Cities, 3 States / Regionals and Nationals to go, as well as goodness knows how many Spring BRs and a flight leaving for Holland in one week for the European Challenge Cup. I have no Mewtwo EXs. I don’t fancy paying £160 for a playset.

I have been furiously testing a super-fast Mewtwo / Regigigas (no, not with Celebi Prime) deck which I had high hopes for. I was hoping to run this for the ECC next week. To do so would actually cost more than my flights (£85), accommodation (£60) and entry fee (£5). Combined.

So we can’t blame P!P. Surely we can blame the re-sellers? They take a card and, because they know we want it, inflate the price ridiculously knowing that we’ll pay it. Tell me you wouldn’t do the same in their shoes!

The problem is that hype creates an illusion of demand and whether that ends up real or not is irrelevant. The price goes up. How many people have even tested extensively with Mewtwo? How many people really need them? How many do they really need? I would wager that these questions were not answered before the hype train left the station.

Here’s my conclusion on the business side of this: It’s easy to see why it happens. P!P sets the rarities for a reason, sellers set prices that people will pay based on information available and people buy cards that they think they need to win tournaments. So it’s all ok then?

What should Pokémon do about it?

TT knew how valuable Mewtwo was. PO knew how many players wanted Mewtwo. CC knew how sought after Mewtwo was. So are we really to believe that P!P didn’t?

I see this as a rare example of a card that changes everything. Maybe only for a short time but it certainly seems to for now. Something could have been done to make this easier. I am not saying league promos, that would be silly. How about a box with a promo one? What’s that? They are doing one? Well that’s awesome! Oh, it’s oversized and not tournament legal? Well, that sounds a bit preposterous.

Kyurem, Zekrom and Reshiram are getting tins. There IS a Mewtwo box, it just doesn’t contain a legal Mewtwo. So, we pay £40+ or just keep buying packs and crossing our fingers. We could of course just not play Mewtwo. Great idea except for the people who will pay out and play it regardless.

Pokémon Catcher changed everything 2 sets ago. In one of the most cynical moves I have seen by them yet Pokémon actually changed the pull rate so that whereas you will usually always pull a playset of every Trainer from a set in every box you generally got 2 Catchers. I didn’t complain. They were like $10. It’s not the end of the world. Not every deck needed them.

Everyone knew how much hype Mewtwo had and how useful he would be for tournament decks for the near future. Surely this is an absurd situation?

I am going to leave you with one idea: Pre-order bonus. A free Mewtwo EX with every box purchased. If anything this would fuel product purchases, raising the profits of P!P. It would make it easier to get hold of for competitive players and it would also stop the re-sellers taking the profit away from P!P.

Or, just put one in the Mewtwo box.

How can we Screw over Moo2?

So, what can we do about it? Well, I’m not going to go into detail about the merits or otherwise of Mewtwo EX as a competitive card. Enough people have done that over the past couple weeks so please check out one of their fine articles. I am here to talk about what we can do.

pokemon-paradijs.comThis boy IS viable. If you win the flip and get a T1 See Off then you’re in good shape. Jumpluff HS is worth a go, but do remember that you need 9 Pokémon total to get the 1HKO and if your opponent sticks to 2 Pokémon you could struggle.

You could run him without Vileplume UD and with PlusPower, Jumpluff and Seeker (for if they’re stupid enough to only have 2 Pokémon out). Prism Energy and Rainbow make it easier than ever to balance the need for both Grass and Psychic energy and Lost Remover does nothing when you drop the energy, get a KO, then get killed. It might be worth running Energy Exchanger to ensure the T1 See-Off.

Crobat Prime makes a nice tech for big Pokémon like Magnezone, Muk UD can be nice against Trainer lock decks and Cinccino BLW can be a good call for the guaranteed 1HKO on Mewtwo, but do remember that you’ll need to be cycling DCE in order to do so.

If you’re running him without Vileplume then you need the Durant mentality whereby you’ll be losing one every turn. In this case make sure you pack Revive, Super Rod, Dual Ball and Collector in high numbers to ensure you always have a Mew ready. When you’re trading 1HKOs for 2HKOS, it’s all good.

You could run into trouble if they use alternate attackers, but Mew will destroy Celebi and you can use your own Lost Remover to neuter Tornadus EPO or whoever else comes out. You may need an alternate attacker for this and someone like Cinccino, Tornadus or anyone that can toe-to-toe with Tornadus will be good here. I even like Terrakion NVI. Yes he 2-hits Tornadus but he DOES 2-hit Tornadus. He also helps against the multitude of Eel decks you’re likely to see.

Alternatively you could run the traditional Vileplume variant. I always hated this, but then the format caught up and killed him, which made me happy. I’m not sure how good this will be against Mewtwo. You need a couple turns to set up and they can be taking prizes from T1. There’s been a bit written about this in the past, but I think the format might have moved on too much. Having said that, Trainer lock plus Muk and Crobat can be nice against Magnezone and the big EXs.

But combined with Iron Breaker for 80……. Bear in mind also that Iron Breaker with a PlusPower will get a 2HKO. Cobalion also only gives up 1 Prize to Mewtwo’s 2.

In a Trainer lock deck Cobalion can take down Mewtwo nicely. Outside of this Iron Breaker can be “Switched” out of, but it could work. Mewtwo will also likely have a speed advantage over you. Pairing him with Electrode Prime and getting a T2 Energymite could even the odds however.

So, debate over a card which everyone needs but few can get or a rant by someone throwing the toys out of the pram because he wants a card he can’t get? I hope the former, but I could have misjudged things.

1. To make a card as universally good and hard to acquire as Mewtwo is silly (but then, so is hyping it so much before it even comes out); and

2. It’s not the end of the world. We all made anti-Sabledonk decks, let’s go make anti-Mewtwo decks!!

I’m going to the European Challenge Cup in a week and will be posting updates as often as I can, hopefully including pictures of standings at regular intervals. If you ask nicely I can possibly also give updates in particular players. 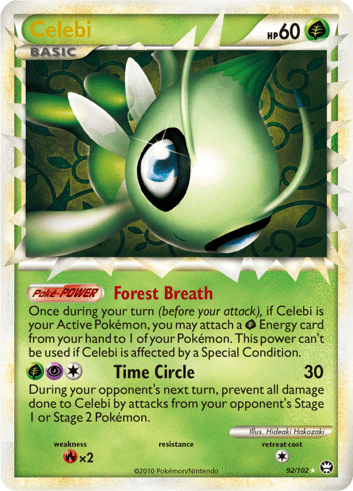