How many Pokémon can 1HKO an Pokémon-EX? Not many.

But from the obscure land of binder-ia, Seismitoad NVI emerges with the release of Next Destinies to take on just this challenge with its partner-in-crime, Wigglytuff NDE. While not exactly tier 1, this deck has been making its way into many a league session, just for its sheer fun factor and huge damage output (up to 180, in case you’re wondering).

For those unfamiliar with the deck, the idea is to swarm your field full of Pokémon holding an attack called Round. Previously, this was rather unimpressive; only Palpitoad NVI and Seismitoad NVI had this attack, and obviously both evolve from Tympole, which puts the maximum number of “Rounders” (as they will hereby be called from now on) to four, which is the maximum number of Tympoles you can have.

With Wigglytuff NDE joining the fray, the deck finally gets some sort of viability. Not only that, but because Wigglytuff’s Round also costs the same as Seismitoad (two C energy), it makes a perfect starter for that T2 prize, unlike Palpitoad.

This was my first build:

I only had three Seismitoads, not only because it was all I had, but because Wigglytuff could handle the fort while building up Rounders. This version did quite well, consistently setting up by the third turn.

pokebeach.comThis card was both the deck’s greatest strength and weakness. Between the mind-boggling 19 search and draw cards, a T1 Playground was virtually guaranteed, paving the way for a T2-3 setup. But here’s where its amazingness ends.

Pichu is a dead weight on the bench. And it limits your damage output. Unless your opponent is desperate enough to take the cheap prize early game, Pichu turns into a liability fast, to the point where I often had to force Pichu up just to let it get KO’d to clear the bench.

This card was almost tailor-made for this deck. The only card you can’t get is Seismitoad, making it an auto-inclusion. Pokémon Communication gets you Toadzilla, and reduces your hand size before a Juniper.

I just needed more refreshers, and Copycat was better than N in the later stages of the game. Juniper discarded way too much early game for me to justify more than two.

I would never run less than two, not even if I had the space for a fourth Junk Arm. Like the old Jumpluff, it’s all about recyclability, which also explains why Rescue energy is maxed out.

Immediately after I solitaired a few games, I discovered a few flaws. One, the amount of search I had for Pichu was so huge that Collector became redundant. In fact, I never even used it once during setup.

The other problem was Rare Candy. It could be the numbers, but even if I were to fit in four, I doubt it would have made a difference. I was relying so much on Palpitoads to jack up my damage that the chance to use them almost never came up. This card is obviously meant to be used early game, and from that logic alone, cannot be excluded.

The deck also suffers from a slight energy problem because of a lack of Energy accelerator. Fortunately, Seismitoad’s bulk makes up for this if only by a little.

Scouring various forums for tips and advice, I found that Pichu users were actually somewhat rare. I already knew the problems Pichu was causing, so I decided to dump it and go for the traditional setup option.

In its place, another Collector and Rare Candy.

Why Pichu is Needed

The results were drastic: I was looking at a T4 setup on average, if not worse. It was just not feasible to rely on Collectors to fill my bench, especially in a Catcher-filled metagame.

“What about Dual Ball?”, I thought. There, I hit another snag: from my Durant experience, I knew that filling a bench using a Trainer-based engine just could not work, especially since I was filling two more spaces than Durant.

And so I went back to the drawing board.

With the exclusion of Collectors, out goes the Pokégears as well for the much needed Catchers and more draw. I also switched a Rescue energy for another Water energy after the many repeated reminders from my friends about the presence of Lost Remover. Rare Candy is also dropped in favor of even more search cards.

A third Switch is definitely the 61st card to go in if I had the space, simply because of the crazy amount of Catchers in our format. If I had to drop anything, it would probably be the Communication.

Otherwise, that Pichu problem is still staring at me in the face. I could probably run a copy of Seeker and two Twins to deal with it. Super Scoop up is just too flippy to work well, but it could double as a healing option, so that’s in the works as well.

Besides that, I feel that the deck in general has been doing good to me. Granted, it doesn’t have the means to combat speed decks that are all the rage in the format right now, which is why it will never reach the top tiers any time soon. 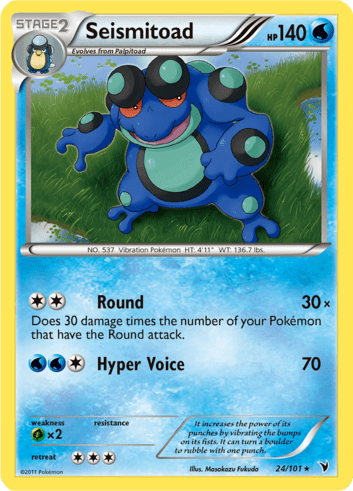