Hello 6P, Stephan here with another CoTD. Today I will be reviewing Vanilluxe NDE, a very interesting card. I will review its attack, Ability, HP, retreat, weakness and artwork. So, let’s get right to it.

pokegym.net130 HP was pretty awesome a set ago, but now that we have the EX dragons, it isn’t that great. It avoids the 1HKO from Zekrom BLW and Reshiram BLW still, but it shouldn’t be in the Active anyway. Not great HP, but not awful either.

It can be best described as a person who can’t get any Pokémon Catcher or Reversal’s way of sort of disrupting your opponent and getting a free Switch in the process, but your opponent gets to pick which Pokémon they send active, and its on a Stage 2 Pokémon.

It is interesting, but not very good. It could be useful in VVV or maybe The Truth, which are dead or almost dead, respectively. You do not need to go buy 50 copies to make a fortune off of them when the price rises because it never will; it has almost no play value and no collectible value.

Well… Crushing Ice is just plain bad. I could make a pun and say that it is vanilla, but that would be a lie. It is just awful. For (WCC), it does 60 damage +10 more for each energy in the opponent’s retreat. You should never be stuck attacking with it. It can 1HKO Emboar, but in the decks you would be playing it in, you would have almost no way to get it active unless it is your opponent’s only Benched Pokémon, because you need to run this under Item lock, if you are crazy enough to run it.

He has an irrelevant weakness, which is pretty cool. I know, my puns are awesome. But, seriously, his weakness is probably the only good thing about this card. A Retreat Cost of two isn’t awful, because of his Ability. His resistance is none, so nothing special.

What decks should he be used in?

pokemon-paradijs.comWell, none really. I can give a couple, and this article is running short anyway, so here they are. I know that most are dead/almost dead, but, still, here they are.

The Truth obviously runs Vileplume which makes Vanilluxe immune to Catcher. You could run it to get Pokémon like Regigigas-EX or Terrakion out of the active, but it is another Stage 2 to set up, and you would probably have to run a pretty thick line of them. It is a possibility, and if you can get it set up, it can be used to get its really high retreat attackers out of the active if you have to, but it would be extremely hard to set up.

Well, it can be kind of disruptive, and you are already running Vanilluxe and Vileplume, but there is almost no reason to use this here. You will already be Paralyzing with Vanilluxe NVI, so you shouldn’t need to play this guy, because Paralysis is already disruptive enough. I can see it as a 1-of, but no more, and because you are already running Vanilluxe.

What do I rate this card?

I will have to give it a 4/10. In the decks you can use it in, you are already running two Stage 2 Pokémon, and adding a third one isn’t going to help your consistency. I really want this card to be good, but it is outclassed by Pokémon Catcher, Pokémon Reversal, Pokémon Circulator, Bellsprout TM, Carnivine TM, and Switch.

It falls really fast to Pokémon Catcher as well, and in the decks that you could run it in that have Item lock, you would need a 2-2-2 line, and a slightly disruptive Ability that can get a Pokémon out of your active is really not worth one-tenth of your deck.

Well, I hope everyone enjoyed this article, and remember to +1 if you did! Until nEXt time, happy testing! 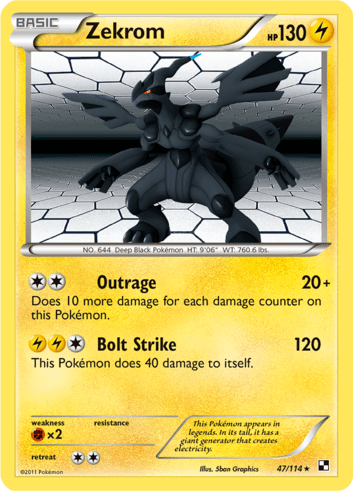