Having the mindset that I would be judging all weekend, and skipping the next weekend of Battle Roads entirely, I knew I had more than enough time to test. I had a Darkrai EX / Tornadus EX / Weavile UD deck built that I had spent a little time with, but hadn’t been fully tested and adjusted to my liking.

In typical “me” fashion, I check my email before bed – only to find out that I would, in fact, be playing on Sunday due to a conflict in schedule for another judge.

Enter “Build a deck and test everything possible really fast” mode. Also enter “I have too many things to do that take precedence over either of those” mode.

Fast forward to Sunday, and I show up with the same Darkrai EX / Tornadus EX / Weavile list that I had, knowing my chances of doing well were highest with what I was familiar with playing. Like a lot of us, due to outrageous prices and low pull rates, I was forced to borrow 3 Darkrai EXs. Huge thanks to those who let me borrow them: Lynda H., Catherine P., and Josh R.

Ah, good ol’ Mike. Mike’s a good friend of mine, and it’s always a good time when we get to see each other. Even though he’s hit a bit of bad luck this season, he is a force of nature when it comes to this game.

Mike and I actually played a fun game during registration to pass the time and netted me my first ever loss with the deck I was playing. I learned a lot from that game, but it crushed my spirits when I saw we were paired for round one.

“Heads. Tails always fails,” he claims while I roll the die.

He was spot on. He gets to go first, and gets going out of the gate pretty fast. He ends the turn with two Darkrai EX, Sableye DEX, and Terrakion NVI in play. I started with a lone Tornadus EX and subsequently have to play catch up the rest of the game.

I feel like I played this game to the best of my ability, though I realize quickly I made a mistake that affected a good portion of our game. I managed to get off a claw snag, noting two Professor Junipers as well as Prism Energy and a multitude of other things. I tend to get all starry-eyed when I Claw Snag and see supporters in my opponent’s hand, so I opt for the Juniper to be discarded, realizing later that I allowed him to use the Prism to power up his benched Terrakion to take some easy prizes on my own Darkrai EX.

He wins the game by Catchering a damaged Tornadus EX, then using Night Spear to knock both the Tornadus and a damaged Sneasel out for 3 Prizes. Good game, Mike!

I get to play another familiar face here! Generally, I tend to hate playing friends at tournaments, though due to the lackadaisical nature of Battle Roads, I love getting paired up with friends. Before we started up, we both came to the realization that he and I had never played before. Entering uncharted territory, I knew it’d be a fun game!

I go first this game, getting a bit of a slow start. I manage to draw into two copies of Tornadus EX, only getting one powered up manually through regular attachment. I was careful about attacking his Reshirams – recklessly attacking for 100 was going to cause me a lot of outrage pain in the future, so I opted for Blow Through in numerous cases over Power Blast.

My draws in this game were particularly bad for the first five or so turns. It’s weird to say this, but I actually kept drawing into too many supporters. Using a Professor Oak’s New Theory only to find yourself with six new supporters can be a little disheartening.

Despite the awful draws, I finally managed to get up a Darkrai EX a few turns later, leaving him only with a damaged Reshiram-EX and a Victini NVI 14 with thirty damage on it. I use Darkrai’s Night Spear for the game, taking 3 Prizes and leaving him with no more Pokémon.

pokemon-paradijs.comYet another familiar face! Kyle is actually the person who taught me how to play the first time I went to a league. Kyle’s a regular at our league and always a joy to play. He loves to play decks with the sole purpose of annoying his opponent, and boy does this do it.

“Problem?” plays very similarly to your standard Lilligant list, except Kyle’s addition of Scrafty is really unique. Scrafty allows the addition of the Burn status condition, ideally getting those pesky EXs and other huge HP Pokémon in the discard a bit sooner.

We start off the game with Kyle getting an expectedly slow start. I’m able to claw snag his hand the same turn I can take my first 2 Prizes on an active Scrafty and a benched Tyrogue HS with Night Spear. I see a Twins, choose to discard that, and take my prizes.

I’m able to take a third prize before he establishes the paralysis lock. Doing some quick math, I realize that I’ll be able to take all 3 Prizes before he’s able to take his six, even being under the lock. He takes 2 Prizes on my first Darkrai EX, and I respond with a KO to his active Lilligant and a KO to a damaged Victini NVI 14.

He proceeds to slowly Knock Out the second Darkrai EX via Lilligant and Scrafty, though I have a fully powered Tornadus EX ready to take the final prize for game.

I’ve seen Robby around at a number of tournaments, but never had the chance to play him before. After playing and talking for a bit, it turns out we’ve both spoken to each other on multiple occasions online about all kinds of nerdy guitar gear. Robby turned out to be the one of the coolest dudes I’ve gotten to play; it was a pleasure to finally meet him!

I get off to another slow start here, but Robby does as well. He started with a lone Mewtwo EX, which never left the Active Spot until about turn five.

I honestly don’t remember much about this game, other than the fact that it turned out to be one of the more stressful games of the day. While he’d never admit it, Robby was a fantastic player and really gave me a hard time.

I was able to win by taking my final 3 Prizes with Night Spear. In what would unarguably be called “Dark Patch and Pokémon Catcher shenanigans,” I managed to power up a fresh Darkrai as well as Catcher up his Mewtwo EX to take the final prizes. Still not sure how I pulled that off, but my deck was rooting for me on that one!

pokemon-paradijs.comFor our fifth and final swiss round, I was playing yet another familiar face. Catherine’s a great friend of mine who’s helped me out with a lot of things, including borrowing a Darkrai EX that I’d soon be using against her, so I was both excited and anxious to play her.

It turns out that I was the only 3-1 to get paired down to a 2-2. I knew that even if I won this game, my resistance would be shot, and with a cap of Top 4 for Battle Roads, I likely wasn’t going the whole way today.

We start the game off with Catherine going first who gets an absolutely explosive start. At the end of turn one, she had a nearly full bench as well as 3 lightning energy in the discard, thanks to a Professor Juniper she was able to use via Smeargle CL’s “Portrait.”

After a complete set up by turn 2, Catherine barely saw any more supporters for the rest of the game. I intentionally Knocked Out every Smeargle that hit the field to try and keep that streak going which did wonders.

Despite my terrible set up early game, a few Claw Snags and Junipers of my own later, I was back in the game, and in the lead. She eventually drew into Random Receiver to net her own supporter, and the game finally ended up at 1-1 on prizes.

Catherine burned through, I believe, 11 cards on her second to last turn with the intention of finding an N to bring me down to one card in hand. Despite such a valiant effort, she failed.

The next turn, I was able to power up a new Darkrai EX via Dark Patch and Shaymin UL, responding with my own N, knowing that she’d need a Catcher to win the game. Like most of the game, she didn’t draw well off of the N (a Super Rod, if memory serves me) and thus lost the game.

[As an aside, check out her YouTube channel; TheCatsMeowth. She does tournament reports, pack openings, and even has a master set video as recent as Next Destinies!]

I’ve had my doubts for a while now about making Top Cut, though I decide to organize my deck anyway. I do this partially out of hope that another 4-1 has worse resistance than I do, and partially as a way to keep myself from getting too anxious about the standings being posted while I had to wait for other games to finish.

sbrownehr.comAll in all, I finished 5th place, missing cut on resistance. I did, however, have a great time; which after a poor Regionals performance and experience, was exactly what I needed to get excited about playing again.

I hope you all enjoyed my first article! If I make it to any more Battle Roads, I’ll be sure to take a notepad to get a more detailed report for you.

Also, if you have the time, please check out and subscribe to my YouTube channel, FHamiltonMusic. I cover video game music, including this Pokémon medley here: 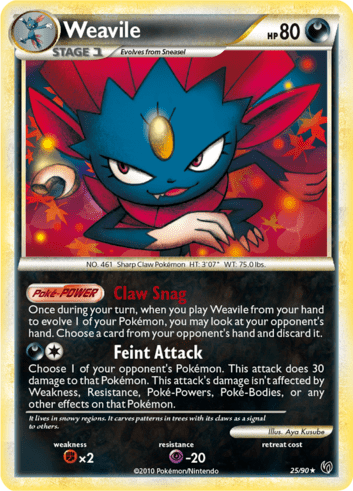