goodluckvarsity.comMy name is Evan Baker, and I’m a Pokémon player from Michigan and a co-founder of the Detroit-area Pokémon community known as Team Warp Point. I’m also a member of a rock band called Good Luck Varsity, which is the reason I’m writing this article. There are 4-of us in the band, and all of us are avid Pokémon players.

Over the past several years, we’ve had the privilege of touring the country 5 different times, and it isn’t uncommon for us to fill our downtime with games of Pokémon whenever and wherever we can find a table.

We’ve also been known to schedule off-days on our tours to attend Pokémon events, or even route our tours toward events. This year is no exception; the tour we’re currently on will culminate in Indianapolis at the US National Championships.

With Nationals just a few weeks away, I wanted to let everyone know about an event that will be taking place for the first time this year. On Friday night after the first day of Swiss, Good Luck Varsity will be hosting the 1st Annual Unofficial Pokémon Nationals Afterparty! We’ve rented out a VFW hall less than 2 miles from the Convention Center, and we’re bringing along two of our favorite Michigan bands, Rival Summers and PK Fire. Both bands are awesome and also have Pokémon-playing members who will be competing at Nats.

For those of you who have been to Nationals before, you know that while Indianapolis is an excellent host city, there simply isn’t much nightlife downtown for anyone under the age of 21. The mall shuts down at 9, at which point you’re left to sit in your hotel room watching reruns of Family Guy and regretting your decision to try to break the format with your Nidoqueen deck.

Hopefully, this show will be a great way for Pokémon players from all over the country to meet some new people and catch some great music as well. We’ve done our best to keep admission for the show as low as possible. At just $3 a person, it should be an affordable and fun way to unwind after a long day of competition.

You can check out the official Facebook Event Invitation HERE, and you can see which players from around the country have already confirmed their attendance. And if you’re interested in finding out more about Good Luck Varsity, you can watch the brand new music video for our song “Lakes” which was recently featured on the front page of Alternative Press:

Thanks everyone, and see you at Nats!

[Editor’s Note: I really hope everyone comes out; it’s going to be a ton of fun!] 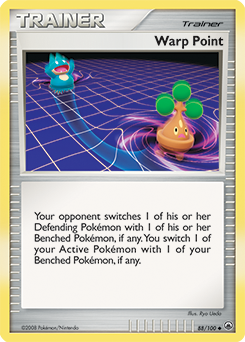