pokemon-paradijs.comHello Pokémon players! This report covers my experience at the UK Nationals this year. It was a large event for Europe (81 Masters); however this I’m sure is somewhat negligible compared to the hefty 1005 Masters that turned up in Indiana last weekend!

Deciding on a deck for the event, I still hadn’t chosen and it was a mere number of days until the event. I had experience with Darkrai/Hammers through using it for 2 BRs, but hadn’t tested the other variants as much as I’d have liked to. Zekeels seemed theoretically decent, but as I had avoided it at States in favor of CMT (which I took to several Top 8 and Top 2 finishes), it seemed slightly illogical to use a deck that I had not used at the peak of its prominence.

I really liked CMT for States, but I felt uncomfortable with Darkrai’s residual 30 damage from Night Spears, which punished you for accelerating your Energy early on. Item lock seemed inconsistent at best; playing games with the variants out there, I felt that if it missed its Vileplume by turn 3 it was dead. I mulled over a Darkrai Terrakion build I had, changing counts round, and felt ok with it.

At this point I’d like to give a shout out to Myles on the 6P forums. He mentioned he used Darkrai Terrakion with Prism Energy for Australian Nationals and got Top 4 with it there. I considered Prism’s uses, how it allowed to free retreat a bad starter into Smeargle and also got that crucial first “Fighting” on the field (for mirror). It seemed really good in theory, and after testing it I realised I liked the idea a lot.

I reviewed both my initial Darkrai Terrakion list and that of Myles, and made a third list, with the best points of both; I upped counts of cards to fit my playstyle and after these modifications, I was at last ready for Nationals.

Round 1 VS Dave Martin w/ CMT

It seems like an ok match at first. He mulligans and I topdeck another Basic and bench it immediately (Smeargle active) – a wise choice as he not only goes first, but gets a T1 100 on my active. I try to keep up but this game is a sad affair. My Portraits hit nothing for most of the game; he gusts up more small Basics and KOs, takes out a Darkrai with by this time a Mewtwo with a ton of Energy on it and it comes down to a crucial turn in which I N him to a low hand count. I KO the Mewtwo with my own… but he gets an out to Catcher for the last prize.

I couldn’t have done much to avoid this happening; if CMT gets that fast a start, Darkrai struggles (it’s only out being to hit the Max Potion/SSU…which I didn’t)

Round 2 VS Zekeels (can’t remember the name, sorry!)

This game seems alright, but he gets the atypical double Eelektrik T2 and with a Zekrom-EX taking out my Terrakion that I started with, and I am struggling to keep above water. I change to Darkrai, having to bite the bullet as to whether or not he plays Terrakion. Luckily he doesn’t (as far as I know, anyway) and I manage to take the game back by KOing both Eelektriks over 3 turns, along with a Smeargle.

He takes this Darkrai down eventually, but I have another one waiting and through Darkrai taking down Basics and Terrakion beating the Zekrom-EX. I win this game.

Round 3 VS Tom Hall w/ CMTT

We shuffle and make jokes about sleeves, playmats and Tom mentions he’s selling Dotdeck goods at the event (which unfortunately I couldn’t buy – the sleeves I was after had gone by the time I got to the box, if you’re reading this Tom!). Anyway, he wins the flip and starts double Celebi. He manages to get a decent start, with me being on the backfoot as he obliterates Smeargle and a Darkrai.

I manage to get a Mewtwo he’s attacking with to 90, then take 3 Prizes in one turn on that, and a Celebi (not before N’ing him to two). Of course, he draws the Juniper and gets everything he needs for the Terrakion 1HKO…except the F Energy! At this point I take the game over by KOing the Terrakion then finishing the Mewtwo with my own.

Round 4 VS Empoleon DEX / Kingdra Prime (sorry about forgetting the name!)

A new player I haven’t seen before, she knows how to play the deck… but infortunately for her she gets a dead opening hand. Mine is dead too, Portraiting her Supporterless hand multiple turns in a row for Collector, until I hit a Random Receiver. I take her setup down and as she struggles to get any Stage 2 in play, and I win. Had she got the Empoleon in play it would have been a different game, but I’m thankful for the win anyhow.

I win the flip this time, which is little consolation when facing mono-Fighting with this deck! He gets an ok start, but misses both a T2 Donphan and his first Energy attachment. I use one Darkrai initially to put critical damage onto the Terrakion and to take out Phanpys, then alternate to Terrakion and SSU the Darkrai (may have been the first time that day that SSU worked for me!).

He tries SSU’ing his Terrakions… but gets 3 tails in a row! With this breakthrough, I am able to finish off the Terrakions with PlusPower Land Crushes and win the game.

I am rather disheartened to face a good friend and a testing partner at such a critical stage (and another deck with Terrakion in!). I need to win out to top cut (as my invite depends on T8’ing to get from 30 CP to just above the cutoff at the time of 38 in Europe), but only one of us can win. Anyway, he manages to get a good start, not missing his Energy attachments and I try to keep in the race through Terrakion rather than Darkrai.

He goes ahead in prizes and I can see this game is going down the pan. I use Mewtwo to grab 2 Prizes off his one, he promotes another of Giovanni’s genetic experiments and wipes mine out. In a crucial turn, with a thin deck and him being on 1 Prize to my two (if I recall correctly), I Super Rod the Mewtwo, a Shaymin and an energy in, pull off a Dark Patch on Darkrai (with 2 energy on the field already) and Juniper.

I hit an out to Shaymin and Mewtwo, and Catcher; play them down, moving enough Energy to Mewtwo to KO his Mewtwo and after Catching it up KO for game.

An extremely tense game against a solid player, this was one of, if not the best game of the day!

I knew that if I couldn’t either get a massive prize lead before he attained Vileplume or deny him the Plume altogether, I would lose this. I try to play around Twins, even using an Energy Bloom on an Oddish; but in a crucial turn (he hasn’t got Plume up yet), I N him into a 6 card hand after he had around 12 cards from Sage and Tropical Beach, and Portrait to find he now has: Communication, Pokémon, Candy, Candy, Meganium, Energy.

This, combined with my lack of Catcher to take the 2nd prize, and his Tropical Beach which subsequently (after he plays his whole hand out) then Beaches a nice 7 new cards, spells game in his favor. I try to keep in it through using Darkrai to spread and get the 2nd prize, and at one point Shaymin’ing a ton of Energy to Mewtwo to KO his Kyurem, but inevitably his Mewtwo, Groudon EX, Shaymin and just about everything Darkrai doesn’t want to see comes out and ends it for me.

I find out I scrape into top cut as the 16th seed. I’m facing Sami Sekkoum, so I know this match will be a tough one. If I win this I get my points invite. If not…

pokemon-paradijs.comHe starts Shaymin as I win the flip game one. Unfortunately, as you’d expect, CMT gets out the gates first, with him setting up my Eviolited Darkrai for a Terrakion 1HKO using Tornadus EX’s Blow Through (SAB is in play). Over the course of the game, to try and heal not only this Darkrai but one with 160 on it, playing 3 SSU… and all of them roll tails. This spells the end of it and he ends it for me Game 1.

Game 2 is the reverse of this, I get a superb start to his double Celebi. He topdecks PONT, but I see nothing much after this, with him taking either one or 2 Prizes to my 6. Time is called and it goes to Sudden Death. I feel rather worried at this point – anyone can tell you which deck has the favorable sudden death.

He wins the flip and starts Mewtwo EX to my Terrakion… attaches DCE and N’s me to one after PlusPowering and hitting me for 50.

I get Prism Energy and some other junk. He gets Juniper and PONT, just to add insult to injury, and drops another Energy to hit me for 60 (110 total now). I need to get a Supporter or it’s game. I hit a useless Trainer… and so goes the invite.

I thought it rather ironic that I top cutted the UK’s most competitive event with a deck that not only was teched for a matchup I didn’t face throughout the day, but also that had to face a very anti-Darkrai field to get there. At least 5-of my 8 games were against decks with either Terrakion as a tech or as a mainstay of their structure, with the other matchups not being overwhelmingly favorable (overall even to unfavourable matchups all day).

Despite missing my invite, it was a good day, making top cut in arguably an even harder field than last year (the Play! Point requirement causing only people who at least semi-regularly attend tournaments to compete in Nationals this year). I saw friends (Nathan & Samuel M, Jak & Ben A, Nick P, Mike and Charles NL, etc), had some great games and top cut Nationals, which in itself (bearing in mind the sheer number of good players who whiffed the top cut – Tom H, George B, Tamao C, Ben S, Yacine S etc) is an achievement.

Despite this fact I am still going to Hawaii for my first Worlds – I hope to meet many of the legendary US players I have heard so much about!

Any feedback on this article would be much appreciated; this is my first time doing a report and I hope this was both an informative article and a good read. 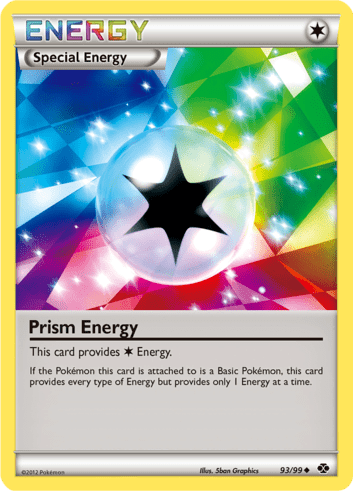