Several days ago, I opened with a “Moving On” article touching on the basics of a BLW-on format. Today, I am continuing down that path. The first deck I would like to look at is FlyChomp (FluffyChomp, etc.), AKA Garchomp/Altaria.

Obviously, prior the presumed Dragon Exalted set, neither of those two Pokémon were known as big hitters (or even existent in Modified). That means they must be cards coming out in our next set. Let’s start by looking at a skeleton list. Then we will look at the individual cards, the strategy of the deck, and possible cards to fill out the list.

I know that looks very basic, but it is a pretty standard skeleton list. I hope it shows you exactly how straightforward this deck will be.

Gible: There will likely be two Gible released, and neither are particularly strong. One has more HP than the other. The weaker Gible has Sing, but the 60 HP Gible forces your opponent to flip for his attack anyway. Ultimately, this comes down to just having that little bit of extra health, especially with Mewtwo EX still running around.

Gabite: This Gabite (with Dragon Call) is really the engine of the deck. It is an 80 HP Dragon type with C retreat and an amazing Ability. It is actually Sunflora HS’s Sunshine Grace, for Dragon types. Dragon Call allows you to search your deck for a Dragon type Pokémon and put it into your hand. This is why you play a think (4-3-4 or 4-4-4) line of Garchomp.

Garchomp: Toe be completely honest, Garchomp is merely above average at an attacker. It has 140 HP and two attacks. The first attack does 60 damage and discards a Special Energy from the Defending Pokémon for a single F energy. The second attack does 100 for a W and F, while forcing you to discard two cards from the top of your deck.

Basically, it is a hefty body that attacks for solid damage on its own, but certainly other Stage 2s (looking at Empoleon DEX) can hit harder and have more attractive attributes. So, the rest of the deck must have something to compensate for that.

Swablu: Both Swablu have 40 HP and are Colorless basics. One has a Sing attack that might end up being useful.

Altaria: Here is the card that makes the deck viable. Altaria is a Stage 1 Dragon type that has 70 hp and an insane Ability. The Ability, Battle Song, turns Garchomp into a much more formidable threat. Battle Song increases the damage by Dragon types’ attacks by 20 damage. Even more, the Ability is stackable. Therefore, if you manage to get two or three Altaria into play, Garchomp can do 80-120 for a single Energy.

10 Draw Supporters: Overall, people figuring out an optimal Supporter line is going to be one of the most frustrating experiences in the new format. Our options are just severely limited. Let’s talk through the main possibilities for this deck.

Professor Juniper: Obviously, this is the highest risk/highest reward Supporter. It is clearly the fastest Supporter in the format, and this deck wants to be very fast. However, Garchomp’s second attack already discards resources, and if you play Ultra Ball, you are discarding even more cards.

N: This deck is pretty solid against late-game N’s (not as much as Zeels though). It is not extremely susceptible because Garchomp can attack for only one energy. For that reason, N is very attractive because it nets you a lot of cards early and is not terrible late.

Cheren: The first two Supporters appear to be the clear cut premium Supporters, and the next two are going to be interesting to sort out. Cheren is straight draw of three cards with zero draw backs. That is obviously solid, but it does not dig into the deck very deep.

Bianca: This card could come very close to replacing PONT. It may allow you to draw six new cards. At worst, you will likely get one or two cards in this deck because you should not be holding onto resources too much. That means this could be a solid option.

Random Receiver: The other option is to only play the two premier supporters and run a lot of Random Receivers to “guarantee” you access to the better Supporters. However, if you only play 8 Supporters, there is a possibility to prize one or two; or you might have to discard one with Juniper. That would leave you with 5-6 Supporters to play over the course of a game. Is that a risk you want to take?

Ultimately, I will not tell you what I think you should play. However, right now I like heavy N, Juniper, and some diversity with the last two. That means something like 4 N, 3 Juniper, 3 Bianca, and 2 Random Receiver.

Rare Candy: Normally, building into Garchomp is a better option, but you want to have the ability to attack on turn two available. So, Rare Candy is the option to make that happen.

Pokémon Catcher: Garchomp/Altaria is supposed to be an aggro pressure deck. Well, to apply pressure to the board, the deck needs have the ability to attack any target on the board. Catcher is the card that makes that happen. So, a high count should be run.

F Energy: Garchomp’s most used attack costs a single F Energy. That means we need a solid Fighting base to use.

Well, what to do with the remaining 14 slots?

The first thing you want to do when playing a new deck, is to build the most consistent list possible and then working backward from there making little tradeoffs here and there. With that in mind, I would recommend the following list to begin testing with.

What are the differences?

pokemon-paradijs.comObviously, I pushed the Pokémon lines out to a near maximum consistency count. The three Emogla are to help start with Emogla and getting Pokémon on your bench.

Finally, Blend Energy WLFM works really well with Garchomp. It obviously, provides Water, Fighting, Lightning, and M Energy to any Pokémon. Garchomp’s Energy requirements are Water and Fighting. That means Blend is a way to utilize the second attack.

Again, that is a list I would recommend as a starting point for testing. However, the final question remains: What other cards should be considered?

Rayquaza: There has been some serious speculation lately whether or not we will even get the normal Rayquaza in our next set. Because of that, I will keep this simple. For L, Rayquaza does 40 damage. Against Dragon types, that becomes 80 damage and 1HKOs a lot of things (Tynamo, Gible, Gabite, Swablu, Altaria, etc.). Although the format is slowing down and we would like to avoid donks, Rayquaza might be too good to pass up.

Rescue Scarf: Rescue Scarf is Rescue Energy in Tool form. Ideally, you could put the Scarf on Altaria’s to cycle their recovery through faster. This would be instead of playing Super Rod (or running a split) for recovery.

PlusPower: Aggro decks like to be able to manipulate damage. PlusPower is the standard damage manipulator.

Big Cloak: Allow me to go on a tangent. When most people saw Big Cloak, they equated it to Eviolite. Unfortunately, this is not true. The Mechanic is actually very different. Obviously, to 1HKO a Pokémon with Eviolite or Big Cloak your required damage output is the same. However, to 2HKO the same Pokémon, with the different tools, the aggregate damage is actually 20 more to 2HKO the Pokémon with Eviolite.

That is because Eviolite blocks damage, but Big Scarf increases HP. I do not know how many of you needed that explanation, but I hope it helps some people.

Back to it, Garchomp already has 140 hp and 160 just makes it more difficult to KO.

Max Potion: As a rule of thumb, when your main attacker has a Big number of hp and attacks for low amounts of energy (or you have very good energy acceleration) Max Potion is a card you want to test out. Here, you may be able to deny prizes with Garchomp while swinging away for solid damage.

Ultra Ball: This is a card that almost every deck should try out in the testing phase. The ability to consistently search out any Pokémon is always a solid play. If the non-EX Rayquaza gets printed, Ultra Ball should warrant more consideration.

In turn, Communication is less reliable at getting the turn one Emogla and/or the turn two Garchomp than Ultra Ball. More consistency or more resource conservation?

Ultimately, when considering any deck for competitive play, you must ask the question: is this any good? Unfortunately, without a developed format to compare it to (merely a speculative one) we cannot say for certain whether or not Garchomp/Altaria will be good after the rotation. We can answer a couple other questions though.

1. The deck is very consistent. Gabite’s ability to search out other Dragon types gives this deck a unique advantage in terms of Pokémon consistency. Being able to get out your attackers and support Pokémon under almost any condition is a huge boost.

2. The deck is relatively fast. In testing, you should be getting out Garchomp no later than turn three. On turn one you should have Emogla in play, leading to multiple Gable. On turn two you should get Gabite in play. From there, you can stream Dragon Call to get Garchomp out on turn three and other Pokémon from then on.

4. The deck is nearly auto-pilot. I know a lot of people view auto-pilot decks as bad, but I actually think that is a strength. By being nearly auto-pilot, you have fewer chances to mess up. For most players, improving and winning is not about drastically out thinking your opponent. Rather, winning more is about making less mistakes than your opponent.

I know that is a pessimistic outlook, but it is relatively true. Think of skill as a set of levels. Everyone needs to master the “make no mistakes” level before moving onto the “drastically out think my opponent” level.

1. The deck has lots of low-HP Pokémon. 40, 60, 70, 70, and 80. Those are the respective hp of everything but Garchomp. That means you are susceptible to donks and turn two losses. If not losses, you are susceptible to going down multiple prizes on turn two. Early Mewtwo EXs, Tornadus EPO, Tornadus EX, Landorus NVI, Thundurus EPO, Rayquaza (if printed), etc. may give this deck trouble.

2. The decklist is tight on space. Running a thick Stage 2 line and a think Stage 1 line require a lot of space. That means you options to tech the deck out are comparatively slim.

3. The deck relies on a (assumed) common mono-type. The Dragon type will likely be played a decent amount at the beginning of the new season. This will be partially due to hype and partially due to how good the type is. Either way, this deck is x2 weak to all things dragon at virtually every Pokémon slot. That tends to be an unenviable position.

Well, I hope you all enjoyed this little write up. It’s been good getting to test out new things in a new format. I also hope some of you are enjoying a change in pace from the Nats/Worlds/HGSS-on type articles. 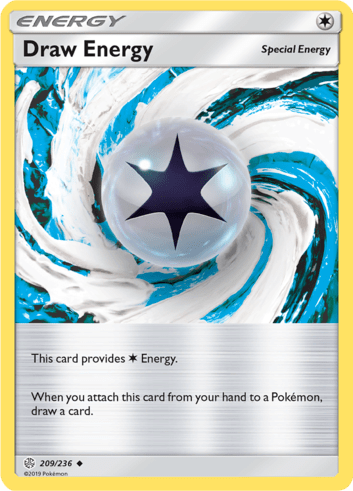