When the scans for Darkrai EX were released I brainstormed a cross between Klinklang and 6Corners with a friend of mine. Once Darkrai was actually released I wrote a Klinklang article thinking it was a revolutionary idea, but I later found out that everyone and their Tepig had thought of the combo.

As we all know Klinklang won US Nationals and will likely have a good showing at Worlds. The question is, will Klinklang remain a viable deck after the rotation and the release of Dragon’s EXalted? In the nEXt set we’ll see the release of a new Hydreigon with an ability similar to Klinklang, EXcept it can move Dark Energy instead of Metal Energy. The advantage of Hydreigon is that you have Dark Patch to recover your lost Energy. However this doesn’t reduce Klinklang’s potential, so lets look at what Klinklang can do nEXt format.

With the rotation we lose Rainbow and Special M Energy. This leaves us with Prism, Basic Metal, and the new Blend WLFM Energy. The Blend WLFM Energy to feature Metal also contains Water, Fighting, and Lightning. This means to use Dark, Psychic, Grass, or Fire attacks we will only have 4 Prism Energy to go around. This can hurt given our reliance on Darkrai EX for fixing our high Retreat Costs. So let’s look at the attackers we can use effectively.

Cobalion is great for this deck as he uses actual Metal Energy and has two useful attacks. Energy Press can Knock Out a Mewtwo EX that put absurd amounts of Energy on to 1HKO an EX attacker, and Iron Breaker is an annoying attack forcing a retreat of a Switch with each use.

Registeel has Triple Laser which hits three Pokémon for 30 each. This can soften up multiple Pokémon for KOs later in the game. His second attack Protect Charge is one I had to look up to remember the EXact specifics, but its actually pretty good in this deck. For 4 Energy Registeel deals 80 damage and then reduces the damage it takes nEXt turn by 20.

In conjunction with Eviolite this can make for a Pokémon that can’t be 1HKO’d with ease, however 80 damage for 4 Energy is pretty lackluster.

We still have easy access to Fighting types which are still going to cause problems for a lot of metagame decks such as Darkrai and Eelektrik Variants. Groudon is the bulkiest Fighting type we have due to the Lightning Resistance and 180 HP.

Terrakion is another great Fighting type that can score return KOs on Dark and Lightning types for two Energy (although a Tool Scraper will be needed for Darkrai EX, Raikou-EX, and Zekrom-EX).

Terrakion-EX is a lot like his non-EX counter part, featuring a 90 damage attack for 3 Energy. The advantages of this EX over the non EX is that this one has 180 HP and can attach your basic Metal energy quickly. Overall I don’t think this EX is necessary.

Kyurem EX is a fantastic choice for Klinklang as it has 180 HP and a Weakness that can’t be EXploited easily. Kyurem’s first attack deals 60 and removes a Special Energy from the opponent and the second attack deals a solid 120 but cannot be used each turn unless you use Switch.

In my last article I suggested this card for Klinklang as the Lightning Weakness could be covered by Groudon and double 50 snipe can be devastating in combination with all the other spread/sniping the deck has. As much as I’d like to point to John Roberts II’s use of Kyogre EX at US Nationals and say “haha told you so!” I didn’t actually have 100% faith in the card. I thought it could work, but wasn’t sold on it as I never had the chance to test it.

Regardless this card will probably be even better nEXt format as more decks are setting of multiple evolutions with frail Basics.

Want to counter your opponent’s Mewtwo EX? Need to deal a massive hit for game? Need to hit one of two heads to win the biggest tournament of your life? There are somethings money can’t buy, but it can get a Mewtwo EX which can do two of the above.

Mew-EX can use any attack in play. Even your opponent’s attacks are at your disposal, and with Prism and Blend WLFM Energy you should be able to meet any Energy requirement. This lets Mew-EX serve as a Mewtwo counter if need be.

Pairing another Stage 2 with Klinklang may seem clunky, but the support from Diving Draw is always appreciated to make sure you can hit cards like Max Potion when you need them. Empoleon is also another bulky Pokémon with an Energy efficient attack, however it is restricted to Blend WLFM Energy as Prism is incompatible with evolutions.

I wouldn’t EXpect to use Night Spear much with only 4 Prism, but the free retreat is too good to pass up to ensure your heavy Pokémon don’t get stuck in the active slot.

There are other attackers that can be used, but have drawbacks that make them unappealing to even suggest such as the Lightning EX, which are EXcluded due to their Energy discarding effects.

Here is a list I would use as a starting point for Klinklang.

One critical problem is that Darkrai EX cannot retreat Klinklang, this is because the only Dark Energy is Prism which doesn’t work with Klinklang. For this reason 3 Switch are included.

I’m not going to post matchups for this deck as I haven’t done EXtensive testing against each deck, but instead I’ll list which general strategies for efficient KOs.

At the start of the game use Tromp and Triple Laser to put at least 20 damage on all of the Darkrai and Deino while getting a Klinklang. This way Darkrai and Hydreigon will be 1HKO’d by Giant Claw, and having your opponent waste their Max Potion to heal 30 damage is pretty good. Remember, even if they can Junk Hunt for their Items, they give up a turn and a free prize in the process.

Spamming Groudon to 1HKO attackers and Triple Laser to 3HKO 3 Eelektrik is the plan of attack. Be wary of Mewtwo EX however as Eels can power him up faster than most decks around.

Taking out Altaria is the number one priority, because if the opponent sets up two of them then Garchomp can 1HKO Klinklang. If you can get a T2 Tromp, Triple Laser will 1HKO Swablu and 2HKO Altaria. When it comes to tackling Garchomp, you can 1HKO with Hail Blizzard/Giant Claw if the Garchomp has taken 20 damage from Tromp/Triple Laser.

This matchup can be tricky as Empoleon can 1HKO Groudon and if they use Terrakion then your Darkrai is also in 1HKO range. For this matchup I’d recommend using Triple Laser to either take out multiple Piplup if possible otherwise you can use it to put Empoleon and Terrakion in 1HKO range of Kyurem EX

Even with Hydreigon entering the format, I feel that Klinklang is still a viable deck. The deck hasn’t changed much with rotation, it lost Junk Arm and Rainbow Energy but the deck can still function without them. It’s worth noting the Klinklang doesn’t share Hydreigon’s Dragon Weakness. Another benefit to Klinklang is that it is much more affordable than the new Hydreigon will be.

So if you were planning to play some fancy Dragon deck nEXt format, it may be time to shift gears and give Klinklang another look. 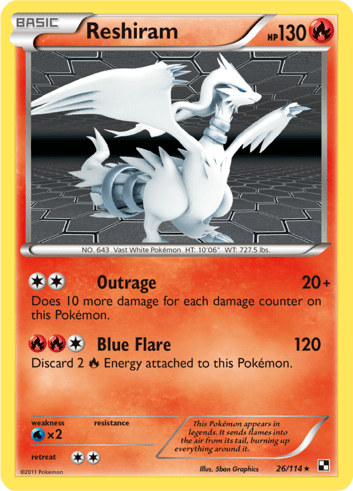