pokemon-paradijs.comHey SixPrizes, this is Zigg here for my second article. Today I will be discussing the most hated card of past formats: Durant. If you don’t know or forgot, Durant was a mill deck that gave many people trouble in the HS-NVI and HS-NXD formats. It mills fast and well and used many tools from HS-on like Twins, Alph Lithograph FOUR, Rotom UD, and some others like Pokémon Catcher and Crushing Hammer.

Its fall was predicted for DEX, but in a different way than it actually happened. It was originally said that everyone was going to tech in one Heatmor DEX to their decks to hard counter Durant. No one did that.

Instead, Darkrai EX ran rampant through the streets, killing all Durant in its path. The rest of the Durants were soon unsleeved and thrown into the Commons and Uncommons pile. With the reign of straight Darkrai soon to be over, Durant is going to be pairing up with some partners to try and destroy the metagame. Without further ado, three lists to help Durant achieve world domination.

First, Durant will be trying to pair up with a veteran in Tier 1. Sableye, also known for the former deck, Sabledonk (as Sableye SF) and more recently printed as Sableye DEX which is a common tech in Dark decks, is perfect for the job.

This is great disruption if you get heads, and it’s always great seeing a Hydreigon or Rare Candy (or something along those lines) shuffled back into your opponent’s deck and not much later Devouring those same cards.

I was iffy about even adding this to techs, but I kind of had to. Let’s be honest here, Eviolite doesn’t help Durant much anymore as most attacks do 90+ damage. It does help against Garchomp/Altaria though, possibly Durant’s worst matchup.

This is a great tool that you should include in all Durant decks. It returns Durant to your hand when they get KO’d.

Skyarrow Bridge lets you retreat freely between Sableye and Durants. It may help your opponent, especially if they’re playing Zeels, but it’s consistency vs. disruption here. Battle City lets you draw cards while your opponent will not want to.

Use unlimited Catcher and Hammers to your advantage in this matchup. This is a matchup where teching Skyarrow Bridge goes to your favor because you can Junk Hunt every other turn and mill every other turn. Even if you don’t run Skyarrow, most Zekeels lists run Skyarrow so you might be fine.

pokemon-paradijs.comLet’s face it. The only Durant build that can do well against any Darkrai variants is Durant/Garbodor. If they can get three Energies on a Darkrai-EX, you’re screwed. Your best bet after that is Sableye’s Confuse Ray, which they can retreat out of.

This matchup is based on Hammer flips. With one Altaria, they’re 1HKOing all of your Durants and Sableye and your best bet is to go for complete Energy denial. This is a matchup where Hooligans Jim & Cas is a great tech (if you get heads, of course) to get their hand as low as possible.

This matchup is more of a race for Garchomp to take 6 Prizes before you discard most/all of their Energy or discard all of their Garchomps/Altraria (implies that at least one is prized). Also, Eviolite is a great idea for this matchup as it forces them to have two Altaria for a Mach Cut 1HKO.

Durant tries to pair up with a Pokémon that hasn’t been good, even when it was commonly printed in the old ex days.This deck focuses less on disruption and more on faster mill. If you can get two Lairon out (or even one for that matter) and four Durant, you’re milling 10 in a turn! I know that is a little hard to do, but you still should be averaging 4+ cards per turn, even with only two or three Durants on the field.

The same reasons as listed in the Durant/Sableye section.

Enhanced Hammer is amazing disruption for Mewtwo EX and decks like Garchomp/Altaria and Hydreigon/Darkrai that use Blend Energy.

This is optional because when you’re using Devolution Spray on a Stage 2, it’s a lot easier to evolve from the Stage 1.

This matchup depends on how good of hands you can get. If you can get three Durant out and an Aggron line, you’re going to be good. The scariest thing for this deck to see is an Eviolited Zekrom as it 1HKOs everything in your deck except Aggron, something you would want to Devolution Spray.

This deck is focused more on fast mill. If you can consistently evolve Aggron, you’re in good shape to mill. This is very hard to do when Hydreigons 1HKO your Aggron and Darkrai cleans the rest up, but you can tend to discard Dark Patch and important resources to the Hydreigon line so you may have a chance.

BulbapediaThis matchup is similar to the Durant/Sableye matchup, except you’re not running nearly as much Energy disruption as that deck. I’ll run down the matchup for each of the techs I included as they are a little different for each.

If you’re lucky, this could be the best tech to have, but if you’re unlucky on your flips, if could be three wasted Supporters.

Another flippy card! Similar to Hooligans Jim & Cas, this is good disruption – provided you flip heads. This isn’t nearly as good as Jim & Cas in this matchup, though.

This is pretty good in this matchup as almost half of the Energy in this deck is Blend Energy.

This makes the deck a lot faster and if you can get out a couple of Durant and Aggron by turn 2 almost half of their deck is gone provided no draw Support was played.

After that huge section on Durant/Aggron (it’s by far the deck I’ve tested most), we move on to:

For the final list, Durant will be pairing up with a newbie to competitive play: Garbodor. Garbodor provides Ability-lock as long as a Tool is attached to it.

Although no open space is listed, you can take out some disruption/Supporters for Battle City/other techs if you want them.

BulbapediaI have found in testing that Zekrom/Eelektrik falls apart pretty easily without Eelektrik’s Ability, but you still have to watch out for an Eviolited Zekrom. Also, from what I’ve seen, this deck runs Tool Scrapper so be wary of that.

If you get Garbodor and some Catchers fast, you should be good. Hydreigon has a beefy three retreat and is hard to charge Energy onto without Dark Trance. Use your Hammers to take off Energy when they’re starting to threaten with a Darkrai on the bench and you shouldn’t have too much of a problem.

If you can get a Garbodor with a Tool out in this matchup, you are in great shape. This is a deck that normally doesn’t run Tool Scrapper but you should be wary of the tech because of Garbodor. Without Abilities, this deck is horrible and pointless. The only way they can 1HKO your Pokémon is by using an attack that mills itself. Just remember to keep an extra Garbodor set up because they will get KO’d and Durants will start dying like no end.

In conclusion, Durant has the chance to make a splash at Battle Roads or just go unseen like it was last Battle Roads. It’s your decision whether it can achieve world domination! 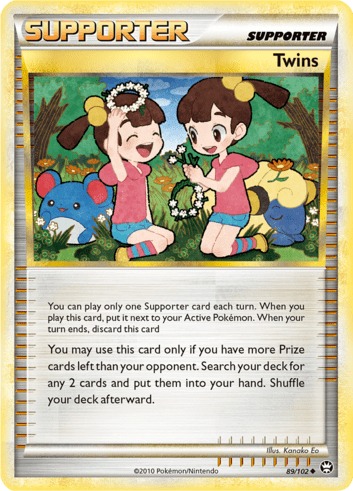