picgifs.comHey guys, it’s been a while. I’ve been busy with school and cross country so I haven’t had the time to finish this article. This Battle Road happened about two weeks ago, but I typed up the matches right when I got home so it is pretty much accurate (even though I didn’t write anything down from the day). I hope that you like it — I haven’t written an article for several months now.

This is my first year in Masters and I didn’t know what to expect in tournaments. I had competed in two Battle Roads before Glendale, in Madison, WI and in Rockford, IL with Rayquaza/Eelektrik. I went 3-3 in both because every single game that I played, I always got a hand full of Energy (and I only ran 13!). Then I just dead-drew until my opponent beat me. I had a pretty standard list and I was pretty bummed that I lost partially to bad draws.

I switched to Darkrai/Hydreigon after Rockford just to try it out. The day after, my mom woke me up at 9:30 saying that we were going to Glendale for a Battle Roads, when my parents said that we couldn’t go the day before. I scrambled to get my stuff, excited. I didn’t feel like going back to Rayquaza/Eelektrik, so I stuck with Darkrai/Hydreigon.

Here’s the list that I used since I won’t be competing in Regionals and the format will probably change when the new set comes out.

Before the tournament, I hung out with my friends and made a few trades. I also saw Kyle Sucevich walk through the door and set up his camera near one of the tables to record. From then, my goal was to play Kyle (hopefully beat him) and/or get in a featured match. I didn’t really expect to win the tournament, but I wanted to do decent.

Also, it would be cool to have one of The Top Cut members to narrate my match and possibly point out my misplays (to help me get better).

pokemon-paradijs.comI start off first with a Sableye. I attach, search for a Deino, drop two Deinos, and Junk Hunt. He draws, attaches, and hits my Sableye for 10. From there, I evolve a Deino into a Zweilous and Rare Candy the other one into a Hydreigon. I also get a Darkrai with Ultra Ball. I use Junk Hunt again. He draws, puts down a Sableye, attaches, evolves his Deino into Zweilous, and uses Confuse Ray and flips tails.

From there, I set up a Darkrai and put one on my bench. I sweep through his Deinos and Sableyes and he doesn’t draw into a Supporter until I have 1 Prize left. He sets up a Terrakion with Eviolite and when I KO a Deino he Catchers up a Darkrai and Retaliates for the KO.

However, I revenge KO the Terrakion with Hydreigon since I already Night Speared it. Needless to say, I got set up and he didn’t. I found out that after the game he prized all three of his Darkrai. Ouch.

I go first again and start with Deino. I get another Deino on the bench and attack his Tynamo for 10. He gets two more Tynamo on the field with a Skyarrow Bridge and Thunder Waves me. He flips tails. I get another turn two Hydreigon and set up a Darkrai. I KO a Tynamo with it. He gets and Eelektrik out, puts down a Mewtwo EX, Dynamotors to it, attaches Double Colorless Energy (now referred to as DCE) to it and smacks my Darkrai for 100. I drop a Mewtwo of my own and Dark Trance to it to KO his Mewtwo.

He can’t respond right away so he just drops a second Mewtwo, attaches DCE to it, and hits my Mewtwo for 160. I have the energy in hand to KO it so I attach, Dark Patch some Energy onto my Darkrai, and KO his second Mewtwo. He sets up a Zekrom-EX by Dynamotoring to it twice and attaching DCE to it. He attaches Eviolite to it and Glinting Claws to KO my Mewtwo. I have the Catcher in hand to seal the game with Darkrai EX.

I was feeling pretty good. One of my friends was joking about facing me next… And it happened. I really didn’t want to face him, since it would knock him out of getting first. I was going to play my best anyway.

Round 3 vs. Derrick Krenke – Garchomp/Altaria

pokemon-paradijs.comI go second and start with a Deino. He starts Swablu and Level Balls for an Emolga. He attaches to Emolga and plays Switch to switch to Emolga. He uses Call for Family for a Swablu and Gible. I attach, play N, Catcher, and hit a Swablu for 10. He N’s me into another bad hand and is a Rare Candy away from ending the game. However, he evolves a Gible into Gabite and Dragon Calls for an Altaria. He retreats the Swablu and evolves it into Altaria. Then he uses Call for Family.

I get two more Deino, a Sableye, and a Darkrai out and Junk Hunt for Rare Candy and Ultra Ball for a turn three Hydreigon. He Catchers up a Deino and KOs it. I get a Zweilous and a Hydreigon out and get three Energy on the Darkrai. I Catcher up the Altaria for the KO. He evolves a Swablu into Altaria and hits my Darkrai for 80. I set up another Darkrai and Catcher up that Altaria for the KO. He Super Rods back a Swablu, Altaria, and F Energy, puts down two Swablus, and Catchers up my Zweilous for the KO.

I send up Sableye, Dark Trance an Energy to it, set up two Energy on a second Darkrai, and Junk Hunt for two Catcher. He top decks a Catcher to KO my Darkrai with Dragon Blade. I Catcher up a Swablu to KO it and do 30 to the other one. He evolves the other Swablu into Altaria and KOs my Sableye putting him at 1 Prize. I set up a Registeel and Triple Laser for 30 to a Gible, the Altaria, and a Garchomp. He retreats into a Stunfisk and does 20 to me and 20 to the Hydreigon. I spread 30 to the Gabite, a Garchomp, and the Stunfisk.

pokemon-paradijs.comHe attaches to Stunfisk, Dragon Calls for a Garchomp to evolve the Gabite, and Rumbles me for 40 and makes me unable to Retreat. I spread 30 to the Stunfisk and two Garchomp with 30 on them already. He uses Rumble again. I Max Potion the damage off and spread 30 to Emolga, the Stunfisk, and a Garchomp. He uses Rumble again. Time is called.

[TURN 0] I spread 30 to the Emolga, the third Garchomp with 30, and KO the Stunfisk. [TURN 1] He brings up Emolga, puts down a Swablu, attaches an Energy to it and uses Sing. I stay asleep. [TURN 2] I draw and attach to Darkrai and pass. I wake up. [TURN 3] He uses Sing again. I stay asleep.

[SUDDEN DEATH, NEXT PRIZE WINS] I draw and pass. I wake up. He attaches a Blend WLFM to a Garchomp with a Fighting on it and retreats into it. He lowers his hand down to zero and uses Bianca to draw six cards. He needed to draw his last Catcher from it. He didn’t and I used Night Spear for the double KO to win.

I was really pumped about winning that last game. Registeel-EX really helps a lot with Garchomp since it can set up Garchomps to be 1HKO’ed by Night Spear after two Triple Lasers. When pairings got up, I looked to see who I was paired up against and it was Kyle. At that point I didn’t really care about winning or losing since I had reached one of my goals for that tournament. I didn’t feel nervous at all, in my mind Kyle was just another player that I could win or lose to. I was happy that I would face him though.

pokemon-paradijs.comI go first with a Deino facing his Terrakion. I get a second Deino out, attach, and hit his Terrakion for 10. He puts down a Darkrai, Ultra Balls for another Darkrai, attaches a Prism to Terrakion, uses Professor Juniper, and Dark Patches to a Darkrai. He gets Eviolites on the Terrakion and a Darkrai, retreats to the Darkrai with Eviolite, and passes. I get a Zweilous and Hydreigon out as well as a Darkrai and get two Energy on it.

He plays Professor Juniper to get Night Spears going and hits my Darkrai for 70 and the Hydreigon for 30. I evolve the Zweilous into Hydreigon and Night Spear his Darkrai. From there on, we trade hits with Night Spear with Eviolited Darkrai on which I come out on top. He plays Tool Scrapper to get rid of two Eviolites but I Max Potion the damage off and attach my third Eviolite to a Darkrai.

He whiffs a lot on Energy attachments too which really helped me out. He also whiffed the Prism on a crucial Shaymin EX KO and he had to pass. In the end, I had 1 Prize card left to his 5 and he KOs a Darkrai with the Shaymin but I revenge KO it with a Darkrai since I already put 30 on it from a Night Spear.

I felt kind of bad since Kyle whiffed so much on crucial cards, but a win is a win. My friends congratulate me on my win and I am feeling really good. I check the pairings and I am at the featured table! I was really satisfied at this point since I achieved all of my goals for that tournament.

Thank you to The Top Cut for letting me post the links to the videos here!

Round 5 vs. Max Cross – Rayquaza/Eelektrik

I thought that that game was pretty good. My opponent was friendly and was easy to talk to. I check pairings for the last round and see that I’m paired up with Joel. He beat me in Rockford and I was looking to beat him this time.

Oh well, I threw away the game in the last few turns but it was a good learning experience for me. I got second place and I was really happy about the day. I pulled a good Hydreigon out of my packs so it was a pretty successful day for me.

Thanks for reading; I hope to get more articles out in the future! 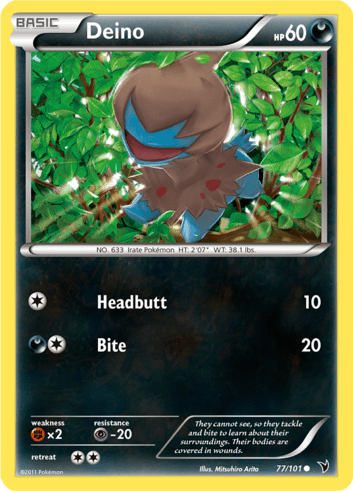