mytinyphone.comHello SixPrizes! I’m Julia, known on the forums as ninjapikachu. I’m glad that, amidst a sea of similar (and probably rather better written) ones, you’ve chosen to at least start reading my article. OK, introducing yourself seems like a common way to start here, so here goes: I’m in Seniors division and I play in the Edinburgh Pokémon league.

I’ve loved Pokémon for ages, but the league I go to has only been running for a year, so I guess I’m still fairly new to competitive play. My achievements include… errrr… well, this is embarrassing. I’ve come 2nd in a Battle Road, 6th in a Regional Championship, and won a Next Destinies Prerelease. And of course, top 4 in this one.

Now, the pre-tournament story is fairly long, so feel free to skip to the report, if you want. If anyone who played me in the tournament reads this and finds inaccuracies, mistakes, or things happening in the wrong order, sorry about that. I started out with good intentions, but by the second round, I was way too focused to worry about note-taking.

For this Battle Road, I was originally going to run Darkrai EX/Tornadus EX. I was on holiday for the 3 League meetings before the tournament, but before then, I tested and tested. Upon my return, 5 days before BRs, I took a good look at the deck, and made some useful modifications, i.e. more than 8 Supporters. I read articles, used Facebook to ask various of my friends their opinions on it, and, after much online discussion (thank you very much, John, for all the help), came up with what I thought was a magnificent list.

“Those Victory Cups are within my reach!” I thought to myself. As I didn’t want my first games in 3 weeks to be tournament ones, I decided that on the Saturday before BRs, I would go to Cumbernauld Pokémon league to practice. I set off, victory in my heart. OK, actually I left my house at practically a run, having done a spectacular mix up with my timing, I hadn’t so much as packed when my dad called “Buses due in 2 and 18 minutes”.

Really, I’m lucky I forgot as little as I did. Anyway, I arrive just after it’s started, challenge someone, and win. I do the same again. They weren’t amazing decks (no offense to anyone playing them, I just mean that they weren’t BDIF), and I was unsurprised at my win. The deck had had 29 wins to 4 losses, and that was before my improvements to it. So comes my next game, vs. Emma’s Darkrai/Hydreigon deck. I try hard, draw really badly, make the odd misplay, and want to kill whoever invented Max Potion. Repeat. Repeat. Repeat.

By now, I have worked out that there’s something seriously wrong with my so-called brilliant deck. Also, that Darkrai/Hydreigon is amazing. I play one more game, vs Daniel’s Empoleon/Terrakion. If I just say that all I got was a regular Tornadus, and I think a Sableye, I’m sure you’ll get the idea.

“So, how’d your deck do?” asks the leader, as I leave. “I’m going to run Darkrai/Hydreigon tomorrow,” comes the reply. And that’s the story of how I went running into a Battle Road with an untested deck, and how I spent the evening before frantically Facebook messaging people, to see if they can lend me a Max Potion. Fortunately Neil could, and a managed to trade for one of my own, after the tournament.

I start Darkrai EX. She flips over a Mewtwo EX, with Vulpix DRX and Wurmple DRX benched. She attaches DCE, and X Balls for 20. I draw, bench Sigilyph, attach Blend Energy to Sigilyph, N, and pass. She draws, Rare Candies to Dustox DRX, evolves into Ninetales DRX, attaches to Dustox, I think, and X-balls, for 20.

I draw, bench a Deino, attach Dark to something, pass.

She draws, probably does something else as well, and X Balls. I draw, Rare Candy to Hydreigon, use Dark Cloak to free retreat into Sigilyph, Dark Trance and attach to Sygilyph, and Psychic for 140. She draws, retreats into Dustox, benches Darkrai EX, attaches to it, and uses Hazardous Scales. I sustain no Burn damage, and wake up. I draw, Dark Cloak free retreat into Darkrai EX, Dark Trance the Energy over, and Night Spear for 90, puting 30 on the Mewtwo to Knock it Out.

She attaches Dark to Darkrai, benches Mew-EX (I’m going to stop mentioning draws, as they always happen), and Hazardous Scales again. I attach to something, and probably play a Supporter. I Dark Trance the Energy off, Max Potion, and Night Spear for the KO, putting 30 on the Ninetales.

She brings up Darkrai, attaches, and Night Spears, putting 30 on Hydreigon. Basically, what happens next is a Night Spear war, which I win, thanks to Max Potion. After that, I either KO Mew or Ninetales for the win.

I’m sorry, I honestly don’t remember much about this one. I basically get Hydreigon, Darkrai, and Energy out, and it goes downhill for him from there.

OK, I should have known this was going to be a hard game, Adam did pretty well in Juniors Nationals and had just aged up.

Although he said that he got a bad start, he still gets Emboar and Rayquaza EX out, and a secret rare Rayquaza as well. I start badly, draw badly, and I’m just not quick enough to save myself. Rayquaza destroys everything before I can get it powered up. I’m no sure whether he took his last prize, or if I had no Pokémon left on the bench. I really hadn’t realized how good Rayquaza EX is.

pokemon-paradijs.comI start with 2 Deinos and a Sableye. He starts with Kyurem NVI, Kyurem NVI, and Kyurem EX, I think. I get set up at a decent speed, though to stall, I Catcher up his Kyurem EX a couple of times. I get out Darkrai and Hydreigon, and start powering up. I get out Sableye, and my poor opponent probably wished Max Potion didn’t exist, as I kept Junk Hunt-ing for the same one, over and over.

He Eviolited a lot of his Pokémon, and I think I Night Spear Kyurem EX, and keep putting 10 damage on one Kyurem or other. A kyurem comes out, and I keep getting Glaciated. Through this, he gets a prize off my unevolved Deino. Actually, I think it’s around this point that the near-infinite Max Potion-ing occurs. He gets a prize off my Sableye, next I send out Darkrai, and in whatever order, get rid of his Kyurem EX and Kyurems, using Hydreigon’s Dragonblast for the finishing blow.

I end up 4th, which isn’t bad, considering the level of competition, and 3-1 is the best I’ve ever done. So, in general, I’m very glad I switched to Darkrai/Hydreigon. All in all, it was a great day, the highlights included getting some great trades, getting the most wins I’ve had in a tournament ever, and using Victini plushies to play football with a dice. Sorry that my reports on the rounds have been so fragmented and uncertain, I hope you enjoyed it anyway, and if you have anything to say about this article, please do so in the comments. 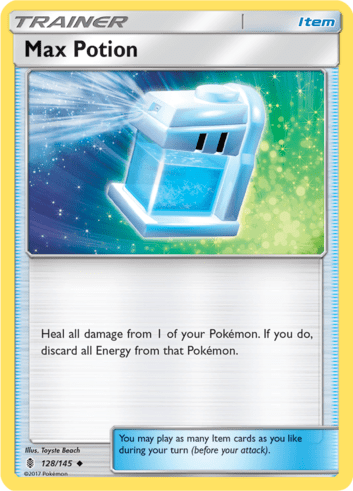