Since most of you don’t know me, let me introduce myself. My name is Zach Lowman and I’m from Virginia. I’ve had a Top 16 at Regionals, 1st and 3rd place at Battle Roads, as well as positive tournament records at most events that I attend.

I am also one of the regular judges in the Virginia area, so there is a tough balance between judging and playing that I strive to maintain.

This article will be on my second City Championship this season, the first being the Fairfax City Championship two weeks earlier. At that tournament I chose to play Blastoise/Keldeo and ended up only breaking even. I didn’t really touch any decks the week of Thanksgiving until I watched a Bad Deck Monday video featuring Aspertia City Gym.

I liked the overall idea of the deck, but not the list, and decided to toy with it. Largely there was some fluff-trimming and streamlining. When I had what I thought was a working build, I bounced the idea off my friend Thomas.

Within a few hours of tweaking we came up with the following list:

The idea was to create a toolbox-style deck that took advantage of some great Colorless attackers with the Aspertia and Eviolite combo. The oddest choice which I’ll change in the future is the Energy counts. Looking back I wish I had two more of any color in there to accelerate Rebirth, but not running them did offer a couple more spots for consistency cards.

pokemon-paradijs.comWhy no Landorus-EX? Most other Ho-Oh deck I’ve seen run Landorus and I gave serious thought to him. However, from playing in Fairfax I knew there was a lot of interest in Blastoise/Keldeo.

I don’t know if it had done well or I’d even face it today, but I was thinking there’d be a lot of it I didn’t want a dead attacker. Two Terrakion made more sense as a meta call.

Even with a great list in mind, I still wanted to play Blastoise/Keldeo, so I met with some friends during the week and tested a bit. The testing proved this list was flat out better than my Blastoise/Keldeo build, so I decided to go with it.

The ride up to Warrenton was a lot of fun even though it was long. The group I was with cracked a lot of jokes and we discussed a lot of strategy and ideas for the event. Luckily I had typed my list up the night before, as when we got to the venue it was already a long registration line and it kept me from second-guessing any of my choices when I handed in my list.

The normal crowd was here including Ben Potter and Michael Pramawat from The Top Cut, most of our State’s Top 10 players, and even a few Worlds players.

All in all it made for a pretty strong field to be playing against. I’d like to think lending a Landorus-EX to Ben Potter helped accumulate a little karma for the coming rounds.

There were 54 Masters, 6 rounds, and a top 8 cut with lunch break following round 2.

Round 1 vs. Jimmy Pendarvis (3rd PA Regionals) with Darkrai/Fighting

I know Jimmy recently aged up from Seniors and has been doing pretty well, so I was thinking here I am hitting the ground running. A strength and weakness of mine is I tend to set aside a player’s accomplishments aside from “They know what they’re doing.”

Well we set up and are laughing and joking along with the usual good luck and the game gets underway.

pokemon-paradijs.comI know early on I get behind eating some early KOs, but manage to catch back up with Retaliates and Land Crushes. I manage to come down to 2 Prizes with a Bouffalant Active with a DCE, a Ho-Oh with Fire on the Bench, and something else Bench-sitting.

Jimmy had not used a Supporter last turn, and he revealed no Supporters with a Random Receiver so I Sklya’d for a Catcher to set up for the next turn.

This is where I make a near misplay that likely would’ve cost me the game. I almost play my Pokémon Catcher to try and stall and then the Keldeo-EX suddenly jumps out and I realize that plan is not going to work. I threaten his Landorus-EX with Gold Breaker and pass.

On his turn he whiffs the Fighting Energy, Benches a Sableye, and Catchers something off my Bench. He Junk Hunts for Catcher and I think Energy Switch, to at the least have a Night Spear next turn.

On my turn I top into an Energy Switch allowing me to go back into Bouffalant play my Catcher and Gold Breaker his Landorus-EX for the game.

Really this game came down to the wire and could’ve gone either way. It was a well-played game by my opponent.

trollandtoad.comHe starts with two Meloetta BCR and a Cresselia-EX and is going first. He plays a DCE to Cresselia-EX and more or less passes, as I recall. I drop a DCE on my active Tornadus EX but whiff the Stadium so I drop thirty damage on Meloetta. He uses Meloetta’s Psychic and benches a Trubbish with a Giant Cape.

I retreat Tornadus EX, use Tool Scrapper on the Trubbish, and use Mewtwo’s X Ball to KO Meloetta. He promotes his other Meloetta, attaches a Psychic to Cresselia-EX, and Benches a Mewtwo EX.

I drop a second Mewtwo EX, Catcher the Cresselia, and grab 2 Prizes. He returns the favor using Meloetta and evolving to Garbodor with Rescue Scarf.

I Tool Scrapper his Rescue Scarf and KO his Meloetta with X Ball. Eventually it comes down to Catchering and playing Double Colorless Energy on my Mewtwo EX, KOing his Mewtwo EX, then picking up the last Prize on perhaps Garbodor.

Everywhere in the area is busy for lunch and since one of my friend’s rounds took a long time, we lost our chance to get real food, so I opted for trail mix and water from a pharmacy and went on with the day.

It’s his Mewtwo EX versus my Tornadus and Mewtwo EX. The long and short of this game is turn 2 his Mewtwo goes down and turn 4 he hadn’t played another Basic, so two X Balls shot down his Tornadus EX.

Round 4 vs. Rahul Reddy with Darkrai/Fighting and Hammers

One of my friends who wasn’t able to make it to the tournament has a little rivalry going with Rahul, so I knew he was a solid player from what I’ve heard of him. Much like the first game of the day, Gold Breaker is probably the MVP of the game as well.

Toward the end I managed three Energy on Terrakion, had a DCE in hand, and was waiting on a way to get to his Darkrai for the last Prize. I draw into the Catcher, either via a Supporter or topdeck, retreat my Bouffalant, and drop the Land Crush for the game.

The game featured some important Hammer flips on his side, but Ho-Oh EX provided the recovery from the heads he did get.

At this point my friends were feeling certain about my top cutting, but I wasn’t ready to let up, so I went into the next round on my A game.

Round 5 vs. Aaron Sanyer with Dark Tornado and Hammers

This game was probably the closest all day. From the beginning I was slowly falling behind, but to be honest a Retaliate caused him to N my large hand of trash into a small hand of good stuff. From there I was able to bring the lead up to 5 Prizes left to 2 in my favor.

He brings out a Mewtwo EX that makes a pretty crucial KO on my Mewtwo EX, but I manage to get lucky and draw into my last Energy Switch to retreat my active back to the bench.

I had placed some damage on an Eviolited Darkrai earlier in the game and Catcher it up. My Terrakion managed to drop a Land Crush and win the game.

The topdecking of whatever it was to get me the last Energy Switch is what won me the game.

I was in a spot if that if I hadn’t topdecked I likely would have lost, but I needed one of about five cards left in a ten-card deck, so there was a pretty good chance of getting what I needed. Either way it was a well-played game.

Needless to say, we at least provided a good show for those who had wanted to watch the last of the 4-0’s still playing.

Round 6 vs Johnny Rabus with Dark/Fighting

zoetnetWe both missed lunch. We were both already in cut. Our record versus one another is 50/50, so rather than playing a long drawn out game and playing up to another three hours without food, we instead opted to dice roll to see who would win and have food together.

I won the dice roll so we sorted our decks and went off for lunch. Remember when I mentioned believing in karma? I feel whatever karma I had accumulated paid off at this moment.

We have some Tropical Smoothie and just chat about players we know and the surprise that I took this deck as far as I did.

Top 8 vs. Aaron Sanyer with Dark Tornado and Hammers

I’d like to say I broke the curse of the first seed, or that I don’t feel like it played any role in this series, but I can’t. I also don’t want to discount Aaron’s playing as he is the guy I had a close game with in Round 5.

My deck went from being a highly-functional deck to giving me the biggest series of Supporter, attack, and Energy droughts I had ever seen in playing this deck.

I managed to catch maybe one break in each of the two games we played, but it was the good old “day late and dollar short” kind of break. Again, I feel Aaron deserved to win as he played well and made the correct moves to take the victory.

I just wish I had managed to provide my opponent a better best of three, but that’s just how it goes sometimes.

Anyway, I managed to net 20 CPs bringing me up to 30 for this season. I had what was probably the best run of Swiss I’ve ever had in a pretty competitive playing field. I really enjoyed every game and had great opponents, all of whom congratulated me for going 6-0 knowing it wasn’t common for me to make top cuts.

I really feel I enjoyed this deck as it reminded me a lot of playing LuxChomp. The deck was well tailored for the meta with the cards I chose and it allowed me to play through a lot of tricky situations. I always feel like I do well when I play a deck that has that techy factor and I call my techs right.

Anyway, I may be playing up in Leonardville or Leonardtown up in Maryland next weekend, so if I do I’ll share my list afterward and if I don’t I’ll share it when I confirm I can’t be there.

If you ever want to talk about the game feel free to look me up on Facebook or on the forums and I’d be happy to give you thoughts, opinions, and feedback. 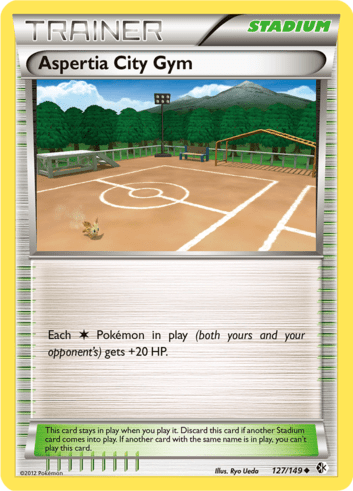