“You wouldn’t rather play WoW or something??”

This was most likely the exact conversation between me and my wife about a year ago, when I first told her of my interest in the Pokémon TCG competitive scene.

Congrats to all of you lucky people out there who have a significant other (or parent) who plays the game with you, but I think that the reality is Pokémon can be a hard concept to sell to the majority of our society.

I know from experience, as well as from others, that it can be hard to explain why I am going to be gone all day Saturday at a Pokémon tournament instead of walking the dog, doing yard work, or whatever other responsibility comes up that day!

If you are only interested in a decklist or game play advice, you can probably stop reading here. I’ve played in a total of three actual tournaments, and my only semi-respectable finish was 24th at the Washington State Championships last year, so I wouldn’t trust any list that I put out there anyway!

However, I wanted to share a little “life advice” that I hope may help you in being not only a better person, but a better Pokémon player as well.

Unless you are shirking some serious real life responsibilities (school work, spending time with your own children or family, etc.), I don’t think that we need to defend our love for this game. We know that it is an awesome game, and it can be hard to describe that feeling when you’ve orchestrated some crazy move to win a game you had no business being in.

That said, I believe that every player should define why they are actually playing the game, or create a sort of “mission statement” for their PTCG career. As a bonus, when we know exactly why were are playing the game, it can be a lot easier to explain to other people!

The great deck-building articles on 6P have told us that every deck needs a win-condition; I think every player needs that same clarity when it comes to their purpose while playing Pokémon.

Introspection can be hard, and it might take some digging to be real with yourself and figure out why you do the things you do, but I think that going through this process with Pokémon is a great idea.

I don’t think that anyone can judge your motivation for playing the game (unless of course you are only playing to make people cry or to work your way toward world domination), so I’m not saying “You should only play to have fun!” or comparing motivations.

I just want to get you thinking about it! To get you started, I will share a few of the things that I have come up with for myself.

Nintendo really knew how to hit all of us completionists where it counts. I mean with a challenge like “gotta catch ‘em all,” we were destined to spend hours of time trying to do just that. I am one of those people that has to get 100% Gamerscore for the achievements on an Xbox game before I can feel comfortable trading it in.

I’m not sure why this is, but I suspect it is because I feel like “only the dedicated or skilled people could accomplish that.” In much the same way, the drive to win and to separate myself from the crowd has played a large role in my interest for the game of Pokémon.

Not everyone has this motivation, but I think that it is fairly prevalent. You might not like playing football or basketball (or you might be over 25 years old and you sprain something every time you do play these days), and Pokémon can make for a great “cerebral” sporting event.

It can be pretty fulfilling to pit your preparation and skills against other competitors, and come out on top.

I personally need to be careful with this motivator, because it can easily trample other important reasons to play the game, like having a good time, making friends, and helping out others/juniors.

I am going to try my best to not be the guy at the tournament who lets his opponent play down Pachirisu and Shaymin, then halfway through the turn say “You actually just said the Pokémon’s names, not the names of their Poké-Powers, so you are going to have to pick that Energy all back up, but also leave the Pokémon on the bench.”

I know that I won’t be able to convince the rude players to not be rude (in fact they probably don’t read 6P), but I hope that while thinking about why you play the game, you can also keep others in mind.

If your trip to Worlds is on the line, then just explain that to the other player. If not, then let’s try to take our situation into context and think about ALL of the reasons we play the game. I hope that “having a good time” is at least somewhere on that list!

pokemon.comI think that the challenge and mental stimulation that Pokémon provides is truly an awesome thing! I am trying to shift my motivation away from the achievement aspect, and to instead play for the challenge of the game.

Practically this is nice, because there can only be so many winners! Considering the amount of great players in the field, and the amount of hours required for testing and practicing, it is not a realistic goal for me to win a World Championship.

I do want to distinguish between season or tournament-specific goals (such as win States or get an invite to Worlds) and your personal purpose for playing, because they often coincide, but are separate entities!

(Speaking of these personal or “internal” goals, I’d really encourage you to read Colin Moll’s awesome article on internal/external successes!)

I believe this card game really gives us all a chance to stretch ourselves and to improve our mental capacity. Even with net-decking and the great resources out there, the amount of decision making, critical thinking, and foresight required to build/test a tournament-ready deck and then pilot it to success can’t be ignored!

Many people out there may not feel stimulated or challenged at work or school, but when they are at a Pokémon tournament they really get a chance to come alive!

I think the challenge of playing this game is vastly underrated, and it is a huge reason why I play. I mean come on, life would be boring without any challenge!

I can’t state enough that there are a TON of reasons why you may play Pokémon. Making friends, starting a blog, and getting cool prizes are all reasons to play. While I feel that the big reasons I play are for the challenge of the game and for the sense of achievement, you might not feel like those things motivate you at all.

Maybe you play because there is a girl or guy at school that only dates Pokémon State Champions or above. I hope that after reading this article you take some time to clarify for yourself why it is you are playing the game, and I bet that your Pokémon experience will improve.

Thanks for the read, and good luck at any upcoming Cities! 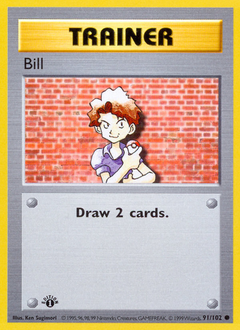