BulbapediaRecently, I ran “Regiheal” at the Tyler City Championships, which essentially consists of multiple Registeels that can be ultra defensive with the use of Protect Charge and 3-4 Eviolites that can also be healed like crazy with multiple Blissey DEX and Potions (a Gold Potion would’ve been nice, but all I could get a hold of was Computer Search).

To be honest, I was completely terrified of running such a rogue deck at an official event such as Cities, especially since the only Boundaries Crossed cards I was rocking were Skylas and my treasured Computer Search.

After the always long wait for the battling to begin, it was announced that there would be 4 Swiss rounds with a top 4 cut and the first round’s pairings were posted.

I honestly don’t remember much from this match except the fact that I actually got 2 Blissey set up with Mewtwo EX as my attacker and Will didn’t have much of a set up (I didn’t give him a chance to evolve his Duskulls and he didn’t seem to draw any Energies to supply his Kyogre EX with).

Basically I won this round by overpowering with Mewtwo which is actually pretty simple brained if you ask me.

Round 2 vs. ??? with Keldeo-EX/Blastoise BCR

Just as expected, my opponent’s coin flip is not in my favor and he starts the game with 2 Keldeo-EX and a Squirtle whereas I started out with a lonely Emolga DRX. He immediately drops a W Energy and a Tropical Beach, and after playing N and another Keldeo-EX to the bench, he proceeds to activate Tropical Beach for a brand new hand.

My turn and I go for the obvious Call For Family benching a Registeel-EX and a Mewtwo EX, realizing that powerhousing with Mewtwo is my best bet against a fully loaded Keldeo-EX. My opponent’s next action is to play the always agitating Ultra Ball/Skyla combo getting a hold of a Rare Candy and a Blastoise, discarding two W Energies with the Ultra Ball.

He then Catchers my naked Registeel-EX, plays Energy retrieval to Deluge a benched Keldeo-EX, and activates Tropical Beach to end his turn. Luckily, I topdecked a Switch and used it to place Emolga back in the Active Spot, attached a Double Colorless Energy to Mewtwo, and used Call For Family for 2 Chanseys.

My opponent once again drops a Pokémon Catcher to place Chansey in the Active Spot and after using Deluge on his benched Keldeo-EXs, he once again activates Tropical Beach to end his turn.

After sacrificing all 3-of my Chanseys to the Keldeos, I finally had Mewtwo stocked up enough to 1HKO any of his fully loaded Pokémon, and that’s exactly what I did. I achieved another brainless win with Mewtwo EX’s X Ball.

Round 3 vs. Dana with Scizor BCR/Garbodor DEX

At this point of the competition, I was getting a little excited that I was actually doing so well to be honest. Although I was definitely nervous because I had a previous encounter with Dana where he took home a first place Victory Cup with an Emboar/Rayquaza deck.

The game starts with the coin flip being yet again in my opponent’s favor and my two Basics were yet again Mewtwo EX and Emolga DRX. My opponent very nervously played a M Energy to his lonely Scyther DEX and passes.

Looking at my hand, I can hardly believe that I got this win so easily. I played my DCE to Mewtwo EX, played Computer Search and Skyla to get 2 PlusPowers from my deck, and X Balled for the win.

It was the final Swiss round and my opponent and I were the only ones undefeated, so I knew I was gonna make it to the top cut. The coin flip was once again in my opponent’s favor, but to switch things up, this time I actually started out with Registeel-EX and 2 Chanseys.

pokemon-paradijs.comMy opponent gets mainly a dead hand, as he does absolutely nothing with 2 Duskulls as his only Basics. My turn and I drop my DCE to Registeel-EX and pass.

To my devastation, my opponent plays an Enhanced Hammer to strip me of my only Energy, benches a Darkrai EX with a D Energy, plays a Professor Juniper to get a hold a Dark Patch to play for Darkrai EX, and passes. On my second turn, I play Town Map to find my only Darkrai EX Prized, dooming Registeel-EX to the Active Spot.

To try and make the situation better, I play my second and last DCE to Registeel-EX and played 2 Heavy Balls to evolve both Chanseys into Blisseys.

On my opponent’s next turn, he Skylas for a Rare Candy and evolves Duskull into Dusknoir. He then plays a Dark Patch to fully equip Darkrai, plays a D Energy to Dusknoir to retreat for Darkrai, lands heads on a Crushing Hammer stripping me of my Energy once again, and proceeds to use Night Spear.

My turn, I play Aspertia City Gym to tank with my Blisseys and pass due to a lack of Energy. On my opponent’s next turn, he reveals his nasty plot and uses Sinister Hand continuously keep my Registeel-EX alive and in the Active Spot as he knocks off all my benched Pokémon, playing Crushing Hammers and landing heads every time I played an Energy preventing me from attacking or retreating until he only had 2 Prizes left, and from there he of course KO’d my poor Registeel.

The moral of this story is obvious: Hammers hurt.

pokemon-paradijs.comRicardo is another player with whom I’d had previous experience with. He won by a Catcher when I played him at Longview Battle Road, but I knew I had no chance against such a consistent, tank filled/tech filled deck such as his.

Nothing too spectacular about this round: I didn’t take a single Prize card, but I almost got a second donk against Deino DRX 93 with my Chansey DEX 81, but of course Continuous Tumble landed tails first thing and his setup was too fast to keep up with.

I suppose Game 2 wasn’t much to complain about, I ended up taking half my Prizes and I would’ve done better if not for the continuous Max Potions every time I’d almost have something Triple Lasered to death.

Even though my deck was a complete failure, I actually went home with 3rd place, winning 4 packs of cards with a Landorus-EX pull in the very first one I opened. Although I didn’t win the way I would’ve liked to, I had tons of fun, and got free cards out of it. :) 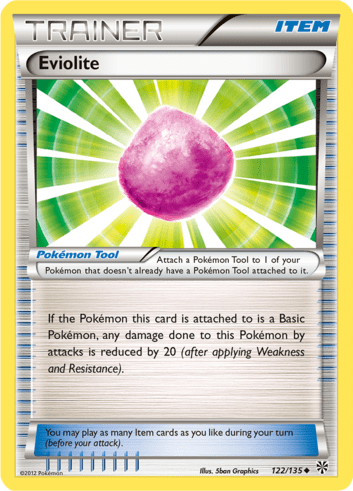