There has been a lot of Regionals action in recent articles, but in this one I’m not going to tell you what the play is. I’m not going to give you top tier decklists or meta evaluations. Instead, I’m going to talk about one of the most dangerous conditions in many card games: Going on tilt.

Those of you who are unfamiliar with the term may ask, “So what exactly is ‘going on tilt’?” If you already know what this means, just skip to the next section.

Simply put, going on tilt is an emotional state in which negative emotions cause you to play irrationally.

Because emotions are getting in the way of logical thinking, you make mistakes, sometimes obvious ones to an emotionless observer. One can go on tilt for a number of reasons. I won’t go in depth on those quite yet, but the biggest are generally bad beats or other major letdowns in how a game or games play out, often because of luck.

Mistakes you can make while on tilt are often due to overly aggressive strategy errors or a lack of focus on the game at hand.

For example, you could use up a bunch of important resources to score an insignificant KO just because you’re in a nasty mood and not thinking straight, or throw complex strategy out the window and just take the obvious plays without thinking through the next few turns and developing a plan.

So now that you understand what tilt is, the next step is to try and counter it. Trying to just “calm yourself down” when you realize that your emotions are out of whack during a game doesn’t usually cut it, so the key to staying on the ball is in recognizing the causes of it, and beating it before it beats you.

Causes of Going on Tilt

These are games where your opponent totally annihilates you. Not just because of horrible matchups, but often involving card droughts, whether for Supporters, Energy, or sometimes even Pokémon. When the deck just doesn’t pull through and everything flies apart. Sometimes this happens even against good matchups.

Whether because of inconsistency in a deck, or good old dead-draws because of bad luck, games like these can really sour a person’s mood. Donks often have the same effect, when a player loses before the start of his or her first turn turn. Bad games like these happen to everyone, but it’s never fun to be the one who gets beat badly.

Bad beats and donks early in the tournament can be especially disheartening, but making a solid effort to avoid letting them ruin your day can go a long way. Getting your mind off the game definitely helps, whether that means taking a (short) walk, calling a friend, listening to music, or anything else.

If you plan to win the next match, it’s important not to be dwelling on the last one come the next round.

It’s round 6, and you’ve gone 2-3. You had hoped to do well this time around, but between that round two donk and that Energy drought round four, the day just hasn’t gone your way. You’re starting to feel pretty down on yourself. This is an example of going on tilt because of a bad win-loss record.

Tilting because of a bad record can take the excitement out of any tournament, so once you honestly admit to yourself that you probably won’t be making top cut (or whatever your goal is), the remaining rounds can still be improved by playing the rest for fun.

It’s never worth it to ruin your day because you were hung up over a bunch of bad games, so do yourself a favor and try to get off tilt.

3. Opponents Having Great Luck and/or Your Own Horrible Luck

pokemon-paradijs.comMost of us know the feeling of watching as your opponent flips eight straight Crushing Hammer heads, or when you N them down to one Professor Juniper. Losing close games because of an opponent’s incredible heads flips or amazing draws often takes the fun out of things, much like bad beats and bad records can.

Usually, this kind of luck will come out of nowhere, and when someone has high expectations, stuff like this comes pretty tough.

An important thing to remember about this sort of thing is that it happens to everyone. There is no way the luck factor can be totally eliminated from matches. If there is even one donkable Basic in a deck, sooner or later it is going to get donked. Recognizing huge luck from opponents and accepting it as part of the game is a huge step in the right direction of keeping off tilt.

With the luck factor being such a huge part of the game, consistency is very important. That’s often why Energy/Supporter droughts happen in the first place, so instead of moping about getting lucksacked, taking the opportunity to improve a deck’s consistency is the best way to handle situations like these.

When life has dealt you a handful of lemons, it’s not easy to be playing properly all the way through. When you are having emotional trouble during a tournament, you can’t honestly expect to do as well as you normally would. Personal problems are unavoidable, so there isn’t really a way to “counteract” them in the space of one tournament.

Whether it’s better not to play at tournaments for a while is your call, but understand that any unusual failures in them are probably because your mind isn’t on the game. Resolving these personal issues will most likely put you back off tilt.

pokemon-paradijs.comEmotions, plainly, are what causes tilt. Going on tilt is an emotional state, so having a clear head to focus on playing properly means you don’t have to worry about tilt. It is impossible to entirely rid yourself of emotion during games, but going on tilt happens only when those emotions get out of control.

Whether because of anger, despondence, pessimism, overconfidence, or anything else, going on tilt will always hurt your game.

By causing you to play more aggressively or give up too quickly, logic won’t be as big a factor in your decisions as it ought to be.

Often throughout games, you can be varying slightly from the correct strategy you should be using because of emotion, and these variations can build up to majorly affect the outcomes of games. Irrational decisions will become more and more common as you let them pile up over the course of a day.

You can nip the problem in the bud by mentally correcting yourself during these tiny tilts before they evolve into a far more dangerous beast.

Why Tilt Does What It Does

When a match takes a turn for the worst, the player who is losing will now be going on tilt. His emotions will be reacting to the sudden loss in confidence, and he will either try to get back on top just as quickly, or lose the sense that a win is possible.

Trying to catch up right away is bad, because solid leads are going to be won by careful planning rather than less rational reactions. Going directly on offensive right away, while it can be the right move in certain circumstances, can ruin the support you need for that final “checkmate.”

Whether it is better to sacrifice that Sableye so you can Junk Hunt, and hit the Night Spear next turn with a fresh Darkrai, rather than plowing forward with a Darkrai that already has 150 damage on it is something you are less likely to take into account while on tilt.

Granted, the mistake in that example may be an amateurish one to make, but the more skilled a player is in controlling his or her emotions, the less likely they are to make bad mistakes because of tilt.

In the end, the best and most surefire way to avoid tilt is to think through each move step by step slowly. While it may take longer than however quickly you usually play, as long as you don’t violate any time rules, looking at all your options rather than jumping at thoughts is the way to go.

Because tilt is an abnormal condition, making sure you don’t slip up goes a long way. Mistakes you can make when on tilt can occasionally be avoided when you recognize that you are tilted. The reason emotion gains control over players in the first place is because they get caught off guard by it, and don’t know how to respond adequately enough to shape up their games in time.

So, learning to recognize when you are on tilt is the first step in any sort of method of recovery. You can’t fight an enemy that you don’t know exists, and emotions are no different.

pokemon-paradijs.comGetting off tilt is a far stickier situation than avoiding it altogether. That’s why recognizing its causes is so important, so you can get rid of a problem before it exists. But in order to get off tilt, you must first know that you are tilting. Ask yourself: was that move I made the right one?

Adrenaline and pounding hearts are not good for logical strategy, so it makes more sense to at least try to mentally slow yourself down in the hope of avoiding making mistakes. Taking a momentary spectator’s point of view and asking, “Does this play make sense?” will be a far better tool than just telling yourself “Tilt is just part of the game.”

Of course, this is easier said than done, in the rush of a game it isn’t easy to slow yourself down.

As a last note, don’t do any sort of business with money or trades while on tilt unless you the deal was already organized, or you have a friend to tell you what makes sense and what doesn’t In a non-gambling game, tilt is far less dangerous than in anything like poker, for example, but speaking from experience I can tell you that you can still blow money that you will end up regretting while on tilt.

When your emotions are out of whack and influencing what you do, you’re better off safe than sorry when it comes to things of monetary value.

While this article may have been a shorter one, I hope it helped arm you against tilt you may encounter in the future. Tilt can be a looming threat during any tournament, so learning to control it is an important part in every player’s development. Anyway, thanks for reading and good luck to everyone in their tilt-conquering efforts! 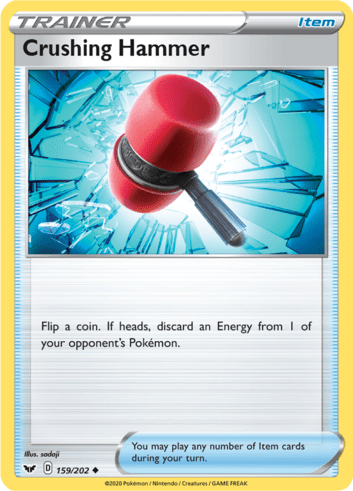