Hello SixPrizes patrons and Pokémon community! This is my first time writing a 6P article so traditionally I will introduce myself and give you some insight to my background.

My name Is Mark McDonald. I am a native of Detroit, MI, however, I am currently a resident in the city of Canton, MI. I’m 25 years of age and a full time employee in an automotive manufacturing facility as a Quality Associate.

I started playing Pokémon competitively in 2010 during the SP era. Nationals 2010 was the FIRST tournament I ever attended. I was introduced to DialgaChomp by my good friend Vito and literally had one week to learn the intricacies of the deck before Nationals. I ended my first tournament 6-3 missing cut.

I don’t have any significant accolades other than top 16 at the 2011 Fort Wayne regional and top 16 in this most recent St. Charles Regional. I have quite a few top cut finishes though I have never won a tournament. Anyway that’s enough rambling and I’ll get straight into my tournament report!

I embarked on the 9 hour driving endeavor with friends Sean and Chris. We roomed at the immaculate Embassy Suites hotel connected to the venue. I decided to play Keldeo/Blastoise – a deck that I absolutely despised during its initial release, but grew to like after lots of tweaking and conversing with friends Jack and Nick about perfecting it.

I was pre-registered for the tournament and pumped for an amazing experience with friends and the best players in the region.

During the registration complications I met up with my good pal John Roberts II and sat down with him. After suggesting Computer Search over his Gold Potion, the addition of a 4th PlusPower, and me extensively pile shuffling his deck, he went on to go 8-1 in Swiss! Congrats to him.

My game explanations won’t be incredibly detailed due to my horrendous memory, however I will do my best.

Round 1 vs. Kyle Lane (Landorus/Mewtwo/Bouffalant)

He opens with Bouffalant DRX, I get a fairly decent start and end up being in a situation where I go aggro with Blastoise. He is forced to bench a Landorus-EX to avoid being benched which is immediately Catchered up for 2 Prizes.

From this point I just maintain advantage and get the win in a decent match.

Round 2 vs. Jake Anderson (Hammertime)

This game was extremely unfortunate for my opponent. He starts Sabelye DEX, attaches a D Energy, and can only Confuse Ray turn 1. He had no Supporter OR Basic to bench. I on the other hand get an incredible start with turn 2 Blastoise in hand with a Beach draw.

His next turn he draws and Confuse Rays me again… I simply Rare Candy into Blastoise, Deluge 3 Water to Keldeo and 1-shot that active Sabeleye to win.

Round 3 vs. Brandon Hernandez (RayEels)

This is the matchup I wanted to avoid at all costs. I knew if I couldn’t get rolling early the chances of winning were slim to none. Of course I start off awful struggling to set up a Blastoise as he gets an incredible start allowing him to 1-shot my Keldeo with Rayquaza extremely early in the game.

I fall behind considerably yet almost mounted a comeback, but it was simply too late.

Round 4 vs. Stan Kennady (Keldeo/Blastoise)

I start this match off with a triple mulligan. I win the coin flip but with no N in hand. Despite drawing three additional cards my opponent didn’t get a Blastoise up the entire game. I got the T2 Blastoise and luckily had Catchers every turn for his benched Squirtles. From here I KO Keldeos for my remaining Prizes and get the win.

This round I didn’t write any notes after the game but I think my opponent was playing Eels. I wish I could recall this match other than the fact that I won. If you’re out there Jorel and remember the game specifics feel free to message me the details.

I’m guessing it was so epic of a match that we went to time and was so suspenseful that I forgot to record the data! Yeah… let’s go with that! In light of this boring round I’ll grace you with the musical stylings of Mr. Conway Twitty!

Round 6 vs. Justin Young (Hammertime)

Justin is a player I was familiar with already from other events. His sister Kaitlin made top 8 in this tournament and top 8 at Nationals in Seniors. She dates Dave Richard who’s from my home area that won Nationals in 2011 in Seniors. Dave’s brother is Dan Richard who got top four in this event and 3rd in Worlds in 2005!

Needless to say this entire family is extremely good so I’m especially on my “A” game here. I start awful as he sets up two fully powered Darkrais with Eviolites. I eventually get a Squirtle benched and luckily for me he is unable to get Catcher to KO it.

I Rare Candy into Blastoise and get an incredible 9 Energy KO on Darkrai. He can’t respond with Mewtwo and I take another 1-shot KO on the second Darkrai for the win. All hope seemed lost throughout this game for me but somehow I managed to pull off the win.

Round 7 vs. Carrington (I think Eels)

Ok… I acknowledge that I’m doing well at this point and note taking is starting to become less prevalent and winning is predominantly my main focus (along with fun). My brain is beginning to malfunction and I’m pretty sure I vividly remember more than anything extremely needing to urinate during this round. Hunger was setting in, etc…

Honestly, the main bullet point and ultimate conclusion to any successful tournament report is simply “I Won” (me). Hopefully my corny attempt at humor in place of actual game play information isn’t destroying my non-established reputation as a player.

Before the match I mention to James that I definitely know him from somewhere and ask if his Facebook profile picture is a Froakie, he replies yes. I know him from his frequent posts and comments in the ever popular HeyFonte group.

He gets a GOD start against me and this match my Blastoise parted the nearby Mississippi river with Hydro Pump on MLK weekend and went aggro deep in the Eels dwelling at the bottom of the river.

I had 2 Blastoises up with 4 Water each 1-shotting Eels every turn after he had pretty aggressive control in the beginning of the match. I get a critical N on him to 2 cards and he draws blank. Even our Stadiums fought hard in this match. Both of my Tropical Beaches and Pokémon Center hit the field as well as 2-of his Skyarrow Bridges. I think I may have gotten 1 Keldeo out in this match.

Round 9 vs. Ty Smith (Keldeo/Blastoise/Sigilyph/Kyogre)

Ty is definitely a player I had heard of prior to going into this match. He is an established player with an extensively track list of accomplishments. This round was recorded which is the first time I ever was featured so the pressure is on. I entered this event with a confident attitude and I’m not easily intimidated by big names so I felt good going into the match.

He starts with his Sigilyph tech while I get a mediocre start. We pretty much just Beach quite a bit and he walls me with Sigilyph while we set up.

He has a turn where he Ultra Balls a Giant Cape away instead of attaching it to the Sigilyph. I didn’t know the contents of his hand but if he had attached the Giant Cape it would have prevented me from KOing it with Blastoise the following turn.

At this point we both express how tired we are and it definitely shows with me as I forget to Pokémon Center one turn and Rush In to a fresh Keldeo on another turn. We have an Incredible game but I’m able to Catcher his damaged Kyogre EX for the win!

This concludes an exhausting gauntlet of Pokémon rounds and I close the day out with 1 loss in Swiss. On to top cut!

First and foremost I must shout out this gentleman for not only being an excellent player but after the rounds keeping an eye on my charging phone while I aimlessly walked around pestering Hovercats and The Top Cut. This game was also streamed by Bullados so look out for it as well at some point soon.

Miles unfortunately for him starts with Landorus and Hammerheads my Keldeo. I get T2 Blastoise and immediately KO the Landorus. He has an awful hand and is left with only a lone Terrakion with Eviolite. I manage to KO the Terrakion and take a fast 1-game lead in the series.

He obviously opts to go first and has a Mewtwo family reunion on his field as I struggle to set up.

I’m in unwelcomed territory with Daddy Mewtwo, Mama Mewtwo, Uncle Joe Mewtwo with the glass eye, Grandpa Jimmy Jack Mewtwo with the iron lung, and even Grandma Jazebell Mewtwo with the size 30 XL panties all ready to X BALL my turtles back into a New York City sewer.

He starts Landorus again! On top of that I get the best start I believe of the entire tournament. The game actually is eventful but the advantage of Knocking Out the landorus put me too far ahead for him to comeback from so I advance to top 16.

Andrew maintained advantage in this game with going first and a better set up to help him. He hits a crucial Super Scoop Up that heals a damaged Keldeo which also allows an EX KO for him.

I must add that next to me Jay Hornung was facing my pal Dan Richard so possibly being in such close vicinity to the real life Grinch actually benefitted my opponent whom is a Grinch in his own way since his dad is the PTO and essentially entitled a trip to Nationals and Worlds regardless!

Anywho, Andrew wins and we advance to Game 2.

Simply put I draw dead. I Bianca T1 for 2 and hit no Supporter for the entire game. After getting down 3 Prizes I extend my hand and wish him good luck in top 8! He would go on to win the event crowning him champion of the largest regional tournament in Pokémon history!

I’m absolutely comfortable sharing my list because for one, I’m just cool like that and also because I’m sure I won’t be playing this deck after the release of the upcoming set. I know most Keldeo lists are almost exactly the same, but I honestly put countless time into the construction and testing of this list.

What’s your opinion on it? And do you like it?

I had more fun at this event than any previous one I’ve attended. Regardless to the fact that I did well my spirits were high, I was surrounded by great friends, made new friends, and hopefully proved to be a good competitor to my peers.

I now have 160 Championship Points so I still have a considerable ways to go, but I’m confident that I will earn a triumphant Worlds invite at some point. I want to thank the tournament staff for an excellently run tournament (despite the registration situation).

Ameristar casino (lost 150), headache after Swiss, 10 hour drive, not being featured on The Top Cut, not hooking up with a hot PokéMom, eating like a German armada during the drive there, watching countless noobs pester Pooka, phone dying, not winning the event, and most importantly not meeting YOU during the tournament! 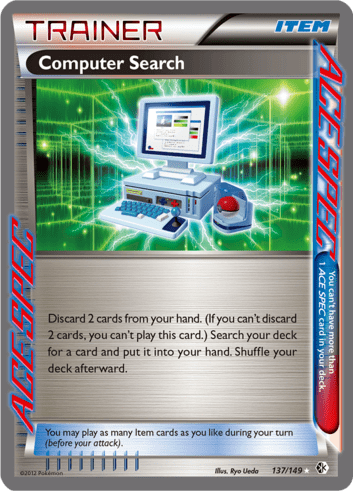