Hey everyone! It’s been awhile since I’ve written an article, but I’m back today with my report from the Sandston, VA Winter Regionals.

Leading up to Regionals, I was considering a few different decks. The first was Hammertime. I was considering this deck because Regionals is a very large tournament with many rounds to play. This being said, it is very important to bring a consistent deck to the table, which Hammertime certainly provided.

Unfortunately, as my testing went on, I felt unsure about the deck’s Blastoise matchup. While I knew it was winnable thanks mostly to Dark Claw, I just wasn’t feeling perfectly comfortable with the matchup.

My second option was Ho-Oh. This is another deck that had the consistency needed to make it through a large event, however, I opted not to play the deck for the same reason I neglected to play Hammertime: the Blastoise matchup. Don’t get me wrong, Ho-oh certainly had the capability to beat Blastoise, it just seemed to me as if it was too much of an uphill matchup.

Knowing that Blastoise would most likely be the most popular deck at the event, I wasn’t ready to play a deck that had a shaky matchup with it. This led me to my last option: Blastoise/Keldeo.

I basically came to the conclusion that “If you can’t beat ‘em, join ‘em.” I looked my list over and constructed what I thought was the most consistent list I could come up with. So without further ado, here is the list that I chose to run at Winter Regionals.

A lot of my friends were telling me to ditch the Keldeo 47 for many different reasons. However, I felt as if it was a solid Sigilyph counter as well as a decent attacker in general. In addition, it prevented me from having to attack Sigilyph with Blastoise.

Furthermore, I found it to be a decent attacker in the RayEels matchup. It allowed me to take easy KOs on Eelektriks at the cost of a 1 Prize attacker. Looking back, I probably could have gotten away with not playing it, but there were certainly times during the day that I was happy to have it.

I chose to play 3 Ns instead of 4 because I felt as if N was a worthless card in the late game. Therefore, I chose to increase my Bianca count by one so that I would have some extra draw power throughout the game.

While this might seem random or unnecessary, this card was a great 1-of tech that brought me a lot of help throughout the day as well as in testing. Because I was running 4 Skyla and one Computer Search, this card was very easy to search out.

Its main use was for the Garbodor matchup, in hopes to start with an early Mewtwo and to put early pressure on their Trubbishes.

Additionally, it provided a way to respond to opposing Mewtwos as well as a way to deal a quick 70 damage with Keldeo-EX.

Now let’s move on to the event.

So I wake up at 4 AM, get a shower, and head out the door around 4:45. We stop by my friend Jordan’s house to pick him up and then head to the park-and-ride to pick up Sam. We get on the road about 5 AM. We all end up falling asleep, leaving my mom with nobody to talk to for the entire 2-hour ride.

We end up making pretty good time, showing up to the venue around 7:15. Registration didn’t start until 8, so we had some time to kill. During this down time, we got some breakfast and wrote our decklists. Before we knew it, it was time to get in line and turn in our decklists. Not long after, round one pairings went up.

Round 1 vs. Azul G. with Darkrai/Mewtwo/Bouffalant

This went on for a turn or two longer until I missed my N to respond, at which time he dropped the Catcher for the win. Really close game, but I move to 0-1. GG.

Round 2 vs. Shawn K. with Blastoise/Keldeo

In the next two turns, my Keldeo-EX is able to take two more KOs on Squirtles. At this point, it was going to be very difficult for him to get a Blastoise out. He’s finally able to KO my Keldeo-EX with his Mewtwo, but on my turn I had the Candy and Blastoise, which allowed me to return the KO on his Mewtwo.

It wasn’t long after this that I was able to load up a large Keldeo-EX to take my last Prize card for the win. GG.

Round 3 vs. John C. with Quad Sigilyph

This is where my Keldeo BCR 47 came in handy. I believe he played first, attaching to a Sigilyph and passing. I was lucky enough to start with that Keldeo and get some Squirtles on my bench. I don’t remember too much more about this game, other than the fact that little Keldeo was worth its weight in gold and took quite a few KOs on Sigilyphs. GG.

Round 4 vs. Jason L. with Blastoise/Keldeo

I look at my opening hand, and it is abysmal. Luckily, he plays first and drops a N. This nets me a Juniper as well as access to two Squirtles. Overall, I was able to win because I got my setup one turn earlier and was always one turn ahead in the Prize trade. GG.

Round 5 vs. Mychael Bryan with Darkrai/Garbodor/Hammers

I had a pretty good idea of what he was running, and I knew I was most likely doomed. He plays first, and sure enough he turns over a Darkrai and a Sableye. Immediately he Ultra Balls and grabs a Trubbish.

To make matters worse, my hand is atrocious. There really isn’t much more to be said here, other than the fact that I got crushed. GG.

Round 6 vs. Natalie S. with Blastoise/Keldeo

She plays first, benches two Squirtles and passes. I felt as if she was bluffing and I play my N. I bench two Squirtles of my own and pass. She ended up drawing Candy, Blastoise, and a Juniper off of her N I believe. In the end, she had more momentum than I did and I fall short of winning. GG.

At this point I’m pretty sure that the dream is dead, but I decided to play it out anyway.

Round 7 vs. Deon with Ho-Oh

I was able to set up pretty well to his mediocre start. I remember that he had to discard two Junipers with a Juniper, so he would be short on draw power throughout the game. In the end, my good start and ability to respond to the Mewtwo war was enough to earn me the win. GG.

Round 8 vs. Mason with Blastoise/Keldeo

I remember going first and having an amazing start, with him not playing a N. I basically just took over after turn two, getting a Blastoise and an attacking Keldeo-EX. GG.

If I remember correctly, he played first. He flipped over a Virizion NVI and attached a Grass, followed by a Double Draw. I start with a Mewtwo, get some Squirtles on my bench, and pass. My hand was a Blastoise and a Rare Candy.

He plays an N, giving me Blastoise, Rare Candy, Keldeo-EX, and a Juniper. After drawing that, my draws only got better. In the end, I got a huge Keldeo-EX that was able to take KOs on Mewtwos and his Virizion. GG.

Now it was all up to resistance. I was going around, adding up the records of my opponents that I kept in touch with all day. I knew that Azul was 7-2, Natalie had at least 5 wins, Thomas had 5 wins, and Mychael had 5 wins. So from what I knew, my resistance was looking pretty good. I had heard that six or seven 6-3’s were going to make the top cut, but all I could do was cross my fingers.

The standings come out, and I see my name at 55th… yup, I whiffed big time. But thanks to the kicker, I made 10 Championship Points bringing my total to 198. I had a great weekend despite missing the top cut, hanging out with friends and meeting new people.

That’s all I’ve got. I’m already looking forward to Plasma Storm to release and for States to start. I should be attending VA, MD, and DE states, so if you see me, make sure to say hi! I’ll most likely be wearing my hat that says “The Villain.”

Anyway, thanks for reading, and I hope you enjoyed! 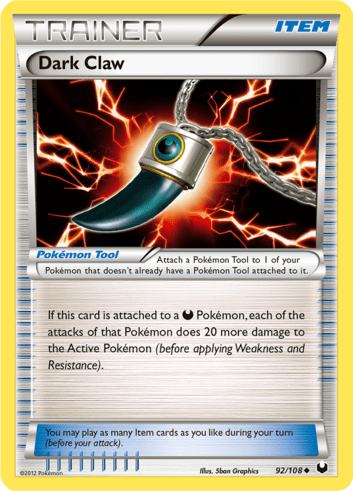