Hey there SixPrizes community, I know it’s been a while since I wrote an article. Unfortunately I got pretty sick before Week 3-of States and couldn’t go and was kinda bedridden for the first part of my spring break. So this year I only went to two States: Week 1 I went to Virginia and Week 2 I went to Maryland.

Without further ado, let’s get straight to the tournaments.

I honestly didn’t know if I could find a ride, as I had been super busy with school because I’m in Junior year right now, but my good friend Jimmy Pendarvis managed to get me a ride and that was amazing. So we get there and the hotel room is split between me and 3 friends.

I was given a deck – huge thanks to Henry Ross-Clunis and Chris Coffman for lending me the cards to build it. I played Landorus/Garbodor and was really unsure of the deck going into the night.

We started testing at like 11 PM and I tested till like 4 AM and then we all went to bed around 5. Big mistake. Big, big, big mistake. I had shower, so I had to be up by 6 AM, and then we went and got some Denny’s (which was absolutely disgusting).

We get to the tournament area and I get all the cards I need for the deck. I get registered and we sit down for the first round, and who do I get paired up against? The one person I spent all night testing with.

Round 1 vs. Kim Van Lang (Durant/Garbodor)

This matchup is pretty clear for me, as all I have to do is spread out the damage on the field and once I get a Landorus with 3 Energy I start steamrolling her. The biggest thing in the matchup was that I didn’t bench anything whatsoever.

She played the match out perfectly, using Sableye to get back Hammers and disrupt me as often as she could. She got some really unlucky tails flips but I was still set back a few turns as I didn’t see an Energy card for a while, but once I got the Energy I started things up again.

Round 2 vs. Mickey Catron (Klinklang)

This should be a matchup that I win, but everything that could go wrong, did. I searched my deck for a second Trubbish and lo and behold, I had two Trubbish Prized as well as both Rescue Scarf and two Garbodor. I managed to get a T2 Garbodor, but no Tool to my distress.

He managed to KO my Garbodor and I was put into a deep, deep hole. I saw a glimer of hope when he Benched a Keldeo which I KO’d. My Prizes were a Trubbish and a Garbodor. I made a comeback once I got the Garbodor out, but Mickey N’d both of us to 1 and I needed a Switch or an Energy to win the game. I had one of each in a 6 card deck and managed not to get either and lose. GG Mickey.

I downed a couple of hot dogs for lunch to cover up my sorrows.

Round 3 vs. Kid in an Eevee Hat

I heard this kid was playing Grass.dec and I was really cocky when I sat down. Huge mistake. He flips over two Tornadus and gets a T1 DCE and Stadium. I’m barely doing any damage with Hammerhead but somehow the Prize count becomes 2 to 2.

I had enough damage racked up on his field to 1-shot his Tornadus next turn, but he drops a Shaymin EX, uses Scramble Switch, drops the first G Energy I saw all game, and KOs my Terrakion-EX.

At this point I was basically done and completely exhausted, but I couldn’t drop because the rest of the guys in my car were doing really well.

Round 4 vs. Pokédad (Quad Sigalyph)

Once I got my Garbodor out with a Tool my Landorus went to town. I managed to 6-0 the poor guy, but he was super nice and said he was only here cause his kid was still playing in the Juniors division.

For the first few turns he hadn’t played a single Supporter and I was KOing every Deino he put down as soon as it hit the field. Turn 5 or so he Junipered away his hand and he discarded 3 Dark Patch, 2 Candy, and 3 Hydreigon. I knew at that point that there was no way he could make a comeback and I just swept him from there.

Basically I went first and he opened double Tynamo and I went to town with Landorus. The only scary part was when he dropped a Victini-EX, Victory Piece, and N’d me down to one. Luckily I had 2 Energy on my Active Landorus and got the third Energy that I needed to win the game.

If I hadn’t hit the Energy, my board would not have had anything and I might have lost the game.

Round 7 vs. Justin Rosenberg (Blastoise/Keldeo)

This game was super close because one turn he managed to Scrapper off my Tools, load up a Keldeo and Mewtwo, and 1HKO my Landorus. I was holding a Tool and dropped it back on my Garbodor and then the game got super, super close.

I needed 1 Prize and his Mewtwo had 90 on it at the time and his Blastoise had 30. I needed one Energy to KO the Mewtwo with my Landorus, but I knew I was out of Energy. So I Catchered up his Blastoise and started to stack up the damage on the Mewtwo and he hit tails on a Scoop Up which gave me the game.

Results go up and I’m dead last of the 5-2’s at 21st place because Kim went 1-6 on the day and I had 3 opponents drop with terrible records. All in all the tournament was fun and I enjoyed the day, but I never wanted to play that terrible deck again. I had absolutely no fun when I played Landorus/Garbodor and wanted a deck that was more fun the next week.

I was more ready for this week and expected people to latch onto Big Basics, so I decided to go with my favorite deck, Blastoise/Keldeo. We get there and it’s a new venue from previous years and it was a really nice place, big and roomy.

Round 1 vs. Phil (Starter Deck)

BulbapediaIt was Phil’s first tournament so it was a pretty easy win for me, but I helped him out a bunch so that he would get a better understanding of his deck and have a fun day.

Dave got an unfortunately slow start and I managed to get a T2 Blastoise and a loaded Keldeo and kept KOing his Trubbishes. Once I KO’d 3 of them he scooped because he knew that he couldn’t do anything without any Garbodor.

Lunch break was fun and I went to this really nice Mexican Place called El Pueblo. I got like a huge plate of Arroz con Pollo for like $8 and I felt so bloated going back to the tournament.

Round 3 vs. Dan Brown (Darkrai/Mewtwo)

Basically I got set up super fast and one turn I managed to get 8 Energy on my Keldeo to 1HKO his Eviolited Darkrai. Once you get a T2 Blastoise going first against Darkrai it’s a pretty one-sided game from there.

He managed to counter me with Mewtwo, but I had a Scramble Switch in hand and countered his Mewtwo and won the game in swift demeanor.

I don’t remember how exactly this game went, but I know it was super quick and I managed to win my game really quickly.

Round 5 vs. Zach Bivens (Big Basics)

pokemon-paradijs.comHe gets set up really fast and took a bunch of Prizes. One turn, I dropped my entire hand to get two Squirtles out on the Bench and with Beach I got to fill my hand up. I got a T4 or so Blastoise and used an N to put Zack at 2 and me at a whole 6 cards still. I loaded up a Keldeo and started 1HKOing his Pokémon.

I managed to get 3 or so N’s in a row to completely set him back and he was unable to make a stand whatsoever. Great game Zach.

Round 6 vs. Alex Frosch (Stunfisk/Mewtwo/Dusknoir)

He didn’t have a single Supporter and I managed to have a T2 Blastoise and get a ton of Energy on Keldeo to 1HKO his Mewtwo. He tried to keep benching Basics, but I had everything I needed and I swept him.

Round 7 vs. John Orgel (Klinklang)

This is my hardest matchup by far and I had already resigned myself to losing the game before it had begun. I got 3 Blastoise out this game and started putting damage all over his field. I realized at one point that I was completely out of Energy, and he did too so he Catchered up my Keldeo and I was basically like “Well poop.”

I used N and I knew I had two SSU in the deck, and either one being a heads would’ve been great so that I could take some Prizes eventually. Two tails and the game was over.

Standings go up and surprisingly I’m at 2nd seed. I gave in my deck for check and went over to Giant to grab some Arnold Palmer. John, McClure, and I all got huge gallon jugs of Arnold Palmer which was pretty Gucci.

Chuck was pretty new to the game, but had plenty of experience in other games like Yu-Gi-Oh and Magic. It was a pretty good matchup for me, so I felt pretty confident in my chances.

pokemon-paradijs.comHe managed to KO my Blastoise with Lasers and Landorus and I was pretty screwed since I didn’t have a Supporter in hand. Luckily I got enough Energy to 1HKO his Landorus and the Catcher to take out his Benched Landorus and win the game.

This game I got completely set up and got completely rolled him. He tried to come back into the game with a late game N, but I had enough resources in the deck to hit a Juniper and get another Keldeo set up to win the game.

We both got set up at the same pace, but Dean managed to draw well enough off a late game N and I didn’t.

I got set up much faster than Dean and managed to steamroll him with crucial Energy Retrievals and a clutch Scramble Switch.

In this game Dean doesn’t play a Supporter T1 so I assume his hand is pretty bad and I just attach and Skyla to get set up.

He goes Candy + Blastoise and drops 4 Energy on Keldeo and then Junipers. I felt my jaw hit the floor at that point as he dropped two more Energy on his Keldeo and one Energy on both his Mewtwos.

I couldn’t make a comeback at all and he swept me pretty fast. It was over before I knew it.

I had a pretty good run and was disappointed to see it end like that, but I now have 190 CP and would need to have a crazy good run at Regionals if I want to make it to Worlds. I’m planning to head down to Georgia if I can find a ride in time, but other than that I’m pretty much done until Nationals. If you guys see me at a tournament, just come by and say hi.

Peace out and good luck at your Regionals. 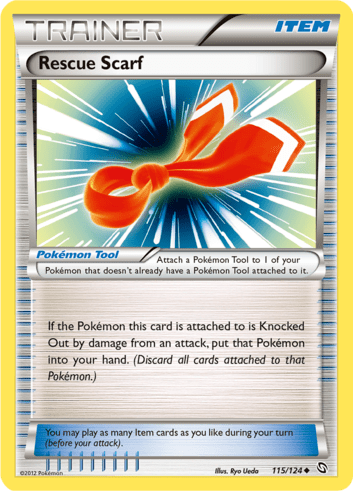