Hey SixPrizes, how’s it going? It’s me, Caleb, back again with another set of reports! Last time I wrote a tournament report I talked about my top 2 finish at Spring Regionals. Today I will give my reports for the 3 Battle Roads I attended recently.

I arrived at the tournament, and we had a pretty big turnout, so we had 4 rounds for Seniors.

He starts out with a Squirtle to my Victini, and I go first. I get a Victory Piece out turn 1 and start powering up my bench with Energy. He manages to get a T2 Blastoise, but doesn’t have Energy to attach to his Black Kyurem. I start to hit for 100 with Victini, and he can’t do much. I eventually win the game taking 6 Prizes to his 2.

He starts out with Cobalion-EX to my Darkrai. He attaches and attacks. I play Ultra Ball for a Victini, and attach my Victory Piece, I then play Juniper, knowing that if I get a D Energy I can win. I don’t get the Energy… but I do get an Energy Search, so I sniff out a Dark, attach it to Darkrai, retreat and hit his Cobalion for 200 and the game.

He has a lone Klink to my Sableye. I attach an Energy and a Dark Claw, play down my Virbank and Skyla for a Laser in order to Confuse Ray for 60 damage and the donk once again.

I don’t remember too much about this game, but I know he didn’t get out a Darkrai until I had taken 4 Prizes from Sableyes and Garbodors, and at this point he was too low on resources to recover. I win 6-0.

In the end I won the tournament being the only undefeated. It was a fun day and I pulled a Ghetsis from my 4 packs.

This week I was originally going to play Gothitelle, but since I couldn’t get the cards together in time, I just decided to play TDK.

Audino was in there as a Gothitelle counter, but it ended up helpful in other matches too.

We both play really slow, terrible games, and exchange Prizes for a while, with neither of our decks functioning how we want them to. He uses N to put us both down to 1, and I get a Juniper allowing me to get the cards I need to take the last Prize.

I remember little to nothing from this game; all I remember is that I took an early advantage, and he misplayed slightly allowing me to win.

He starts out with a Kecleon to my Kyurem and Deoxys-EX. I Colress Machine and attach a Blend, then play a Virbank City Gym. His Kecleon has only 70 HP so I need a Laser to win the game. I play a Juniper, and the 7th card I draw is the Laser.

We decide to play again, and I take an early advantage eventually winning after he forgets to Rush In/Retreat to clear the poison off a heavily damaged Landorus.

This game was my longest of the day. We both get fast starts and exchange Prizes for a while. He takes an advantage and gets down to 2 Prizes compared to my 5. He has 50 damage on a benched Sableye and 90 on his active Darkrai EX. I play a Laser, and KO both with Frost Spear from Kyurem combined with 3 Deoxys, making the Prizes even, however my Kyurem was Knocked Out by poison giving him the 1 Prize advantage.

I have a Thundurus with 150 damage on my bench, and his newly active Darkrai has 1 Energy. The next turn I play N, and neither of us get much but I am able to power up a Deoxys-EX to start attacking. I hit him for 40 plus 30 for poison. He attaches, emptying his hand, but not before Rush In/Retreating to remove poison. I attack once again putting him at 140 damage.

He has 3 cards in his deck with 2 Energy left, and needs to draw one for the win, but he misses it and I take the game. It turned out that one of the Energy was his last Prize, which made the bad draw somewhat more likely.

She starts out with a lone Sableye, and I almost get the donk, but miss an Energy off a Juniper. She gets out a Darkrai and attaches to it after retreating. I Frost Spear and Laser her Darkrai putting 60 damage on it, eventually going up to 90 from poison once again.

I Juniper into a Deoxys and 2 Team Plasma Ball, and get out 3 Deoxys in one turn, allowing me to Frost Spear and KO both her Darkrai and her benched Sableye to win the game by benching her out.

Once again, I won the tournament, and I got a reverse Absol out of my packs as well. My Round 2 opponent ended up going 4-1 and taking 3rd, as well as my Round 4 opponent taking 4th at 3-2. It is very good, in my opinion, that so many rogue decks are performing well in my local metagame, as I feel it makes for a healthy metagame.

I knew I needed top 2 this week for one reason. Beforehand I was at 309 CP, which meant that at Nationals I would have to take top 8 in order to win my Worlds invitation. However, if I finished first or second at this Battle Road, I would go up to either 321 CP or 324 CP, either of which puts me in range of only taking top 12(!) at Nationals. Now, these are both rather unlikely, but it increases my chances.

We had 4 rounds this time, and I decided to play the same list as the previous week, with the exception of replacing an Ultra Ball with another Team Plasma Ball, and replacing the Audino with a Bicycle.

I had never seen this deck (or the player for that matter) before, but the game went pretty fast. He starts with 3 Chimchars and I go first. I start with a Kyurem, attach a Prism, and Colress Machine in order to get the T1 Frost Spear to KO a Chimchar and put 30 on a benched one.

He has nothing in his hand, so he sends up the damaged Chimchar and attaches to hit me for 20. I Catcher up his full HP Chimchar on the bench and I use Frost Spear again to KO everything on his field.

We both get pretty good starts, me getting 4 Deoxys out on the field T2 with a fully powered Kyurem on the bench and a Thundurus with a Prism in the active, and him getting a T2 Blastoise, with all the Pokémon he needed out on the field. His only problem was that he didn’t have any Energy, and by the time he got any he was too far behind in Prizes to come back.

He gets a good start, with a Keldeo active and a Squirtle on the bench, but over the next 5 or 6 turns I Catcher/KO any Squirtles he tries to bench, and he can’t get anything else set up at that point.

He gets a great start, and I get a mediocre one. I get myself into an OK position even after he takes 3 Prizes, but I Team Plasma Ball only to find my other two Kyurems are Prized. I try to stall out the game by attacking with my 3 Deoxys that were on the field, but he keeps hitting them for 100 with his Cobalion-EX.

Eventually I actually mount a comeback, and I N both of us down to 2, knowing he needs the Catcher to KO my Deoxys-EX and win the game, he actually gets the Catcher off the two, but he makes a huge move and scoops the game to me, since he already has his Worlds invite and knows I need the CP for Nationals.

I also competed in a small video game tournament right afterward and went 3-1 with my friend’s Rain team to take 2nd place.

Overall my 3 Battle Roads I was able to attend I went 13-0! (Though I should have gone 12-1.) I was really pleased with how things turned out, and it helped me decide on a deck for Nationals much easier. I have pretty much got it down to either playing TDK (changing the list I posted some obviously), Blastoise, or Gothitelle/Accelgor.

Thanks to a friend of mine I will for sure have all the cards I need (including Tropical Beach) so it is really down to me perfecting my lists and playtesting a whole bunch. Hopefully I can be prepared enough to go all the way.

Thanks to everyone for reading! 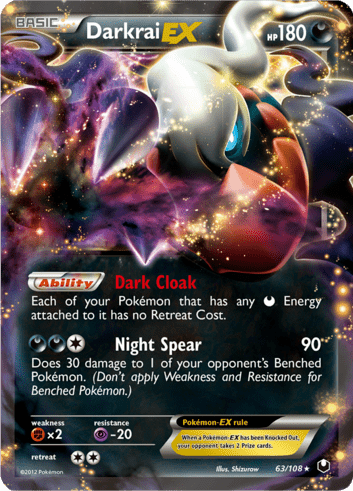