Today I’m here to talk about ZekEels. This deck had stopped seeing play during Boundaries Crossed in favor of RayEels or no Eels. The deck got a bit of hype during Plasma Storm with the release of Hypnotoxic Laser and Virbank City Gym which allowed Zekrom-EX to 1HKO other EXs. The deck saw some moderate success during this format but the deck never truly returned to the metagame.

Recently ZekEels has managed to win the Dutch National Championship. The winning list focused on the use of non-EX attackers Zekrom and Bouffalant to force the opponent to actually take all their Prizes one at a time while applying high amounts of pressure with attacks that hit for 120 + 30 damage from poison. This creates a favorable Prize trade for ZekEels which is what allowed it to do as well as it did.

Since the tournament ended I’ve started testing with the deck again.

When playing the deck I found myself leaving all the opponent’s attackers with 150 damage and having to 2HKO the opponent’s EXs anyway. This squanders the advantage generated by using non-EX attackers as I’d lose two Pokémon to take out an EX.

The two solutions I saw for this problem was to focus more on Zekrom-EX or find a Pokémon that could snipe multiple Pokémon at a time.

Using more Zekrom-EX would ruin the point of this deck and just leave me with a less consistent version of RayEels. This left me to find a Pokémon that could hit two Pokémon simultaneously for 30 damage or drop the deck. The first two Pokémon that come to mind when I think of 30 + 30 snipe are Landorus-EX and Kyurem PLS. The problem with these two cards is that I’d have to stretch my energy lines between three types of energy cards which would ruin my consistency.

When discussing this dilema with Crawdaunt I remembered an old forgotten card that did exactly what I wanted – the solution was Registeel-EX. Not only does Registeel-EX target three Pokémon at once it also does so with requiring any changes to your Energy lines. Registeel can attack on the second turn without even getting an Eel set up and can be powered up in a single turn with only one Eelektrik in play.

Using Registeel-EX in Eelektrik decks isn’t an entirely new idea. Back in BLW–DRX I saw decks focused on Registeel-EX using heavy counts of Max Potion to try to keep Registeel alive long enough to destroy the opponent’s field through Triple Laser. In this deck Registeel-EX plays a different role. Registeel-EX’s job is to deal the last (or first) 30 damage to the three Pokémon you intend to KO during the game.

Registeel-EX can be played at two different times to accomplish its goal. The first time is to use Triple Laser as soon as the opponent has three EXs in play and then pick them off with Zekrom and Bouffalant each turn. The second way is to deal 150 damage to each of the opponent’s Pokémon and finish them all in a turn with Triple Laser.

Using Triple Laser early applies a ton of pressure on the opponent as they now have 3 EXs that can be 1HKO’d and only get one Registeel-EX to take extra Prizes against. If the opponent tries to heal their benched Pokémon they’ll need at least 2 (Max/Gold) Potion to protect themselves. (If they only heal one, that Pokémon can be taken out by Zekrom-EX late game.)

Triple Laser used late game is most effective after dealing 150 damage to three EXs. This approach works well if you know your opponent doesn’t play Max Potion. Using Triple Laser late game against a deck like RayEels or Blastoise that doesn’t usually run Max Potion can allow you to take all 6 of your Prizes in a single turn. This protects you from N, but this strategy is easier to disrupt with a surprise Max Potion.

Posting a list for the deck seems a tad unnecessary as I’ve done very little in terms of innovation besides adding the one Registeel-EX, but I’ll still share one for good measure. Here is the list I’m currently testing for Steel-Feel-Eels:

This list is very similar to Anna Schipper’s list. The reason being is that the list is so tight I don’t see much room for changes to be made. I’ve increased the Supporter count and added Registeel-EX, but no other changes have been made. There isn’t much to be said about the deck other then the inclusion of Registeel-EX and how it affects the deck.

There are two major problems that Registeel-EX faces, the first of which is Max Potion. As stated before, if you start putting 150 damage on all of your opponent’s Pokémon, planning to take them all out at once, a pair of Max Potion will ruin your day completely. This can be avoided by using Triple Laser early in the game so the opponent has to invest multiple healing cards into foiling a single attack.

The second obstacle for Registeel-EX to overcome is Mr. Mime, which will force you to spend a turn Catchering and Bolt Striking it off the field. Mr. Mime isn’t as big of a deal as Max Potion but will require you to spend an extra turn KOing a non-EX without threatening their attackers.

This article ended up being more like a card of the day than a full deck analysis, but Registeel-EX is the only original idea I can bring to the table in terms of ZekEels discusion. I believe Registeel fits in perfectly with ZekEels’ strategy and I recommend every player playing this deck to try some games with Registeel to see how it works for them. 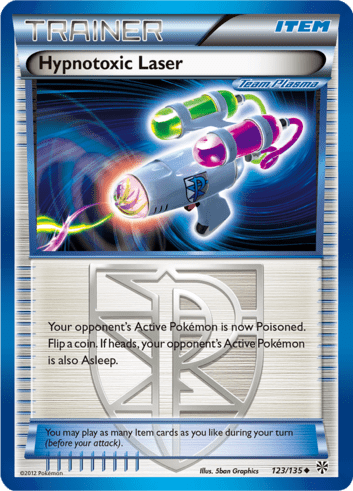