Hey 6P, its me Caleb again with a report on my first Nationals experience ever! The article may seem a bit late since I was on a 3 week camping trip on the East Coast, which was a lot of fun.

To start out I want to talk about how I chose my deck for Nationals. About 2 months prior I decided Plasma would be the best play for Nationals. I had what I thought was a good list, and I had tested a lot with it.

About 3 weeks prior I changed my mind. I had tested Gothitelle quite a bit recently, and I decided it was the perfect meta-counter, aside from Blastoise. I tested with the deck a bunch and it was the deck I brought to Nationals.

Then something happened. Most call it pre-Nationals jitters, but I call it my intuition. I decided that with my 2 byes I wanted a deck that could function best in best-of-three top cut, namely RayEels. Three days before the tournament I finalized my list and printed off my decklist, then tested like crazy. Here is my list:

Bye from Regionals. I sell off some cards I don’t need at the vendors and hang out with people I met at Regionals who had byes as well.

Beforehand, I want to point out that my premier rating this season has been exceptionally good. Obviously this doesn’t really matter, and the system probably shouldn’t even exist anymore, but that doesn’t matter, the point is that it was something, and I was currently sitting at fourth in the country, fifth in the world. I only bring this up because my opponent, Ben was FIRST in the world, and by extension the country.

Before the tournament I had jokingly told my friends that “As long as I don’t get paired up against Ben I will be fine!” but I suppose this is what I get for saying that.

Anyway, I go first and find out he is playing Blastoise. I get a great start with 2 Rayquaza, 2 Tynamo, and a Keldeo, but had to discard a Float Stone beforehand. I get ahead on Prizes and am down to only 2 with him at 3. We have both had slow games, so I haven’t needed to Rush In/retreat any turns to hit the Dragon Burst every single turn.

He has an active Keldeo-EX going into my turn, and I have 2 Eels and a Lightning in my hand for my benched Rayquaza. My active had just been Knocked Out leaving him at 1 Prize. I have 10 cards in my deck and 2 Float Stones. I can’t empty my deck any further and I play Juniper… and whiff the Float Stone. I have to hope he doesn’t have the win and play down my hand a bit before playing Tropical Beach for 2 cards, hitting the Float Stone.

He shows me the Superior Energy Retrieval, and we shake hands as I know he can Black Ballista me for the win.

I start lone Tynamo to his Sableye. He goes first, plays a Laser, Virbank City Gym, attaches and uses Confuse Ray for 10 damage and the knock out off of poison.

I know from now on if I lose I will be in danger of dropping out of Top 64, so I have to win this game.

Early on I get set up well, with 3 Lighting and a Fire on my Rayquaza EX turn 2, and he got Frost Spear turn 1 with a Water and a Colress Machine. He also has a benched Kyurem with an Exp. Share.

I know that he probably can use Blizzard Burn next turn if I don’t do something about the Exp. Share, so I Skyla, and instead of searching out a Level Ball for my 3rd Tynamo, I get my lone Tool Scrapper I had put in the night before, and get rid of the Exp. Share. He would have had the Blizzard Burn the next turn and this sets him back too far to recover. I take my last 5 Prizes off a Kyurem and 2 Deoxys-EX.

As far as I could tell his deck consisted of Lugia EX, Thundurus EX, and Kyurem PLF using Eelektrik instead of Deoxys-EX. I get a good start and take a big lead early on Knocking Out his only Pokémon with energy, a Lugia EX. He discovers that he has 2 Plasma Energy prized, and is very frustrated.

I get down to 1 Prize to his 5, and he Knocks Out my only Rayquaza. I draw my card… and I get a Juniper! I play it knowing all I need is a Rayquaza and a Fire Energy to secure my win, but I hit a Lightning, a Catcher, and 5 Supporters. I assess the situation for a minute or two before realizing the solution. I Dynamotor 3 times to my benched Eelektrik, Rush In/retreat to it, and Catcher/KO his benched Tynamo saying “Electric Ball, GG.”

At the beginning I start lone Keldeo, and he thinks it is the mirror match, so he gets out a Black Kyurem EX, which ended up being crucial. The game goes pretty quick, I get a turn 4 KO on his Keldeo-EX with the most Energy, a Turn 5 KO on his other Keldeo, and even though he tries to shut down my Eels, I only need 1 Eel, a Lightning Energy, and a Catcher to win the game and I get it off a Colress for 10.

This ended Day 1 and I was super happy to have gotten such a good record after a bad start.

All I know about my opponent’s deck is that he runs 4 Absol, and at least 1 Deoxys to hit 130 damage with Absol on opponents’ Gothitelles (he told me this himself). I Knock Out 2 Absol early on, but I am behind on Prizes. He searches his deck for a 3rd Absol and discovers that 2 are prized. With his Absols unavailable, I am able to take the lead on Prizes and win the game just before time is called.

Great! I am on to the Top 64 of my first Nationals ever! I am confident about my chances in top cut, since I know my deck usually performs much better in a best-of-three environment.

I get a fast start, but he does too. I get a big advantage after I wipe out all his Energy by Knocking Out his 2 powered up Kyurems. He doesn’t recover and I take a clean Game 1.

I have a Supporter drought early on and he powers up a fast Lugia EX and starts Knocking Out eels taking 2 Prizes at a time. He has 2 Prizes left when I Knock Out his Lugia EX, but he gets a Colress for 9 and gets the Catcher, Energy, Laser, and Virbank to Knock Out my benched Keldeo-EX.

We both get fast starts and he goes with the same strategy of Knocking Out things with Lugia to take 5 Prizes to my 2. I have 2 Eelektrik on the bench, I attach to my Rayquaza, and play N, putting me at 4 cards, and him at 1. I Knock Out his Lugia with Rayquaza, and I have both a Catcher, and an Energy in my hand, guaranteeing me the win next turn assuming he doesn’t get and Energy, a Colress Machine, a Hypnotoxic Laser, a Virbank City Gym, a Pokémon Catcher, and a Scramble Switch.

He draws the top card of his deck… and it is a Colress. For 10. Needless to say he got all 6 cards out of his 12 card deck and wins.

Overall the rankings put me at 40th place once the event was well and done. Do I think I should have won Top 64? No. Jonathan built his deck very well, and powered his way to a Top 16 placing, which is extremely good.

Do I think I only lost Game 3 because of bad luck? Yes, but that is a big part of the game. Before the N in the last game, we were both equally likely to win in my opinion. I still had a ton of fun, and I wasn’t disappointed with 40th place after all.

I won’t go into too much depth, but I will do a short recap of how I did on Sunday. After I found out that the first 3 rounds would not be best-of-three, I decide to play Plasma, a decision I do not regret at all. I get an easy win in Top 128, make a great comeback vs. Blastoise in Top 64 using Frozen City, Life Dew and Absol, and I almost make an equally great comeback in Top 32, but I misplay very badly and lose the game, and in turn my Worlds invitation.

So closing out the season I end up with 354 CP, less than 50 away from an invitation. I mostly blame my lack of an invite on my poor Cities performance, but it is far too late to change that. I have got to start preparing for my debut season in the Masters Division. I honestly have no idea whether my moderate success will continue, or if I will end up losing half my games I play, but either way I had a great year and the next one will be just as great!

See you next season, 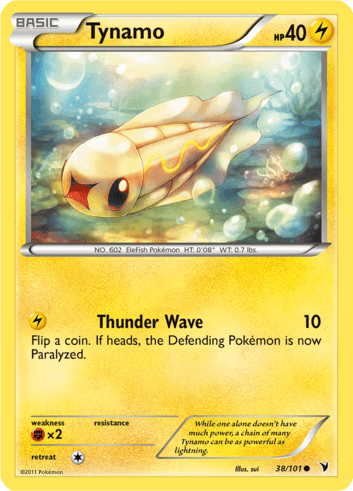