Hey SixPrizes! My name is Spencer Trippi. I am a longtime fan of Pokémon, and the BLW-on format has been my first competitive Pokémon TCG season. I have spent this season grasping the concept of the game and improving my skills to a point where I feel comfortable presenting my ideas to the entire Pokémon TCG community. Today I’m focusing on Genesect/Virizion and how to build the deck to its fullest potential.

Genesect EX is a Basic, Grass type, Plasma Pokémon. Genesect EX has 170 HP and has an Ability called Red Signal which activates when you attach a Plasma Energy from your hand to Genesect EX. This allows you the option to switch a Pokémon on your opponent’s Bench with his or her Active Pokémon.

Once you bring up the Pokémon of your choosing at the cost of GGC you can use Genesect EX’s attack Megalo Cannon for 100 damage and 20 to a Benched Pokémon.

Virizion-EX is very similar to Genesect EX in many ways; it is a Basic Grass type EX with one attack and an Ability. Its attack Emerald Slash, for GC, deals 50 damage and allows you to search your deck for two G Energy and attach them to one of your Benched Pokémon.

Aside from being a great way to accelerate Energy, Virizion-EX comes packed with a great Ability: Verdant Wind. The Ability stops any of your Pokémon with G Energy attached to them from being affected by Special Conditions, and removes any current conditions upon attachment of G Energy.

These two powerful moves and Abilities make playing these two cards together a no brainer! However, the big difference between these two cards is that fact that while Genesect EX is Plasma, Virizion-EX is not. This can be a crucial factor depending on your deck’s build and ACE SPEC choice. First, let’s go over both most plausible ACE SPEC choices for a Genesect/Virizion deck!

The first ACE SPEC choice for Genesect/Virizion is the one most players instantly overlook for it doesn’t increase Genesect EX’s attack power, but that doesn’t mean it should be overlooked as I fear it will.

This card allows you to deal 100 damage to one of your opponent’s benched Pokémon, without applying Weakness or Resistance. G Scope, while not as flashy as hitting for whopping 200 damage, can be a safer and just as effective play.

Playing G Scope can actually add extra space to your deck. How is this you ask? Well, if you no longer need to continuously attach Energy to Genesect, as G Booster requires, you can lower the Energy count in your deck for you will only lose Energy when a Pokémon is Knocked Out or retreats.

This allows you to play more Items and Supporters that allow you to get a faster set up, and while you won’t be hitting for 200 you will be dealing high damage quickly and much more flexibly! You can use Red Signal to Catcher-stall, and then begin attacking what’s important on the bench where it can’t fight back. Just imagine, with Jirachi-EX in the format you could potentially Catcher-stall for disruption and take 2 Prizes in one shot!

This seems to be the ACE SPEC that will make many players switch to Genesect/Virizion, and I can’t blame them! Hitting for 200 and only discarding two Energy is very enticing to say the least, especially due to G Booster’s secondary effect (damage output not being affected by effects of the Defending Pokémon). As long as you’re not facing a deck that runs more than one Umbreon PLF, you can 1HKO any EX in the format.

Sounds like a solid strategy; just use Red Signal to always hit an EX three turns in a row for the win, right? Wrong! Unless you are prepared to retreat into Virizion-EX following each G Booster, only one Genesect/Virizion build will allow you a plausible way to use G Booster three times in a row without retreating. With that being said, let’s take a look at the builds!

Ok, so here is the best list I could devise for a Hypnotoxic Laser and Virbank City Gym centered Genesect/Virizion deck.

To be honest, this is my least favorite variation of Genesect/Virizion, however I’ve heard numerous people talk about this type, so I thought I’d give my take on it. The deck will optimally hit with Virizion-EX first turn via Plasma Badge + Colress Machine + a Grass attachment for 80 with the help of Laser/Bank.

If the Defending Pokémon has more than 100 HP remaining upon the second turn you would promote Genesect EX and try to attack a new target for 100, putting the damaged Bench Pokémon up to 100 damage using Megalo Cannon’s 20 snipe. This strategy, while inconsistent, can disrupt your opponent via Red Signal and ensure two quick 2HKOs, as long as your opponent doesn’t play any healing cards.

I feel the deck is very inconsistent because there is so much to set up. After retrieving Laser and Virbank, you will have trouble collecting all the necessities to accelerate Energy early game. If you remove the Plasma Badge and Colress Machine you can increase consistency of drawing your Laser/Bank, but then require two turns to set up Virizion-EX.

I feel the Laser/Bank version is too complex to work if you try to incorporate any Energy acceleration besides Virizion-EX, which alone is too slow. In addition, Hypnotoxic Laser (Virbank or not) has a low rate of causing any damage in the mirror due to Verdant Wind, and also against Darkrai/Hydreigon which now techs Virizion-EX to take advantage of its Blend Energies.

All right, I’ll admit this one’s a little crazy, but also fun! This deck revolves around getting a turn one Genesect EX by using all your possible attachments. Basically you start Genesect EX and hopefully have a Virizion-EX for Verdant Wind and Lunatone for Premonition. This way you can Premonition to hopefully Ether a G Energy to Genesect EX, Colress Machine a Plasma Energy, and manually attach any of the remaining 15 Energy to complete your attack cost.

Then hopefully either using Skyla or draw support you can grab a G Booster, so even if your opponent thinks they’re safe with a single Pokémon-EX active, you’ve got the donk!

This list, while not a standard Plasma Badge/Colress Machine variant, has all the basic components plus a few techs I threw in. The main purpose of this list is to consistently set up a Virizion-EX with a Plasma Badge and Emerald Slash turn one. This allows for a turn two Megalo Cannon, however even if you open with Genesect EX, the Roserade chain can be used to build Genesect EX to the max potential on turn two.

If you whiff on either the Energy or G Booster, Roserade can grab any of the many cards to either play Energy, or your G Booster to hit for 200 turn two! While I find the Roserade chain has been fairly easy to consistently set up turn two, that’s not to say it isn’t incredibly useful later in the game. I have at times held Roserade in hand till mid game in order to make crucial plays.

For example, in tough scenarios where I do not start Virizion-EX and am forced to build straight to Genesect EX, later if Genesect EX is Knocked Out, I can use Roserade to either power up a second Genesect EX, or if I have already done so, search for Shadow Triad to retrieve my G Booster.

When I presented my list to my friends, they instantly pointed out both the Roserade chain and these two cards. These cards I feel will separate my list and the staple version, for many people argue they know better ways to use the extra space. While I can see many other great options, I feel these cards compliment the basic strategy of the deck the best.

It’s no doubt that you need a great starting hand to get a good head start with this deck, and running four of every card necessary has helped me consistently pull off the turn one Emerald Slash. However, that is because I have a way to search for every component of what is needed, including basic Energy! That’s right, even if I pull everything I need it all comes down to whether I can attach a G Energy, which I can now theoretically Skyla for via Energy Search.

As for Super Rod, in more drawn out games I may go through a majority of my Energy using Emerald Slash on a Genesect for G Booster if it gets Knocked Out I could be left with virtually no G Energy. That’s where Super Rod shines; it can complement the discard of 2 Energy by shuffling 3 back in.

It obviously can also shuffle Pokémon back in as well, however with such high counts of my attackers the only Pokémon I ever Super Rod for are Roselia and Roserade.

Bouffalant has in my mind always been a great card, and in Genesect/Virizion that is no exception! Many people have suggested playing Bouffalant for the mirror, however while that is a solid strategy I prefer simply attempting to build up first and try to stay one step ahead of the Prize trade.

In my opinion Bouffalant is the best counter to the biggest threat to Genesect EX at the moment, that being Victini-EX. With a Victory Piece attached, a Pokémon able to 1HKO both of your EXs for literally no Energy is disastrous!

While you may need to give up an initial 2 Prizes using Virizion to accelerate Energy, once Bouffalant is up, it will take at least three Intensifying Burns for Victini to KO Bouffalant, assuming your opponent doesn’t play Iris. And once 3 Energy have been attached to Bouffalant you can easily 1HKO any Victini-EX your opponent plays, and then can re-establish your basic strategy for the win.

This is a flexible deck with a lot of powerful options. It seems inevitable that it will see play and I am very excited to see other people’s takes on the deck. Looking toward the future of this format, I see Virizion-EX as the more playable of the two EXs in the deck, being used for Verdant Wind (as Darkrai/Hydreigon is using it for). We’ll have to wait and see; the deck could be countered fairly quickly with the next set or could continue to gain cards that increase its power (as we saw with Blastoise/Keldeo and Superior Energy Retrieval).

Feel free to comment with your ideas on how you think my lists could be improved, or any other completely different ideas you may have! My goal of writing is to be informative and become a better player by being informed myself. Thank you so much for reading – I hope I was able to give you better insight on how this very awaited deck works! 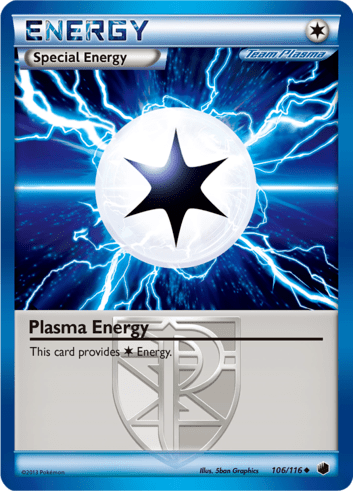