Hey guys and girls, I know it’s been forever since I have written an article, but the SixPrizes staff does a really good job of covering all the bases. But there is one thing I’ve seen lacking, and that is coverage on the fun side of the game.

I recently joined a team based in Seattle called Team Duck(lett) Dynasty that, while wanting to be competitive, has a penchant for trying to have the most fun while playing Pokémon. (One of our members, James Good, got to top 4-of Worlds this year.)

I love the competitive side of Pokémon and will pour hundreds to thousands of hours into competitive play this season, but if I’m not having a good time then I feel I’m doing it all wrong. I want to do well, but I don’t want to be, as my teammate Jon McClay says, “brainwashed by the theme song” being the very best that no one ever was.

One of the main components of this game is it penchant for fun decks. While some of these may be competitive, I think the main goal is to just have more fun than anyone else in the room. Last year we had Pooka’s flips featuring “Doom Decree” Gothitelle, Flareon PLF/Cofagrigus PLF, and Weavile PLF/Exeggcute PLF. While these decks were fun, at some times they resembled competitive decks that could go toe to toe with the big boys of the format. For one, I know that a great player in Grafton Roll ran Flareon/Cofagrigus at Nationals to a winning record and may have top cut barring a few bad breaks.

Pokémon makes around 100 cards for each set and sometimes it pays to experiment with more than the cards that were made full arts and secret rares. Playing with fun decks is a good way to expand your imagination and innovative capabilities. It teaches you deck building and gives you a better understanding of different strategies. Pokémon wants you to be innovative and a little silly (have you seen Slaking DRX or Slowbro DEX?), so why not step up to the challenge?

All this introduction is say that I want to share some of the decks I’ve been playing since the newest set has come out. Some of these are rehashes of older decks while others are new and utilize Plamsa Blast.

This deck pretty much wins against any Stage 2 set up deck and against Plasma with Silver Mirror on your Zebstrika. The hardest matchup is going to be Genesect/Virizion not because of Genesect EX, but because Virizion EX can hit a straight 50 every turn and has free retreat with Skyarrow Bridge in play. One way to counter this is by using Potions to heal off the damage and keep the active one alive longer while you set up more on the bench.

Overall, this is a straightforward deck that just seeks to lock your opponent out of the game. Rock Guard is the choice ACE SPEC as it increases the damage output of the deck (which is fairly low with Disconnect doing a whopping 40 damage).

One cool thing about this deck is the inclusion of Mew EX and the Blend Energies. While you are using Zebstrika to attack most of the game you can build up Mew EX to do a great deal of damage at the end of the game. I’ve been able to use Mew’s Versatile Ability to copy Landorus EX’s Land Judgement to win one game and Kyurem PLF’s Frost Spear to win another.

I’m not going to lie – one of the main reasons I love this deck so much is that I get to use Jirachi EX, Iris, and Mew EX all in one deck.

This deck is a little less viable than Zebras, but can still pack a wallop against your opponent. Your ideal opener is either Tornadus EX PLF so that you can shuffle and draw with Windfall or Thundurus EX so that you can get Energy in your discard and attach it to the Pokémon on your bench. I’ve cut down on the Supporters because Windfall is such a powerful opening attack.

I only have one Level Ball and a thin Porygon-Z line because it is use more for support (shifting around Plasma Energy) than as a main attacker in this deck. Porygon-Z’s Ability is good, but is not nearly as powerful as the Shift Gear Klinklang from BLW or the Hydreigon from DRX as it can only move Plasma Energy instead of all the Metal Energy. This means that you will need Thundurus EX or you will run out of Energy.

Snorlax and Lugia are your main attackers. Lugia EX can take down anything weakened by Thundurus EX and Snorlax is good as a sweeper. One thing to note is that this is the deck that is most hurt by Enhanced Hammer with all of your Energy being of the Special variety.

I’ve got one more deck for you guys, but I can’t take much of the credit for working on it. My brother, Patrick Orgel, worked on the bulk of it and I will let him go over it.

Hey I’m Patrick Orgel, also known as blackpenguin on HeyTrainer, and I can attest to the problem of trying to run rogue decks because I like them rather than consistent metagame calls. But let’s take a look at a couple of decks I’ve been messing with, and what might come of some of the other creative ideas from the new cards in Plasma Blast.

Cradily PLB is really amazing in that its first attack is really powerful, reminding me of Garchomp LV.X that had restore, in having the ability to pull Stage 2 Pokémon out of the discard without having to evolve them. This card has been talked about, but it seems that nothing has really come from discussion so I thought I’d bring about some of the pros and cons of the card and what decks can be built around it.

Let’s first talk about the cons. Most people (me included) tend to dismiss ideas when they are being talked about because of their downside (for example Audino and Mr. Mime in the idea that you’ll lose because of starting with them). Cradily has two of these major cons: the fact that it’s a Restored Pokémon and that it will take at least three turns to see the fruits of Cradily’s work.

I built a Cradily deck and played a bunch of test hands trying to find ways to get Cradily out and energized. I ended up with playing heavy Ultra Ball and Skyla lines as well as Juniper to try to utilize Lileep’s Ability and forego the need to play things like Twist Mountain. What I came up with worked only about 2 out of 3 times and if your opponent started first it became harder to put enough Energy on the Cradily for your second turn to be productive.

I ended up running a really wacky deck having only one Basic (something I don’t think I’d ever do in a real tournament built deck), Victini-EX. From there I would Turbo Energize the Lileep so that I could use Lifesplosion to pull out two or three Stage 2 Pokémon out of the deck the subsequent turn.

The whole thing wasn’t the ugliest deck I’ve ever built, but it was pretty dang close. Yet as I started playing against my brother and metagame decks I noticed how harsh this format is to set up decks. I would be lucky if my Victini survived and luckier if Cradily could survive past turn 2.

On to pros: the possible Stage 2s are almost limitless and you have a good bit of space to utilize creative ideas. With how dominating Basics are in this format there is a whole slew of Stage 2 Pokémon that have been pushed aside to now consider with Cradily, so let’s talk about what decks I’ve tried and think can be made.

The first thing I tried was a tanking deck with Togekiss PLF, Reuniclus DRX, and Serperior DRX. Allowing Togekiss to tank with Asperita City Gym out and a Silver Mirror or Giant Cape and then moving the damage off to heal it with Serperior (which may be inferior to the newly released Champions Festival) and it seems to have a decent matchup against Plasma and Darkrai EX but is hurt by Genesect EX and its Ability. The major issue I had with the deck and this became persistent is that once a Stage 2 dies you can’t get another one on the field without breaking the lock and wasting a turn with Cradily.

Because of this I began to contemplate using Stage 2s that were decent support Pokémon and decided to go with Chandelure from Plasma Freeze. I paired it with Gallade PLS and was surprised by how powerful it became if everything worked (hitting for 120 turn 3 and 180 turn 4), yet was very fragile.

As always, I’d love to hear back from you guys and feel free to hit me up on HeyTrainer or over Facebook.

Thanks Pat. Sorry for such a long article, and if you’ve read this far I’m really impressed. I hope that you have success this season, but don’t forget that this is a children’s card game and that your first aim should be to have fun. Thanks for reading. 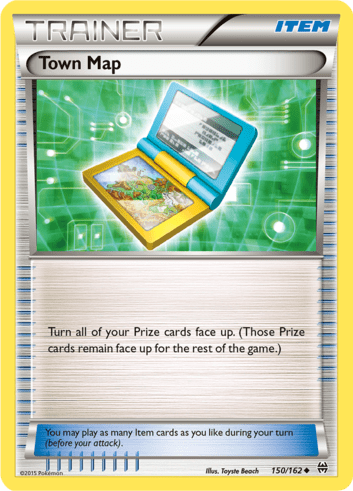