Virizion/Genesect has gone through quite the roller coaster in terms of hype. When the scans of Megalo Cannon were first revealed the deck received a bit of hype, but was written off as having too many problems to make it as a tier one deck. The deck did well in Japan, but after what happened with Garchomp last year and the already negative opinions of the deck no one was calling Virizion/Genesect to be the next BDIF.

Early testing within my group showed Virizion/Genesect to be a mediocre deck. It couldn’t use a strong attack until turn three, it was too reliant on an ACE SPEC, and Verdant Wind didn’t matter as the opposition played Silver Bangle instead of Hypnotoxic Laser.

So what has changed since then? We’ve seen Henry Prior pilot Virizion/Genesect to a top four finish at the Klaczynski Open with a heavy 4-2/2 Drifblim line in order to deal with Plasma, giving players a better idea of how to build the deck.

While testing Plasma against decks like Darkrai/Garbodor, Silver Bangle was found to be grossly inferior to the Laserbank combo of last format, resulting in a shift back to Laserbank in my area. With the Plasma matchup being made favorable by Drifblim, Blastoise already being a good matchup, and Darkrai/Garbodor being fairly even, Virizion/Genesect has been looking like a much stronger deck then I had given it credit.

Over the last couple weeks Virizion/Genesect has become my top play for the format. I think the most important factor that lead to this is how little the deck asks you to draw for it. On the first turn your goal is to get a Virizion-EX into play and attach an Energy onto it. Failing that, attaching a G Energy onto Genesect will also set you up nicely for a potential turn 2 Megalo Cannon. If there was ever a deck that could live off a Skyla per turn this would probably be it.

I’ll start off with the skeleton list for the deck:

Usually when I write up a deck skeleton I end up with a 55 card list and 5 cards I need to fit in. Virizion/Genesect only needed 50 cards for a satisfactory skeleton. This means there will be more room for techs. For now let’s look at the main cards of the deck:

Getting a Virizion into play and keeping it in play is vital for this deck. On the first turn you want a Virizion with an attachment otherwise you’re in for a rough game. The deck never wants to be without a Virizion-EX against an opponent with Laserbank.

You shouldn’t need to actually use three Virizion in a game, but it’s worth playing more copies to start with it more often, draw into it on the first turn, and avoid prizing all your copies.

Genesect is the main attacker of the deck, as well as an additional source of Pokémon Catcher.

Juniper and N are no-brainers for most decks. Skyla is maxed out for two reasons: the first is that you need to be able to get G Booster when you need it, and the second is that you don’t need a lot of cards on most turns, so being guaranteed the one you want is good for consistency.

You didn’t think we’d stick with twelve Supporter cards did you? Colress is the next best Supporter on top of what we currently have, even if this deck often doesn’t fill the bench.

This card can retrieve G Booster after it’s been discarded, which makes it a worthwhile inclusion to the deck. It can also get back cards like Plasma Energy in a pinch.

Like Plasma, attack based acceleration still leaves something to be desired. If you can’t get an attachment onto Virizion turn 1 you can attach a Grass onto Genesect and still threaten the turn 2 Megalo Cannon. The card also helps when you’re trying to stream G Boosters.

With Red Signal we can save a bit of space on our Catcher count. We also have Skyla to grab them whenever we need, so drawing into them isn’t a big deal.

Ultra Ball is our only (good) option for searching Virizion-EX, so we must play it over other search cards. It also helps thin your deck of tech cards that don’t help with every matchup.

I originally used Float Stone as my lone switch mechanic. When you don’t need to worry about Status Conditions and if they have a Garbodor in play you just need Tool Scrapper to reinstate Verdant Wind and allow yourself to retreat.

After several games of testing against decks running Laserbank I’ve moved over to Switch. There are too many times where Garbodor cancels Verdant Wind and get the Laser flips, or you start with Genesect and it gets Laser’d while you’re attaching to Virizion.

Finally, if you need to put a Float Stone on a Genesect it can no longer threaten a G Booster (barring a Scrapper play).

This card is a necessity in the current format if your deck cares about using Abilities. Darkrai/Garbodor is everywhere and other decks use Tools as well, so the card isn’t dead in other matchups.

Your ACE SPEC of choice grants the attack G Booster. This allows Genesect to 1HKO anything it wants and gives no Raichus about the opponents’ attempts to protect their Pokémon.

This deck needs a lot of G Energy so that you can use Emerald Slash effectively and still have Energy in deck for future attachments. Plasma Energy triggers Red Signal and is a free attachment from Colress Machine, so maxing out on it is a given.

Looking at what we have to work with in the skeleton of the deck, I would expect the deck to be slightly favorable against Blastoise, slightly unfavourable against Darkrai/Garbodor, and unfavourable against Plasma. With this in mind, our techs should be focused on beating Plasma and Darkrai. Below are the cards I would chose from to fill the remaining spots in the deck.

You have Energy Acceleration and run Colress Machine, so Lugia is a natural fit in the deck. Emerald Slash’s 50 damage sets up Plasma Gale perfectly against 170 HP EXs. Lugia is also a good attacker to deal with decks running non-EX and/or Fire attackers such as Flareon PLF.

What do you do when your Plasma matchup isn’t great? You run Drifblim. Drifblim DRX deals 50 damage per Special Energy in the opponent’s discard pile. This means once one of Plasma’s Pokémon has gone down and takes its Energy with it Drifblim will be able to tear apart the rest of their Pokémon.

Drifblim PLB deals 70 damage and discards a Special Energy attached to the defending Pokémon. Drifblim PLB also has an Ability that allows it to attack for free if the opponent has at least three Plasma Pokémon in play. The two go hand in hand.

Any deck running 4-2/2 Drifblim with a couple Enhanced Hammer is going to have an easy time dealing with Plasma, however that’s 10 cards to dedicate to one matchup which won’t help against much else.

Another card to help deal with Plasma, Enhanced Hammer slows down Plasma while setting up Drifblim DRX’s attack. It also comes in handy against things like Flareon.

This deck often runs low on Energy in the late game, so being able to replenish your supply is appreciated. I’ve been playing without it and haven’t needed it most of the time, but it does give you some breathing room and helps when you get stuck with a Juniper and a bunch of G Energy.

With Energy Search in deck Skyla becomes an out to a G Energy. This makes whiffing your optimal first turn even harder to do. Using this card will take up a space, however, without actually increasing the amount of G Energy you have at your disposal. You also run the risk of having this card prized when you try to Skyla for it.

If I had a nickel for every time I had to Skyla for an Ultra Ball in order to get a Genesect or Lugia, and had a tough choice of cards to discard, I’d add a couple dollars to my massive sack of loose change. In all seriousness, I’d probably never play this over the fourth Ultra Ball, but I often wish I had one in deck.

The downside of using this card is that you are relying on the opponent to put Virbank in play and your own Stadiums can conflict with it.

Unfortunately Max Potion doesn’t work well in this deck, so regular Potion is our best option for healing. Against Darkrai/Garbodor healing 30 damage can delay them from taking a KO for another turn, and force them to actually attack an EX twice to take it out.

Since this deck doesn’t attack on the first turn and needs to get the turn 2 Emerald Slash it can make use of Beach on the first turn to build up your hand for the second. Beach also gives you an out to N late game.

In my testing against Darkrai/Garbodor I’ve found that I always take the early lead and games are decided on whether or not I can survive the late game N.

Skyarrow Bridge grants free retreat to both Genesect and Virizion and everything else you may run will have a Retreat Cost of one while Bridge is in effect. Running this Stadium allows you run less Switch cards as well; a 2-2 split between Switch and Skyarrow Bridge works well.

The two main Pokémon in this deck are both Weak to Fire. This means Fire types like Victini-EX and Flareon PLF have an easy time 1HKOing Virizion-EX and Genesect EX. Since the deck runs Plasma Energy these threats can be combatted with Plasma Frigate. Without the shared Fire Weakness this deck isn’t afraid of any Fire attackers in the format.

The problem with this card is that it can be played around with either Enhanced Hammer or a counter Stadium.

The most important part of building this deck is balancing your techs for the rest of the metagame. Drifblim and Enhanced Hammer will do a number on Plasma and decks like Flareon, but are completely dead against Darkrai and Blastoise. Hypnotoxic Laser is great against Garbodor, but isn’t very useful against decks that don’t put Virbank into play. Lugia shines against the mirror, non-EX attackers, and 170 HP EXs, but isn’t very useful against Darkrai.

I’ve found a good balance between preparing for Plasma and Darkrai/Garbodor. Against Plasma I have a 2-2 Drifblim DRX line supported by two Enhanced Hammer. Against Darkrai I have two Tool Scrapper to get rid of Dark Claw, cure Poison, and put Red Signal online.

In addition to that my methods of switching and retreating are tailored for handling Darkrai/Garbodor; Switch gets around bad Sleep flips and Skyarrow gets rid of Virbank while providing free retreat for Virizion and Genesect.

I wouldn’t call Virizion/Genesect the BDIF, which works in the deck’s favor. Darkrai/Garbodor is a huge threat every deck has to deal with and Plasma is still going to be the most played deck at Regionals, so players need to be prepared to face those decks if they wish to do well. This means that Virizion/Genesect is poised to leave its mark at Fall Regionals. 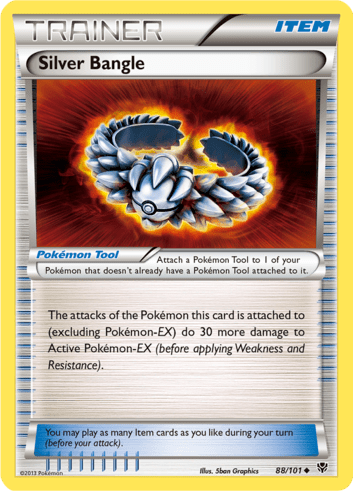