Instead of doing a full writeup of my Regionals and League Challenge experiences this past weekend I’ve decided to make a video report instead. I’ve still included a small article just in case you wanted to skip my video. This is my first time doing a video report; try and count how many times I say “um.” (Sorry about that.) I made this video at 4 in the morning and tried to get everything I remembered out.

At first I had no idea what I was going to play for Regionals. I tested a lot of decks and I didn’t like most of them except Virizion/Genesect just because it was a Grass deck. The week before the tournament I heard that Virizion/Mewtwo did well at Arizona Regionals. I went on a search and found two different versions of it.

I liked Brandon Jones’ version of the deck because it had answers to a lot of things. Here is Brandon’s decklist:

I really liked this decklist because it reminded me of my Landorus/Bouffalant deck I played back during Atlanta Regionals. I edited the deck to my liking and ended up playing this list:

I playtested this deck online some, but most of the games were against Darkrai which to me seemed like it was going to be the most popular deck at Regionals. I won all my matches against Darkrai and convinced myself to play it at the League Challenge in Houston if we made it on time.

On Friday morning we left around 6 AM from Memphis and arrived at Houston around 4 PM just in time for the League Challenge. I convinced my friend Justin Aaron to play the same deck as me just to see how we would do with this new deck.

Overall I got 6th place and my friend Justin got 4th. His only loss was to Blastoise which I didn’t think would see a lot of play at Regionals. We were too tired to change decks and liked this deck too much to change it. We played the same exact list going into Saturday and we also got another friend, Dustin Parker, to play it too.

I finished 10-3-1, second seed by the end of the Top 32 and moved onto the Top 8. Bad news was that Justin had to play against 2 Blastoise decks which hurt him badly. He ended up in 23rd place overall which was still really good. On another note after getting the standings for Top 8 I knew I would be playing the Plasma deck I lost to in Round 13 and I knew I was in trouble.

Even though I lost in Top 8 I was really excited that I did well in this tournament. This was my first large tournament that I top cut in. I had lots of fun meeting new people and playing Pokémon all weekend. On another note Justin and I represented our team really well.

I would like to give a shout out to John Collier for driving back and forth from Memphis to Houston. Even though he didn’t conform to Virizion/Mewtwo, he did well with his straight Darkrai deck and even placed 70th-something which is really good still. 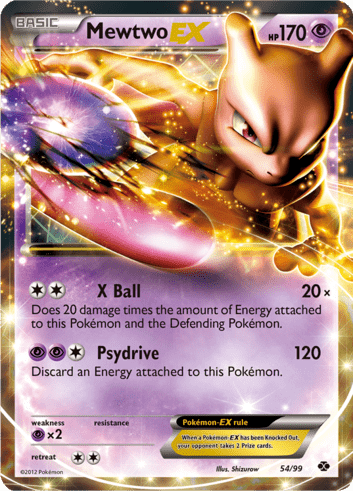