Hello, My name is James H. I am a Seniors Division player from California. I recently hit Top 8 in my first ever tournament, Arizona Regionals!

Going into the tournament I had two decks to choose from: Darkrai/Garbodor or Plasma. I had the most experience with Plasma because I have been playing that deck since the Plasma Freeze expansion set was released in April 2013, but everybody at my league told me to play Darkrai/Garbodor.

Here’s the list I ended up playing for Arizona Regionals:

I needed a counter to Enhanced Hammer, so I ran some basic Energy.

I didn’t have the space, but I would have liked to run one or two.

I wanted to get as much damage in play as possible, so I ran both Hypnotoxic Laser and Silver Bangle.

I always drew Pokémon Catcher when I needed it. Three worked for me.

Garbodor DRX was a threat to my deck because it shuts off Deoxys-EX’s Power Connect. Silver Mirror can also be a pain. Scrapper combats both of those cards.

I felt that I needed some surprise in my deck and to counter Sableye a little.

Round 1 vs. Patrick with Virizion/Genesect

I draw my opening seven and see no Supporter. We roll a dice and I go first and I topdeck an N. I feel a sigh of relief, I attach an Energy to my Kyurem, and N. I keep putting pressure on and my opponent who keeps drawing/passing.

He then Knocks Out a Kyurem with Emerald Slash. He grabs his Prize and puts me in a tough position. I could N him to 5 and draw 4 myself, or I could Colress for 3. I N him. It was the biggest mistake I made in that game. He then picks up speed and I scoop because I realize I don’t have a chance.

The second game I go first and I’m up 2 Prizes from Lasering his Genesect and using Frost Spear. He gets some knockouts. It is a close game, but he ends up winning.

I am pretty mad at myself because I used N when I should have used Colress. The second round pairings go up, so I go to my table and get set up.

Round 2 vs. Eddie with Some Deck

We flipped over our Basics and I found out I wasn’t exactly playing against a Tier 1 deck. I have nothing much to say about these games, just that in Game 1 or 2 I forgot to take a Prize on one of his Pokémon. For the turn afterward, I used Professor Juniper and then remembered I forgot to take a Prize. I raised my hand to call a judge. The judge had me take the Prize and discard it. Still, I was able to win both games.

Round 3 vs. ??? with Straight Darkrai

I won Game 1 and 2, but in Game 1 I forgot to take a Prize on a Pokémon again. It took about 10-15 minutes to resolve the issue. I took the Prize, showed it to my opponent, shuffled it into my deck, and he got to take a Prize too. I still won that game.

Lunch break. I loved my 12 dollar pizza and soft drink, not to mention my fat 3 dollar cookie.

We start off. He wins Game 1. I am pretty scared because I know if I lose I am out of top cut, but I make a comeback and win the second game.

I am confident going into the third game. I draw my seven and have no Supporter; just a lone Keldeo-EX and a bunch of Energy. But as it turns out my opponent doesn’t have a Supporter either! So I keep attaching and passing until I can Secret Sword for some KOs.

I get a Supporter a couple turns later and win Game 3! My hopes for top cut are still alive.

Round 5 vs. Ryan with Straight Darkrai

We set up and I am pretty confident about this round. The game progresses and I have 1 Prize left after sweeping Ryan’s field of Sableye and Darkrai. At one point, Ryan forgets to do 30 damage with Night Spear. We both figure this out after a couple turns and decide to call a judge. The judges talk to each other and decide it should be a Prize penalty. I have only 1 Prize left, so I win the first game.

Then Ryan comes back and wins the second game. Ryan asks me if I want to intentionally draw and I agree. Now I have to win my next match to make top cut.

In the first game my opponent uses Colress for two, drawing a Professor Juniper. I am in shock as to how lucky he is, but I was pretty lucky throughout the day too. I end up winning the first game.

In Game 2, I mulligan and my opponent draws the card for the mulligan before setting up his Prizes. I raise my hand to call a judge. He ends up getting a warning and the game goes on. He Colresses for two again and he gets no Supporter this time, thankfully.

He draws/passes for a couple of turns then he starts shuffling his deck. I tell him you can’t shuffle your deck unless a card says so. I raise my hand again and the judge gives him a Prize penalty.

I end up winning and thinking I will make top cut. I wait for about 30 minutes and the results are finally posted. I am number 8 on the sheet and I am excited for Sunday’s match!

When I arrive on Sunday one of the judges tells me there is a problem with my deck. I get to the table where the judge has my deck. He tells me that my Energy Search can be seen through the sleeve. I am bummed because it is my reverse holo Crystal Guardians Energy Search. I have to replace the card. I don’t have another in my binder, so I have to buy it from one of the vendors.

With that, my deck is fixed and I am ready for my Top 8 match.

Top 8 vs. Calvin Connor with Blastoise

Calvin goes first, gets Squirtles out and puts down Tropical Beach. I pick it up and look at it because it is awesome and he uses Beach. I draw, attach, and Colress for two and say “And I end my turn. Oh wait! Can I use Beach?” Calvin says, “No.”

I forgot to use Beach! Then he gets turn two Blastoise and Beaches again. He gets going the next turn and wins that game. It might of went the other way if I remembered to use Beach.

I Knock Out Calvin’s Keldeo-EX and Squirtles with Deoxys-EX and get down to 2 Prizes. He N’s me. I get a Professor Juniper off that and KO a Squirtle. I am now down to 1 Prize left. Calvin N’s me again. He gets a six Energy Keldeo and Catchers my Deoxys with Energy and KOs it. I don’t have anything after that and end up losing.

I was happy with my results and had a great first tournament. I hope to qualify for Worlds in August. I would like to thank Pooka and the rest of The Top Cut. You guys have helped me so much with your videos and matches. Thanks for reading. 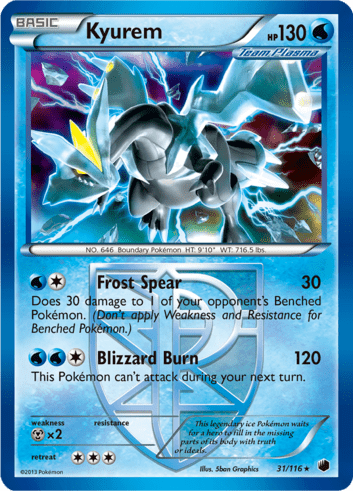