Before I get to some substance, I would like to extend a huge thank you to this community for embracing my last article. It was the first article I’ve written on Pokémon, and to receive so many likes and comments was humbling! I hope I can continue to write good articles that you guys appreciate and help you grow as a player. Writing is one of my favorite things to do, so as long as I play Pokémon and there’s interest, I will probably continue to write articles.

Last time I was writing, I went over the basics of the deck known as Yeti. I have now competed in two Regionals with my version of the Yeti, and since this format is drawing to a close, I decided it was a good time to give out my full list and discuss the development of the deck, as well as how I did at Regionals with it (spoiler alert: you probably don’t know my name, so you already know the answer to that). Since one of the main “memes” of the Yeti is #theyetiknows, I’m also going to mention some things the Yeti taught me about my skills as a player in hopes you can learn from it as well.

But, let’s get right to the fun. I’ve been playing some variant of the basic skeleton of Yeti I posted in my prior article for about a month. Kevin Baxter, a very strong player in my area, developed a list. I conversed with him about it via HeyTrainer after he won a few Cities with it. I quickly saw the power of Lugia/Snorlax, and decided to begin to work on my own list.

Prior to working on this list, I was playing somewhat of a toolbox Plasma deck. It utilized basic Energy and Ho-Oh-EX with Energy Switches for some extra Energy acceleration, a non-Plasma attacker, and improvement of the VirGen matchup. Andrew Wambolt posted a list similar to what I played on his website The Charizard Lounge if you are interested in that deck.

Regardless of its performance (it was average at best), I loved the deck because I love Ho-Oh; he’s my favorite Pokémon. Here’s something close to the list I ended up with:

Wow that list is bad! That brings me to #theyetiknows Lesson One: Don’t do too much with your list.

The main issue with the list above how much it’s doing! It has some Prize denial with Max Potion + Energy Switch, some Ho-Oh shenanigans, some Plasma triggers, and some Iris tricks. Just looking at it, you can tell how inconsistent it is. You should learn from decks like Jason K’s Darkrai Deck – many times, just build the most consistent version of the deck and it’s better than the teched version full of tricks.

Needless to say, this deck went 1-3 drop at the only City Championship I played it.

After that performance, I decided to untech the deck and just play straight consistency. I knew by this point that’s what Kevin Baxter was doing, so if it worked for him, maybe it might work for me. I tested it in a few games in an online tournament, and wow, it was so much better! Consistency worked.

At this point, I shared the deck with my best friend Andrew Wester. Westy is the only reason I play Pokémon, and we spend tons of time brainstorming together. He’s a bit of a better deck builder than I – mostly he’s really good at building consistent lists instead of teched lists, so I knew his help would really move the deck forward. I knew we had the bones of a good deck based on what I could glean from Baxter’s posts on HeyTrainer.

Westy wasn’t quite convinced yet, so I got him to play some PTCGO games with it to get a feel for it and then asked for his thoughts. He works night shifts on Sundays, so I woke up to this feedback on a Monday morning:

Andrew:
I just played a game, I don’t really like it. It’s so clunky.
I’m 10-0 with it right now. I’m not really sure how.
Wow, this deck is sooooo good. Why did I even consider playing Darkrai/Garbodor for regionals? This deck is sooo good.
#believeinBaxter

And so, we got down to business of cranking out the best list we could. After various testing (which mostly consisted of us theorymonning on Facebook), I ended up at roughly this list:

I used this list to win a City Championship. Rather than exhaustively go through the lists, I’ll just highlight some key points that make it different from some of the other lists I have seen online. OnTheBubble’s YouTube channel has a video of Chase Maloney’s Yeti list if you are interested.

This is probably the biggest difference between my list and other lists I have seen. I don’t think I’ve ever seen anyone other than myself and Westy playing the 3rd Max Potion consistently. The fact of the matter is Max Potion wins tons of games. It’s incredibly clutch in two key matchups – the mirror and Darkrai. Neither deck has a way to 1HKO any of your Pokémon, and in the mirror, setting up Lugia KOs is often the strategy used. Many times, my extra Max Potion will almost single handedly win mirror matches.

This is probably the area where Yeti variants saw the biggest disparity in counts. I’ve seen anywhere from 3 to 5 Balls used, in splits as varied as 3/0, 4/1, and 3/2. At the end of the day, I wanted a free search to Skyla for if necessary while maintaining ways to discard Energy to Raiden Knuckle, and I couldn’t fit in a 5th Ball because I thought that the 3rd Max Potion was better.

This probably warrants discussion now rather than later. Frankly speaking, the first list I played has a suboptimal Supporter line. My final list is included below, but in this list, one of my choices was restricted by my card pool. This is going to sound ridiculous, but at the time, I literally only owned 2 physical copies of Shadow Triad.

Following my City win, Nicholas Bailey was kind enough to give me a copy of Shadow Triad so that I was able to play the 3 that I wanted to. I replaced Iris immediately – I never got her when I wanted her, so I just gave up.

Other than that, the main difference in my line is the choice of 3 Skyla and 2 Colress versus 3 Colress and 2 Skyla like many other lists. I just liked Skyla better. I found myself wanting specific cards more often than wanting a big hand, so it seemed better to me. I don’t know how functionally different it actually is.

At this point, I felt like I had a really solid list with a good chance anywhere I could play. I took the opportunity to thank Kevin Baxter via Facebook for his posts on HeyTrainer in helping develop my list. Through conversation, I was able to bring up some points and questions I had, and hear his thought process more thoroughly and specifically about the deck, which brings me to #theyetiknows Lesson Two: If you want to learn about someone’s deck, don’t ask for a list, build your own, and then ask for feedback.

I see lots of posts around asking for lists, and I’m not afraid to say I asked for lists once or twice when I was really new. But I quickly learned that people hate it, and I understand why. Kevin worked hard on his list, and just asking for all his hard work would have been somewhat insulting and entitled.

But, since I had my own list, and was just asking for feedback, I was able to peer into his mind and evaluate his thought process – that’s what’s really valuable. You can have the best list in the world, but if you don’t know how to play it well, it won’t matter. Often times the concepts behind a list are vital to knowing how to play it.

That’s going to bring me to #theyetiknows Lesson Three: Playtest! This is probably my biggest weakness as a player. I’m not exaggerating when I say I’ve only played games of Pokémon since December that were tournament games – be they Cities or online tournaments. That’s not a recipe for success, which was shown by my two Regionals performances:

I did less than stellar – and it’s probably because prior to Virginia, I’d played the VirGen matchup exactly one time. It’s a miracle I had any idea what I was doing to be honest. Learn from me – playtest your deck, especially against the most popular deck around.

I actually played two different versions of the list. At Virginia, I played the exact list above. At St. Louis, I expected an increase in Darkrai/Garbodor following Michael Pramawat’s win in VA, and simultaneously decided that Prism Energy was too good not to play 4-of. To help fix a potential Hammers matchup, I took out a Colress Machine for a 3rd Tool Scrapper while also switching to a 4 Prism/2 L Energy split.

Choosing this Energy split actually won me at least two games; it allowed me to snipe a Genesect-EX in Round 3 with my own Genesect to take Game 1; and in Round 4, a powered up Genesect-EX beat up a few Keldeos. Deoxys-EX was also very clutch against Big Basics/Garbodor in Round 1. In my one Darkrai/Garbodor matchup though, these decisions turned out to be utterly meaningless. The list I played against used 2 Enhanced Hammer and 1 Silver Mirror, and drew into 1-of each within the first two turns each game. I would have lost with pretty much any Energy combination.

I also briefly considered playing a third Thundurus-EX. Ultimately, I think this would have been a good decision. However, at this juncture, I still can’t figure out how to get him into the list. I just don’t have anything I want to cut. I probably should have just played the Thundurus-EX instead of the Tool Scrapper tech, but I don’t get do-overs now!

The only other tech I considered was Spiritomb LTR to support the VirGen matchup, which is pretty much the definition of 50/50 in my experience (albeit small). The matchup comes down to when G Booster hits the field, so Spiritomb seemed like a solid tech. Ultimately, I decided the third Tool Scrapper would be better, as it improved my Darkrai/Garbodor matchup and was still fairly good against G Booster.

I am happy to report that my thought of Spiritomb wasn’t in vain, as Kevin Baxter and Nicholas Bailey (who finished Top 8) both ended up playing him in their own lists.

That concludes what I have to say about the Yeti. It’s been a great deck, and I enjoyed playing it. I can’t thank Kevin Baxter enough for posting about his list on HeyTrainer without giving it out, which allowed me to develop my deck building skills as a fairly new player. (I just passed my first year of competitive play!)

If you still have a Regional to play, I wish you luck in your quest for Championship Points, but otherwise, have fun checking out the new XY set. I personally am super excited for this set and its potential. I can’t wait to start checking out decks. Maybe I’ll even test this format! 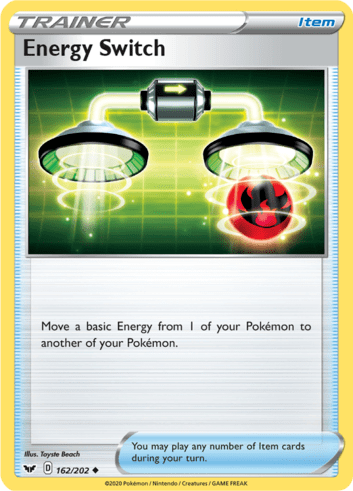