Hello! My name is Richard Gao (most people call me by Ricky), and I am a player from Vancouver, British Columbia, Canada currently studying environmental sciences at the University of British Columbia. I began playing Pokémon around the time Triumphant was released, having gotten a Base Set Machamp Starter Deck as a child back in the day, but never really learning how to play until 2011.

This will be my fourth year playing the Pokémon Trading Card Game and I have had quite a successful season so far. I am currently at 472 CP and am on pace to get a Worlds invite for the first time since I’ve started playing. This is my first article for SixPrizes and I hope this introductory article will be the first of many.

Some notable accomplishments I have had playing this game include:

I mention these results in the hopes of convincing you that I am a consistent player who has a solid grasp about the game and what it takes to be successful. I am still looking for a victory beyond City Championships and it is a goal of mine to win one of the bigger events (States, Regionals, Nationals, or Worlds) before my playing days are over.

I recently finished 4th at two States (Oregon and British Columbia) with Blastoise, the deck I have been playing all season. 400 out of my 477 Championship Points have come from playing Blastoise, so I think I have decent knowledge of both how to build and play it. I played essentially the same list at both events, which can be found below:

This was the list I played week 1 at Oregon States, with the week 2 list at BC Provincials being +1 Heavy Ball, -1 Blastoise. This change was done under the suggestion of 2011 World Champion David Cohen, but I ultimately found it to be less useful than the 4th Blastoise, although theoretically it shouldn’t be. During the tournament I constantly found myself discarding Blastoise using Professor Sycamore to try and hit something I needed. This allowed me less leeway to get out multiple Blastoise in a game should my opponent try to target down the turtles.

I try to avoid risks as much as possible when playing, since nothing is more aggravating than losing games where I don’t set up. Having the ability to still play a legitimate game while Sycamore-ing or Ultra Ball-ing away two Blastoise is worth the drop in consistency to me. Looking back I do not think I would change much from this list outside of maybe cutting a Tool Scrapper for a 3rd Pokémon Catcher, depending on the amount of Garbodor in the metagame.

Some unusual card choices you may find in this list would be Jirachi-EX and Exeggcute PLF over a 1-1 Electrode PLF line you commonly see, in addition to the low Energy count. After testing the Electrode version of the deck, I simply found it to be inconsistent in terms of getting what I needed to win. Although I would never get stuck after an N to 1 with Electrode in play, in many games pieces of the line would be prized and Electrode would never hit the field.

In addition, I would constantly draw into cards I would not want to discard when I opted to “Magnetic Draw” with a Professor Sycamore in hand. The combination of Jirachi-EX and Exeggcute, to me, is more efficient because both cards can work on their own in addition to being great partners for each other.

Exeggcute allowed me to conserve resources throughout the game, letting me get away with playing lower counts of Supporters and Energy than other Blastoise lists. In addition, with Exeggcute in the discard, should I get N’ed to 1, Ultra Ball (for Jirachi-EX) and Superior Energy Retrieval would usually become outs to winning the game in addition to my Supporter cards.

I would also like to mention that I had a lot of help in making this list from my friends Matthew Koo and Brit Pybas, and that without their help this season I would have no where near the amount of success I would have had otherwise.

Moving on from States to Regionals, here are some decks I’m considering playing that might not be on everybody’s radar.

Ninetales has been a deck that’s been seeing some play in the Florida area, with Chris Bianchi and Harrison Leven placing in the Top 8 and Top 4 during the State Championship series, in addition to Mike Canaves piloting the deck to a Top 4 finish at Florida Regionals.

The strategy of the deck is to use Hypnotoxic Laser, Silver Bangle, and Virbank City Gym to do 180 damage on EXs with Ninetales’ Hexed Flame attack (assuming a Hypnotoxic Laser heads).

To mitigate the need to hit heads solely on Hypnotoxic Laser, there is Munna BCR to give you a second and possible third chance to flip heads and get the magic 180 damage number required to 1-shot every EX outside of the Megas. The use of Keldeo-EX with Float Stone allows you to get out of the Sleep condition should you flip tails on Long-Distance Hypnosis.

This list is heavily inspired from Mike Canaves’ Top 4 Regionals list, which was featured in one of Mike Diaz’s recent Underground article, so I would like to give credit where credit is due. I feel like Victini-EX is a very strong partner in this deck for the current metagame. We are in a format where EXs dominate the scene and this deck has a huge advantage by having attackers that only give up 1 Prize.

In addition, Ninetales is very fast, making it a great option for the 50 minute best-of-three structure that will be in place for Regionals. I have also seen very little Virizion/Genesect and Garbodor decks that would give Ninetales issues. The only other problem matchup I see in the horizon is Aromatisse decks playing Virizon-EX to prevent us from abusing the power of Sleep and Poison. With the addition of Victini-EX and Victory Piece, we can use Ninetales’ Bright Look Ability and bring out their lone Virizion-EX, seeing as most lists usually only play one, and KO it with Victini-EX in order for us to abuse Status Conditions again.

A card I would like to fit in the list would be Town Map, as Hypnotoxic Lasers are so crucial for the deck to function and prizing two could really harm our chances of winning.

TDK is another deck I feel would be a strong play in the metagame given its ability to play strong 1-Prize attackers such as Kyurem PLF and Absol PLF. It has placed 1st and 2nd at separate State Championships by Andrew Wester and Zak Krekeler respectively. Although players have generally shifted toward the Lugia-EX version focusing on taking 6 Prizes on two EXs with Lugia-EX’s Overflow Ability, I feel like the Kyurem PLF variant still has a place in the metagame with more comeback potential than the Lugia version.

The idea here is that you can force your opponent to KO 4-6 Pokémon (for 7 Prizes) in order to win the game. This is generally done by making your opponent KO 1 non-Pokémon-EX in addition to 3 Pokémon-EX. Although the Lugia version can do this by having a tech Absol or Kyurem as a side attacker, the TDK variant does the 7 Prize game better in my opinion by making players KO 3 non-Pokémon-EX and 2 EXs.

This is a format of 1-shots, with decks like Blastoise Knocking Out things left and right in one-hit and Yvetal-EX Knocking Out Pokémon after they have been Lasered for a turn or hit by a Night Spear Bench damage.

Because of this, what really matters is the number of Pokémon a player needs to KO to win the game. In the first 7 Prize scenario (3 EX, 1 non-EX) you only need to KO 4 Pokémon to win the game, whereas with the latter scenario (2 EX, 3 non-EX) you are required to KO 5 Pokémon. TDK is also one of the more skill-intensive decks in the game, in my opinion, allowing you to outplay your opponent, which is something I like in a deck.

Here is a sample list to help you get started:

I should also note that with the inclusion of Hypnotoxic Lasers in this list, your Yveltal/Darkrai matchup becomes very favorable, since you only need 2 Deoxys on the Bench in addition to a Muscle Band on your Thundurus to 1-shot an Yveltal-EX with the 30 damage that comes from Laser and Virbank.

The last deck I’m going to mention is Trevenant/Accelgor. I recently finished 1st and 2nd at two League Challenges with the deck and I feel that it is a strong play in a metagame with little to no Virizion-EX.

Here is the list I used to win a League Challenge:

Again, I would like to thank my friend Jack Pitcher (4th Worlds 2012) in helping me come up with the list. Nothing is particularly out of the ordinary except for maybe the inclusions of Snorlax and Sigilyph. I credit the Sigilyph idea fully to Jay Hornung who won Iowa States using Trevenant/Accelgor with a Sigilyph as a wall when it was unfavorable to promote a Trevenant after a Deck and Cover.

I came up with the idea of adding Snorlax after coming 2nd at a LC with the deck. My lone loss came from a Darkrai-EX/Yvetal-EX deck where I was unable to hit a heads on three Pokémon Catchers to bring up his Keldeo-EX to essentially lock up the game. After trying to think of a way to make the Darkrai/Yvetal matchup more favorable without the heavy reliance on Pokémon Catcher, I settled on Snorlax since it would prevent their Keldeo-EX from retreating after using Rush In. This would put the pressure on my opponent to flip heads on Pokémon Catcher in order to get out of the Poison/Paralysis instead of me.

In the end I didn’t end up using Snorlax or Sigilyph through the tournament, so I would probably cut one for another Supporter (probably Skyla) since the Supporter count felt too low at times. However, I still feel at least one of the two should be included in your deck come Regionals given the large metagame and probability of playing Yvetal decks running Keldeo.

Well, that’s all I have for you now. I would like to thank Adam for the privilege of writing for SixPrizes in addition to all of you for taking the time to read my article. I hope this gives you guys a few ideas to test for your upcoming Regionals and you all have a great time no matter how you do! 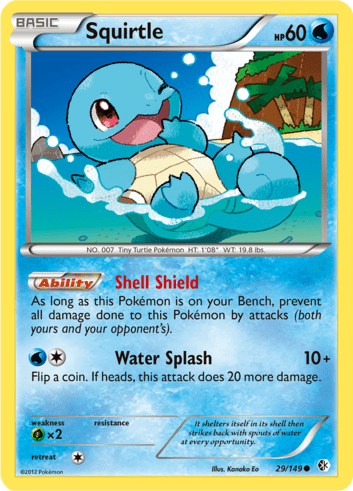