Sitting at a very comfortable 624 CP after winning Sutton Coldfield Regional in the UK, I think I’ll have a look at one of my favorite decks in the NXD–FLF format – Aromatisse. Ever since trying this deck out, I enjoyed its mobility and ability to shift between attackers at will via Fairy Transfer.

The deck has an extreme amount of options, and each Aromatisse list is different – one list is rarely the same as the other, and just 6 contrasting cards could change your whole tournament.

Aromatisse uses different attackers to abuse Weakness on most decks, such as Thundurus-EX for a 100 damage Raiden Knuckle, with Muscle Band, on the popular Yveltal-EX. This is a skeleton list with what I think every Aromatisse build needs.

The main reason for introducing a Skeleton list is because of how many different options there are for this deck.

Compared to decks like Hydreigon, this deck needs a smaller line to get its Energy switching up and going. A 2-2 line has worked for me well, and I’ve never felt like I’ve wanted a 3rd of either copy with Sacred Ash in the deck.

Thundurus-EX is one of the main reasons why this deck can function. For its 1-Energy attack, Thundurus can deal 100 damage to Lightning-Weak Pokémon such as Lugia-EX and Yveltal-EX with Muscle Band, both of which are in popular decks right now.

And it gets better – Thundurus-EX is able to get any Energy discarded back to a Plasma Pokémon, which we have with Genesect-EX. Aromatisse is highly affected by any Energy-discarding cards, so being able to re-attach and accelerate Energy back onto the field gives this deck something many don’t have.

Genesect-EX is a main part of this deck, being able to abuse its gust effect to full power. At first, I tried this deck with Xerneas XY, using Geomancy to gain Y Energy onto the field. Unfortunately, the deck was lacking in a gust-like effect, leaving Pokémon with high damage on the Bench. Genesect-EX solves this problem, meaning Benched Pokémon can be sent up and KO’d.

Genesect also comes with a brilliant attack and ACE SPEC, Megalo Cannon and G Booster. This combo makes Genesect great against Blastoise because you are able to Red Signal it up and KO via Megalo Cannon. The straight 100 and 20 to the Bench is also useful in some situations.

Yveltal is very powerful in many decks. Since this deck can move Energy about, Yveltal-EX can deal with any threats with a high amount of Energy, or nab the final 1HKO when G Booster is unable to be used.

Having Virizion means that your Pokémon can’t be affected by Special Conditions (under most circumstances), which stops Hypnotoxic Laser and Accelgor DEX. I think that’s enough said.

Landorus is a cheap attacker that can cause serious problems against any Fighting-Weak Pokémon. Hammerhead does 50 and 30 damage to the Bench with Muscle Band for just 1 Energy. The spread damage is brilliant, setting up KOs and finishing off Pokémon on the Bench. Also, Land’s Judgement with Muscle Band can create KOs on Fighting-Weak Pokémon without the discard, or 170 with the discard. This is useful when G Booster isn’t on the field, but unfortunately does lose you 3 Energy if no Plasma is attached to Landorus.

Shadow Triad is brilliant for getting back G Booster or a 5th Plasma Energy, which can sometimes seal up games. In a pinch, Shadow Triad is also able to get back Colress for the next turn.

Fairy Garden is an excellent counter-Stadium against cards like Tropical Beach and Frozen City. It gives all our guys free Retreat, which is very useful so attackers can be moved round.

Many of these optional cards add to the strategy of this deck and can create good matchups.

Suicune is brilliant for its Safeguard Ability. This single-handedly stops any rush decks such as Speed Lugia and slows down Blastoise and Rayboar decks, giving you enough time to stabilise. It causes opponents to bring out their non-EXs that they may not want to send up, and then other attackers can KO the Pokémon they countered with. Suicune also pairs well with Palkia-EX.

Its attack is useful, doing 140-180 damage against Fire-Weak Pokémon such as Emboar and Delphox, both of which can be Red Signaled. Being able to 1HKO one of these means that the opponent may not have an answer, securing your Energy for the next turn. I would recommend 2 in a Rain Dance-heavy metagame, and 1 in every list, since Suicune is useful for stalling against decks that do not have a fast answer to it.

Palkia is useful for being able to do heavy damage to Dragon-type EXs such as Black Kyurem-EX PLS and Rayquaza-EX, which are large threats to this deck due to them effectively countering the entire move Energy/Max Potion strategy. Strafe does 100 (or 140 with Muscle Band), and then is switched with another Pokémon. This can save your Energy if the Pokémon was to be KO’d and help stall. I would recommend 1 in your list if you decide to play 2 Suicune.

Druddigon is interesting because its Revenge Attack 1HKOs any Dragon-Weak Pokémon after one of your own Pokémon has been KO’d, for only 2 Colourless Energy. The main problem with Druddigon in this deck is that it will waste Energy that is needed to be conserved, seeing as Druddigon will most probably get KO’d the next turn. In Aromatisse, it will also usually take 2 coloured Energy, which is something this deck does not want to lose easily.

Rayquaza’s main use is for its Shred attack, which takes 3 Energy and does 90 (or 110 with Muscle Band) no matter what. Rayquaza’s use is twofold – it can be used to 1HKO Pyroar with a Muscle Band, or to 1HKO any Dragon-type EX without a Muscle Band. The only foreseeable problem is that Rayquaza is easy to KO by any decks using these Pokémon, losing 3 Energy. This card will be mainly useful in a meta full of Pyroar.

Darkrai can be used as your Pokémon out to free Retreat, compared to Fairy Garden as a Stadium, which is good as it is far more searchable than Fairy Garden. Darkrai-EX’s attack is nothing to scoff at either – 90/110 and 30 to the Bench is very good to set up KOs, or take KOs if the Pokémon have been previously damaged.

Entei is used solely against VirGen, where its cookie cutter 90 damage is doubled to 180 against VirGen’s Fire-Weak Pokémon. This usually seals up your VirGen matchup, and if your metagame has reasonable amounts of VirGen, I would definitely include 1 Entei-EX into your list.

Kyurem could be a useful 7th prize attacker that can do 100 to Fire-Weak Pokémon and 1HKO them with Blizzard Burn. The problem with Kyurem is that Landorus-EX has the same first attack but for one less Energy. If you expect a high amount of Fire-type Pokémon such as Charizard-EX, give Kyurem a try.

The reason for not including these in the skeleton is that they probably won’t be of much use if there is no Garbodor in your meta. However, if you know there is a reasonable amount of Garbodor around, I would put 2-3 Tool Scrapper/Startling Megaphone into the deck. The main play for this is to Tool Scrapper/Startling Megaphone along with a Red Signal onto Garbodor, and finally getting an attacker to KO it.

Obviously, that’s a high amount of combination cards to hit KOs, and a 2nd Garbodor will most probably hit the field, which you will also need to remove. If you feel like the space is better utilized, take the auto-loss to Garbodor.

Extra search, higher Max Potion counts, the 3rd Thundurus-EX or Genesect-EX, and a higher amount of Supporters could be a good use of space. Find what works for you and go with it, but I would recommend adding a 3rd Colress, 3rd Max Potion, and the 4th Ultra Ball.

What about matchups? Well, you make them! Your matchups are totally dependent on the cards you add into your Aromatisse deck, fitting toward your metagame. Each card will change a matchup.

What changes with Flashfire? Not much. Charizard decks could become a nuisance if they are good enough to be competitive, and the Strafeguard lock will need to be used against it. Pyroar has counters if expected. Druddigon could have a use in Aromatisse, but lacks the Energy protection Palkia-EX’s Strafe has. Pokémon Fan Club is not strong enough to be used in Aromatisse since Ball search has more quickness.

To finish, Aromatisse is a very powerful deck in NXD–FLF, with many options at its disposal. With Nationals and Worlds creeping in, every deck has to be considered, and I think this one has a lot of potential. Thanks for reading! 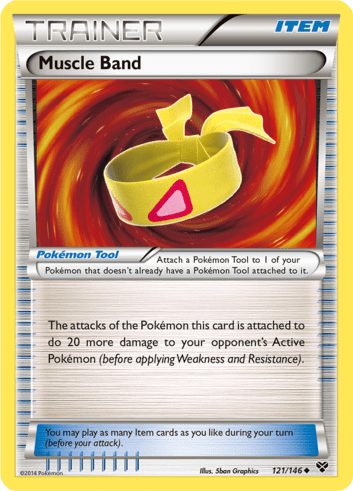