Good morning, or depending on when you’re reading this, good afternoon, good evening, or good night. Now, it’s been a little while since I wrote for this lovely website and for that I can only apologise, but for this coming season I shall be aiming to write more as well as start properly expanding my YouTube channel, which I’ve already started doing.

I have however been keeping well up to date with my podcast, so I heartily recommend getting yourself down to check up on that. Long story short, I managed to take 5th at the ECC (European Challenge Cup, the annual biggest tournament in Europe with 300+ players in the Netherlands) with Flareon and then pretty much did nothing else of real note (aside from a couple Cities and LC top cuts).

So, the reason I’m back today is to talk about the play for US Nationals. I’m a fan of blind speculation, but, as listeners of my podcast will know, I like to examine the facts. There have been 12 National Championships that have so far taken place with Flashfire legal (sorry Germany and the others, but your results are already out of date) and the results were as follows (thanks to various sources and TheTopCut.net for helping put these together):

Note: I have put all Plasma decks together and all Yveltal (with and without Garbodor) together because they are essentially the same deck and if we split the decks up too much it’s hard to gather much interesting data. I also am only going by the first two weeks, as that’s when I wrote this.

This gives us the following totals:

Total Cuts from the Big Three

Total Top Cuts from the Others

There are several important things that we should note from this to add some much needed context:

Looking at the data we can say, with some certainty, that there are three top decks:

Note: Plasma and VirGen are interchangeable and neither is a clear-cut number 2. Plasma has more wins, has cut at a greater number of tournaments, and did better in week 2 (a good indicator that the format is changing in favor of it, or more people are playing it, showing it to be better), but VirGen still has more top cuts. I’m putting Plasma number 2, but I won’t be offended if you switch them around.

One thing I really want to point out here is that my top three is based on nothing more than facts. There is no speculation or argument here. Of course, the format does not remain static, so this is nothing more than a snapshot right now. Any number of things could happen to change this.

There are plenty of other decks (Aromatisse, Miltank, Pyroar) that show promise, but until they start proving this by performing better at the National Championships that are happening, I’m afraid I cannot add them into my “top decks” list.

So, with all of that said, my top choice for US Nationals would be….

I think the old-school Plasma deck TDK is the one to go for and here are my reasons:

TDK is fast and can often steal quick wins. This is very nice in a tournament that is likely to be 9 rounds, then 5 more rounds in top 32, then top 8, where every round is 50 minutes best-of-three. Winning a few games very quickly will be very nice for your mental health at this tournament! Not only that, but a lot of decks cannot lose Game 1 and win two quick games, this one can.

Check out how fast this win was:

2. I think it can be made to beat Yveltal.

As well as the above, here’s another video showing TDK playing an Yveltal deck:

There are other good things about the deck, but hopefully you get the idea. It’s a fast, consistent deck with options that I think should be able to beat the best and most played deck in the format the majority of the time, and that can only be a good thing.

Now I know that many people prefer the Lugia build, but there a few reasons I don’t like it as much:

FINE! This is not purported to be a great list, but it IS the one it have been playing around with on PTCGO and its running pretty consistently and doing pretty well for me. It’s not perfect and I doubt this will be the final list it move forward with, but, as you asked so nicely, here ya go:

I won’t write loads about my choices, but here’s a video where I explain them:

Other cards that could put in:

I like Absol, but it leaves the damage output in your opponent’s hands, which makes me a little nervous. To be fair though, MANY decks now need a fair few Pokémon on the Bench at all times.

He has a nice attack that does 20 for FC (raised to 50 if you can match hand sizes), which can be nice against Fighting-Weak Pokémon, but this can also be a bit of pain to actually get working. It’s not always going to be possible to hit for enough damage. As with all Plasma Pokémon, Muscle Band, Deoxys and Laserbank will help, but you need to match hand sizes way too often for my liking.

I’m not a huge fan of this one, but it can help you VirGen matchup because you’ll be getting 1HKOs for 3 Energy. Saying that, you might not get it going too fast and there’s always the risk that Genesect will get a G Booster and 1HKO you right back. That will kind of defeat the entire point of running it. Scramble Switch will help, but it’s not still not my favorite. Plus, I don’t think the VirGen matchup is any worse than 50-50 without it.

Latias-EX (Or, How to Deal with Pyroar)

The elephant in the room that I’ve not spoken about yet is Pyroar (I say elephant, but he’s a lion, which ironically, is the natural predator of the elephant). He blocks attacks from Basic Pokémon and the entire Plasma deck is based around Basic Pokémon. Latias-EX has an awkward attack, BUT he can hit Pyroar and Pyroar can’t hit him back. Honestly, this is the only Pyroar counter I would run.

I would be running Lysandre and Pal Pad as well as Genesect-EX and Escape Rope (see list above) and I would just Catcher around Pyroar and use Latias if my opponent went full bore with Pyroar. I would also recommend Scramble Switch to help get Latias going. I am considering an article on dealing with Pyroar as a Plasma player, so let me know if that’s something you’d be interested in.

I like having an extra switch card, especially with Deoxys being such a Catcher target (Retreat Cost of 2 can be awkward) and I like the plays that this can set up. I just like it, though I wouldn’t blame anyone for playing Computer Search or Dowsing Machine.

“Why no Shadow Triad?”

As I said in my video, there are basically no times where I’d rather have a Shadow Triad over a Lysandre and I don’t have the room to play both. I am looking to add a 2nd Lysandre (maybe by cutting a Muscle Band) and I would do that long before adding a Shadow Triad.

I hope you enjoyed this and/or found it useful. I’ve seen a few people bemoaning the lack of quality non-Underground articles, so here’s a 2,000-word article with videos to back up some of my points. If you like it, let me know and I might even write some more.

Also, please remember take a minute or two to check out my podcast and YouTube channel (and subscribe and all that). I reckon they’re pretty good and I hope you agree. 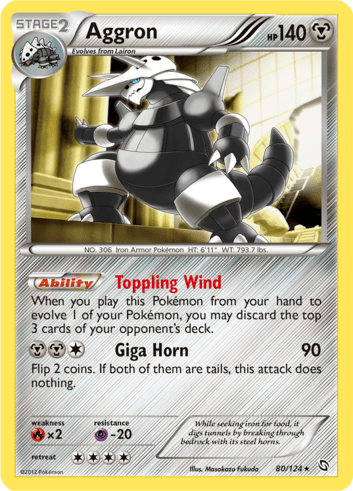