In two years I have seen two authors (and undoubtedly missed many pundits on social media) implore the community to refrain from entering the last chance for Championship Points events at US Nationals unless an invite is on their horizon. Having too little CP means you have nothing to play for, and having too many means you are “grinching.”

I find this discussion interesting, and I’ve done some contemplating to come up with my own position on the matter. But first, a story.

Back in 2007, one of my buddies, who is a better friend than he was a player, faced off in an early-round match at US Nationals against a well-known Trainer ranked in the top 5-of North America. This was at a time when the Elo rating system was of the utmost importance in determining Worlds qualifications, and a loss to a lowly 1600 player would have been devastating to someone sitting at 2000+ Elo because of the high K-value attributed to the event.

On the first turn of their game, with only one Pokémon in play, the maestro jumped his order of operations and inadvertently slapped down a Super Scoop Up before Benching backup. A reluctant coin flip followed. Heads. Game over.

My friend, knowing the circumstances and wanting to be a nice guy, allowed his opponent a redo and ended up losing the game (and match – Swiss rounds were best-of-one back then). My friend wished his opponent the best of luck the rest of the tournament and felt solace, or maybe relief is the better word, that he didn’t ruin someone’s season. The whiz ended up making top 8 and comfortably securing an invite to the World Championships in Hawaii that year. My friend missed top cut by one win.

Years later, after ample reflection, my friend regrets his decision to allow the takeback. He only played the Pokémon TCG a handful of years (adulthood comes quickly and with many responsibilities) and wishes he took advantage one of his few chances to do well on a big stage. Why though, at the moment, did he feel “right” about the action?

There has been and always will be a sense of entitlement among players. It may not necessarily be explicit or imposed, but it’s in the ether. Accomplished players will often feel they deserve to win, and lesser-known players might get a sense that they are doing a disservice to the pros by pinning them a loss. In some instances, it may even feel better for the long shot to lose than to win (like in the case of my compadre).

I’ll reiterate that: players are with some regularity put into positions where the outcome of winning is more painful than that of losing. What is this, Bizarro World?

The objective for anyone entering an individual (i.e. not team) competition, in my opinion, should be to do their best. As long as they give a good effort and play a fair game, they should at the very least be accepting of the results and appreciative of any successes. A participant should never feel overwhelming remorse in victory; that should be a moment of joy.

If TPCi wants to place restrictions on who can enter a tournament, that is their decision and we as players will have to live with it. (And those limitations might be for the better.) But if an event is open to all players, and for whatever motive someone wants to play, that is their right and they should in no way be made felt out of place or in the wrong. For some, this is a fleeting chance to prove themselves. Others simply want to be the very best.

And so I ask you to reevaluate: Who is the grinch? 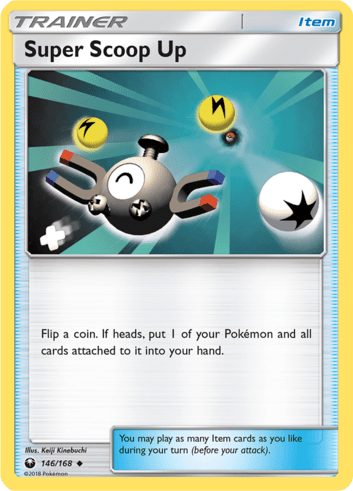