Good morning or, depending on when you’re reading this, good afternoon, good evening, or good night. Now despite doing an ENTIRE PODCAST about the rotation, people keep asking for a list of what was rotated. So, consider this an answer. Below I shall go set by set and look at what was reprinted, the fringe cards lost, and, most importantly, the really big cards lost. I shall also try and look at which decks are most disadvantaged by these cards going away and what may serve as replacements.

I shan’t really introduce myself again, but please remember that I have a podcast. Here’s an episode that discusses the rotation in more detail, for if you want more than just this quick guide!

Note: The rotation is where, once a year, Pokémon decides we have too many cards to play with and take some away from us. To this end, it has recently been announced that only cards from Boundaries Crossed and later sets will be legal Standard format tournaments next season.

This is a big loss to Evolution decks like Empoleon and Flygon/Dusknoir as it was the easiest way to search for those little Pokémon. This hurts decks like Virizion/Genesect (playing a Stage 1 like Raichu) too, and we don’t really have a replacement. There are plenty of other Balls (Ultra Ball, Great Ball, etc.), but they all have big downsides. Essentially, the Pokémon search we had last season just got worse. Oh, and it was also pretty handy for fetching Jirachi-EX.

This is a loss to a few decks, but mostly it’s a big loss to Virizion/Genesect. You need Virizion using Emerald Slash on turn 2 and with all your Basic Pokémon (Pikachu, Roselia, Genesect, etc.) having one Retreat Cost it was easy to get Virizion Active; now it’s not so easy. You can play more Switch, Escape Rope, Float Stone, and so on so it’s not a huge loss; but it’s inconvenient.

This hurts a few decks, and creativity in general, but mostly this hurts Plasma. With Blend Energy also gone (see below), we only have Rainbow Energy to act as more than one type. Plasma decks thrive on their adaptability and this really hurts. You can play more basic Energy, but you can’t play Lightning (for Thundurus) and Water (for Kyurem) and Psychic (for Deoxys) and Grass (for Genesect)… you get the idea. Essentially, Plasma decks will have to be made a little differently from now on.

Note: Professor Sycamore is a word-for-word reprint of Professor Juniper, though you can only play one or the other in your deck.

This always saw a little play, whether with Vileplume UD, Trevenant XY, or Gothitelle EPO 47 to block Items or, more recently, with Flygon BCR in a more sophisticated control deck. It stinks that it’s gone, and we really have no like-for-like replacement. It was a Stage 1 that auto-Paralyzed for a Double Colorless Energy. Nevermind.

Dark decks will miss this guy. Essentially he allowed for alternate strategies (like recycling Tool Scrapper to beat Tool Drop or Enhanced Hammer to beat Plasma decks) and these strategies are now gone. Plenty of Dark decks have done well without him though, so this will just require a little retooling and some more straightforward play.

This is the big loss to Dark decks. This gave them speed and allowed them to bring out a Darkrai or Yveltal from nowhere. This ability is now gone. Yveltal-EX, however, only needs 2 Energy to attack and Yveltal XY has an attack that does 30 damage and Dark Patch’s effect. So it could be worse.

This hasn’t really been central to a deck since Hammertime took the world by storm, but it has been a tech in a LOT of decks. Virizion/Genesect always enjoyed popping a couple in, and Sableye liked it (see above), but no deck is too disadvantaged by it going away. With Herbal Energy and Strong Energy in Furious Fists, maybe its removal could even be a good thing. We still have Crushing Hammer though, so if you like flips and/or are feeling lucky then you’ll be fine.

This is the only card we’ll miss from this set, but boy is it a painful loss. This was the only reliable card we had that could put Energy back into the deck. Now we have nothing. This will hurt decks like Virizion/Genesect (as they can often run low on Energy late game) and Empoleon (which could get away with playing as little as 6 Water Energy with 2 Super Rod). If all you’re looking for is to put Pokémon back into the deck then we have Sacred Ash, which is actually better for recycling Pokémon (as it gets 5 back in the deck, not 3), but if you’re after more Energy then I guess you’ll have to play more Energy.

Well, losing this pretty much entirely kills Emboar decks. There are other attackers that can be used, but they’re not as good. Sorry about that.

Everything I can say about this I said in the Prism Energy section. So go read that. Plasma decks are sad.

Note: Eviolite was rotated, but is quite adequately replaced by Hard Charm, plus nobody was playing it. Tool Scrapper was also rotated, but we have Startling Megaphone which will fill the gap.

Since BW Promos 01-50 have been rotated out, we should look at those too. I’ll be honest, there’s only one worth noting, but it’s a biggie!

This was BW28 (from Worlds 2011) and BW50 (from Worlds 2012) and they’re both rotated out. This burst onto the scene as part of Ross Cawthon’s 2nd place Worlds deck in 2011 and has been a staple in slow or setup decks since. Nowadays this is mostly used in Blastoise, Rayboar, and Flygon/Dusknoir, all of which will take a big hit for the loss of it. Saying that though, all of these decks are hurt by other losses (Accelgor in Flygon decks) or have seen a drop in play (Blastoise).

Tropical Beach has also seen play in Pyroar decks recently, but it was a card that, for as long as it was in the format, would always have seen play. We don’t have an adequate replacement, so we’ll just have to use more Trainers. Boo.

To make referencing a little easier on you, here’s the complete list of cards that we’ve lost that most people will care about:

There we go. I hope that makes sense. There may well be cards I’ve missed (I don’t like Zoroark NXD so I left him off the list) or things you disagree with. Good news is, there is a comments section, so go crazy! 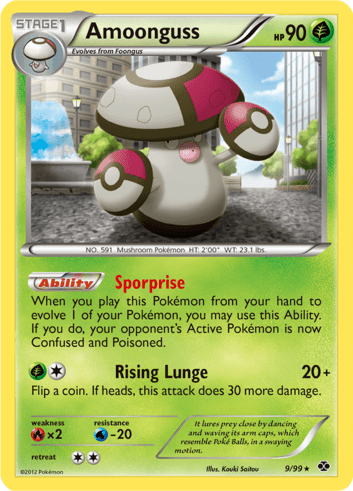