Hey everybody, Alex Hill here. I’m delighted to bring you an interview I recently conducted with the 2014 Masters World Champion, Andrew Estrada!

Alex: For starters, where are you from and how old are you?

Andrew: Ok, I am from Canada and my background is originally of Spanish particularly Guatemalan descent. I am just recently 16, just having turned on February 4th.

Alex: What sorts of hobbies do you have outside of Pokémon?

Andrew: I have been playing piano and taking ballroom and Latin dancing lessons for about 8 years now. I play soccer whenever I can, with my friends or with an actual team. School is very serious for me as well, and I plan on going to McMaster for astrophysic engineering.

Alex: I saw you were pretty pumped after winning (as anyone would be of course). How does it feel to be the first Canadian World Champion in the Masters Division?

Andrew: It feels amazing! I’m so glad and happy to represent Canada in its big turn around to success in Masters after Curtis Lyon’s Top 8 performance at Worlds 2010. I really hope Canadian players will finally earn more respect and acknowledgement following the fiasco caused at 2013 Canadian Nationals.

Andrew: Oh, ahaha, that? My friends, Marvin Lu Banzon who is another great Canadian player, and Rey Visto wanted to play my exact list for LCQ and my list was snatched the night before to copy it after I put it in my bag. My fellow team member also played my list in the actual event and placed top 32 and ended up losing the last round to Vincent, the French player to whiff cut at 6-3. When I got to the venue totally prepared, I realized my list wasn’t in my bag and had to rush to copy a new one.

Alex: What kind of decks do you prefer (e.g. lock or control decks vs. aggro decks)?

Andrew: It depends on the format to be honest. Personally my favorite kind are passive-aggressive/control decks just because of the amount of options you are given and the skill behind it. I’m not a fan of aggressive decks like Plasma because if you run out of steam or your opponent runs hotter than you it’s over. I’m 50/50 on lock decks. Sure, they’re fun to play when you setup and maybe some of the Pokémon are cool but my problem with them is the deck lives and dies with it’s draws. Technically every deck does, but more so lock decks, and if you experience pressure early on, you can easily fizzle out as well.

The thing with control decks is you have the ability to set the pace early on for the game and decide how the game will be played. Darkrai/Garbodor was my second favorite deck of the year without Yveltal just because of this trait. Virizion/Genesect offers control strategy and is obviously very powerful. I believe the deck itself is linear, like knowing when to Emerald Slash and Megalo Cannon/G Booster, but I think the skill comes from what you discard and how you go on about to make these moves and have enough resources late game to win.

Alex: So along those same lines, what is your favorite deck of all time?

Andrew: My favorite deck of all time would be Gyarados! I played Gyarados in 2011 which was my first competitive year and I had a ton of fun with it! So powerful and consistent! It was really upsetting when the mid season rotation was announced.

Alex: What were your feelings when Igor dropped the Shaymin-EX late in Game 3 of the finals?

Andrew: I was shocked. I had totally forgotten about the Shaymin to be honest. But even if I did remember, I still would have KO’d the Drifloon probably. I had 2 Plasma Energy in my discard and I couldn’t afford an easy Drifblim sweeping my field.

Alex: Yeah, and didn’t you have a Plasma Energy prized as well that you wanted to make sure you drew?

Andrew: Yeah exactly. It was crucial to my end game; in theory it was the best move. I didn’t expect him to N me though. It was his last N. If he didn’t, I had the win even if he did kill me with the Shaymin. I had Skyla, Muscle Band, Energy Switch, and Colress Machine in hand.

Alex: Oh yeah, gotcha. The lone Colress Machine coming in clutch! So, do you have a local card shop that you play at or a league somewhere else that you attend?

Andrew: I play at my local league sometimes but not occasionally in my neighboring city. There’s unfortunately not a strong player base or amount of players where I live so in order to get some awesome practice I usually have to drive 30 minutes to Toronto.

Alex: Oh, at least you can still go to Toronto then. Who do you normally test with then?

Andrew: I test with my team, Team Lucario which includes many of Canada’s top players: Matt Koo, Curtis Lyon, Chris Venier, and Bidier Jing. I also test normally with my friends, Team Vengeance from Toronto.

Alex: How do you find it having to compete against your testing group in your local tournaments?

Andrew: To be honest, I rarely ever face my teammates in tournaments, haha. The only times I’ve faced teammates are during the final round usually when we are guaranteed cut or the finals of a tournament. They are really good, and challenging to beat but that’s what I love about the game.

Alex: Yeah, I feel the same way. So do you have any players you would consider to be rivals?

Andrew: Not really, haha. I don’t hate or dislike anyone in the community. I consider everyone equal in terms of facing them and the way I play without underestimating anyone.

Alex: Yeah, that’s definitely a good attitude to have; underestimating your opponent is the fastest way to lose. You played Virizion/Genesect at Canadian Nats right? What changes, if any, did you make to that list?

Andrew: Exactly! Yes I did! I ran the exact list except I was playing a Sigilyph over the Mr. Mime. This was really good at the time since TDK and Dark Garb weren’t so big. I unfortunately lost to my teammate Matt Koo with Rayboar in the Top 8, but I couldn’t have been happier to lose to him and see him get his invite!

Alex: So what made you choose Virizion/Genesect for Worlds? Did the resurgence of the Pyroar at US Nats scare you at all?

Andrew: No, it didn’t at all. I thought the Pyroar hype would follow the Gothitelle hype (from US Nats 2013 to Worlds 2013) and I expected little to no Pyroar at all.

Alex: Yeah, that’s definitely smart, I wish I would have followed your train of thought, haha. What improvements do you think can be made to the game?

Andrew: I think best-of-3 can be accommodated for if we had 60 minutes instead. 50 minutes just seems so short. Especially in this format!

Alex: How did you get into the competitive side of the Pokémon Trading Card Game?

Andrew: I found my friend and teammate Matt Koo and he taught me how to play and all there is to know about the competitive side.

Alex: You just aged up to Masters right? How have you found the competition to change?

Andrew: Yes, I did just age up, and competition has changed ridiculously. Being able to play against new players every tournament is amazing! In Canada, almost every Senior makes it to Worlds and you end up facing the same people every tournament! I love being in Masters so far!

Alex: Lastly, what is your favorite Pokémon?

Andrew: Oh, my favorite Pokémon is Kabutops, haha. I’ve always been fascinated with its sword like arms and it’s resemblance to a praying mantis. Fossil Pokémon are awesome, especially Kabutops!

Alex: Well, thanks for this interview! I hope to see you at some tournaments this year!

And thank you all for reading! I hope to bring you more of these interviews in the coming months, so be sure to give me some feedback and suggestions in the forums. 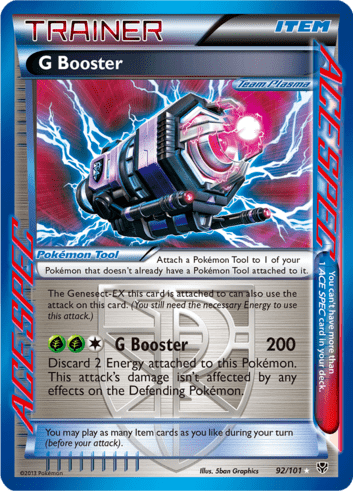