If you were to ask for my opinion on the change from single-game Swiss to best-of-three matches a few years ago, I would have been ecstatic. The chance to outplay your opponent and prove your superiority is a thought that I am fascinated with. Fast-forward to a format where big Basics dominate the game and all of a sudden the change isn’t as welcome as it was originally perceived to be. Best-of-three was a great idea. 50 minutes to complete a best-of-three match was not. Unfortunately, this is not my only objection. The capped top cut, along with the way match point values work, create a very unfavorable situation for every player striving for an invitation to the World Championships.

I will begin by describing what happened to me at Ft. Wayne Regionals a few weeks back. I began the day with a quite favorable matchup, but I lost a close first game and eagerly shuffled up for the second. Game 2 begins and I immediately noticed something strange. My opponent had started to play at a much slower pace. I started very strongly, and from the beginning to the end of the game I had complete control with my opponent not drawing a single Prize card. Turn after turn, I noticed my opponent checking his discard, my discard, shuffling his hand, etc. He was trying to stall me out of the game win to prevent a match tie. He succeeded in doing so, and I lost a match that I should have at least tied.

Now, I am not writing this for any of you to feel sorry for me. I am trying to show an example of why I feel that the tie system is flawed. The current system allows 50 minutes to finish a best-of-three series, however 50 minutes is not enough time to finish three games. This can lead to the above scenario and is incredibly frustrating. I feel robbed whenever I lose a game that I would have won had time allowed completion.

This isn’t the first time that I have been stalled out of a game — it also used to happen in single-game Swiss. However, with the current system, stalling is encouraged. If you win Game 1, you want to either win Game 2 or not finish the 2nd game. In some cases, you can’t stall long enough to prevent your opponent from winning Game 2, which usually results in a tie (since there is rarely enough time to finish the 3rd game). The better player often feels robbed in this scenario, because they would have liked to complete the final game.

The solution? Bring back single-game Swiss. The main issue of single-game Swiss is the chance of being “donked.” However, the current metagame operates around very strong Basic Pokémon who have virtually no chance of being Knocked Out on the first turn. Some playable cards do still have the potential to be “donked” (see Litleo FLF 18), but that’s where you decide if playing the card warrants the risk.

Single-game Swiss is a much simpler solution and rids the environment of the toxicity that is stalling and slow playing. No one wants to travel to a tournament to get stalled out. It’s a terrible feeling and I am distraught that players take advantage of this. In single-game Swiss, stalling isn’t a viable strategy nor will it be as problematic as often as it is in best-of-three, 50-minute matches.

My second argument for single-game Swiss is less game play. A reduction in amount of games played will make the day feel less long and drawn out. Playing over 20 games before top cut is very taxing, and I feel that the general public agrees that this makes the day unnecessarily long.

First and primarily, the fact that someone could fail to top cut because of uncontrollable factors (such as opponent’s resistance), is absolutely awful. A player that I lost to in Indiana, Tristen Macek, met the point requirement of 19 but placed 33rd. That is pretty disappointing, especially after such a long day.

Second, players look to intentionally draw (ID) to take advantage of the points system. This means that instead of playing the game out, they agree to tie and knock other players out of top cut. To me, this is a flaw in the system and in no way supports the Spirit of the Game.

Is there a way to solve these issues? Personally, I feel that top cut needs to be based on attendance. It is unrealistic to cap events at top 32 when there are over 400 Masters showing up for a Regional. In 2009, a Regional that I attended had close to 230 players and a cut to top 32. How is it justifiable for attendance to practically double and to not increase top cut? I can’t seem to understand the logic behind this.

If top cut was expanded, it could possibly solve all the above issues. Other players would still “bubble” out of top cut, but I think that it’s much more realistic to recognize that multiple losses per tournament are undeserving of top cut, whereas 6-2-1 should guarantee cut every time and not whiff at 33rd.

My last topic revolves around time and involves trying to discover an optimal time limit for a single game of Swiss. When I playtest, a game usually takes around 15 minutes (though I typically scoop to save time if the outcome is obvious). However, in tournament play games take a little longer because of various factors.

I think that a single game is justifiable at either 25 minutes plus 5 turns or 30 minutes plus 3 turns. I can’t say with assurance that either of these are the proper allowances of time, but I know that personally I would have no issues with them.

Please let me know your thoughts in the comments section. This is a very important topic to many players and your feedback makes a difference. Thank you for your time! 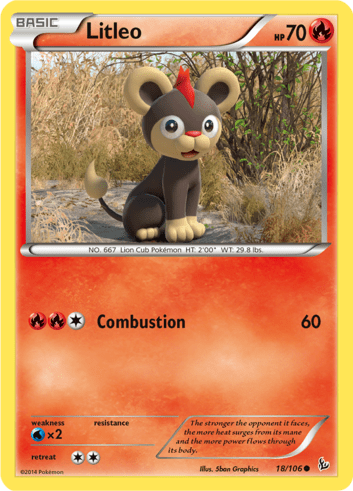