Today I thought I would touch on a topic that is rarely talked about on SixPrizes or any other strategy sites: The Pokémon Trading Card Game Online. It’s a tool that everyone is aware of and that most everyone uses to some extent, but is rarely spoken of in articles due in part to a few of the factors we’re going to talk about today. If you’ve read any of my previous “Building a Better…” articles (located here and here), then you’ll have an idea of how this is is going to be structured. Enjoy!

Firstly, let me say that I love PTCGO more than anything in the world. Playing Pokémon is my absolute favorite thing to do at basically any time, and the ability to do that on demand is incredible. I was interested in PTCGO years before it even came out, and I was fortunate enough to have the opportunity to alpha test it at Washington States 2011, before it had been released to the public.

It took me a while to warm up to PTCGO. I didn’t like that it was browser based, and after it was changed to an application, I didn’t have a nice enough computer to run it for a while. Various other factors, from the Ranked category not existing to various bugs the program had, would hold me back from playing it as much as I would’ve liked, for a short while.

However, since diving in, I have been absolutely obsessed. The ability to maintain a hands-free collection online, meaning no sleeving or unsleeving of cards, worrying about damage that may occur, and just physically having to store them, was huge. As I mentioned earlier, the ability to play any day at any time is also an incredible factor, and probably the biggest selling point of the entire program.

I’ll finish off this section listing some of the things that I believe PTCGO got right, as there are a lot of them, and I want to make it abundantly clear that I am not critical for the sake of being critical, and all of the suggestions I talk about in this article are only on my mind because of how much passion I have for PTCGO.

As far as I’m aware, no other card game does this with their official online program. Magic Online’s booster packs are the same price as physical ones, and there is nothing connecting the two whatsoever. Hearthstone doesn’t have a physical game, and building a competitively collection in a reasonable amount of time is likely going to involve some amount of money.

Pokémon circumvents all of this by essentially gifting you a free online pack with the purchase of a real pack, and the same can be said for most of their sealed product (tins, blisters, etc.). Although this is making TPCi far less money up front, it would draw in more players in the long run, as there is no downside to maintaining a PTCGO account alongside your paper collection. PTCGO being relatively expensive also means that, when the time comes, many players are more likely to be willing to overspend on tournament entries or whatever other revenue generating idea TPCi comes up with.

PTCGO is not what I would call a beautiful program. However, I do believe that it does everything it needs to do in that it is not unpleasant to look at and appeals to its target audience. Compare this to Magic Online, which up until last year looked like a spreadsheet and now just looks like a Windows 95 game, and Hearthstone, which I feel often sacrifices function for form.

There are certainly improvements that can, and hopefully will, be made to the UI, but for now I think it’s perfectly acceptable.

Now that we’ve gone over a few of the things that I think PTCGO absolutely does correctly, let’s dive into the real meat of the article: where it fails.

For those who don’t know, on PTCGO ranked play, each player is given a spin on the “prize wheel” after a match, whether you’ve won or lost. Prizes on the wheel range from a few Trainer Tokens, used to buy packs, theme decks, and aesthetic game pieces to tournament tickets, used to enter PTCGO’s on-and-off 8-player queues, and “Mystery Boxes” which can contain booster packs, promos, alternate art cards, etc., etc.

While this may seem like an ideal situation, with each player getting something regardless of skill level, it absolutely isn’t. Case in point: Combee.

There exists a deck on PTCGO that plays Combee PLS, G Energy, Super Scoop Up, AZ, Scoop Up Cyclone, and I’m sure a bunch of other very silly cards. The aim of the deck is not to win, and not even JUST to lose, but to lose in the most efficient way possible so that you can get the maximum number of prize wheel spins in any given play session.

This is obviously very frustrating. However, you can’t really blame that people playing Combee decks. After all, when there is no incentive to win, why wouldn’t you just attempt to maximize your yield? If live tournaments offered the same exact prizes for winning and losing, would you want to play your Seismitoad-EX deck through six rounds and a top 8 at Cities? Of course not, because you would have no incentive to do so.

It’s because of the prominence of the Combee archetype that I suggest these two fixes to PTCGO, both of which I believe would improve the user experience for both competitive players looking to playtest, and those just looking to win some prizes and build their collection.

I believe that both of these classifications need to remain in existence. The people who are trying out the game for the first time are just going to get frustrated if they get Seismitoad locked over and over again, and those trying to properly playtest are going to uninstall the game if they play against nothing but casual players. Eliminating either of these is a lose-lose for everyone.

I believe that Casual should remain mostly unchanged but reward 2 Trainer Tokens for a win and 1 Trainer Token for a loss. This would incentivize casual players to play their games as there would be SOMETHING on the line, but it wouldn’t be enough that Combee would re-emerged just to farm rewards.

Ranked, in my mind, should undergo a pretty heavy change. I believe that Elo ratings should be applied publicly to every account, and that when entering a ranked game a player should be paired against another player of equal skill. Even if Elo couldn’t be displayed publicly, it seems easy enough to implement on the backend, and some sort of ratings may already be taking place now.

I believe that releasing this information publicly would allow for players to have an idea of their own skill relative to the rest of the field, the skill of their potential opponents, and overall lead to fairer gameplay. You could even implement an all-time leaderboard, or award prizes based on Elo rating at the end of a given time period, similar to Hearthstone’s ladder system.

As I alluded to earlier, PTCGO has some tournaments. They go live for a weekend every few months and are exclusively 8-player, single-elimination tournaments awarding either tournament tickets to enter more tournaments or booster packs and “trophies,” depending on which queues you enter.

While I understand that these tournaments are still in the testing stages, a stage that TPCi likely does not want to rush through, I believe that a lot more could be done with these tournaments for a very small investment on behalf of the PTCGO developers.

For instance, imagine an 8-player single elimination tournament with a $5 buy-in (this could be in the form of tournament tickets, as they are already purchasable for $1/ticket) that awarded $15 (or an equal amount of value in tournament tickets) to first place, $10 to second, and $5 to third and fourth. I think these would be incredibly popular, especially if players were given a few free tournament entries to start them off and/or if buying and selling items on PTCGO was made legal (this would be absolutely necessary if tickets were awarded instead of cash). Even without any of that happening, these would be pretty valuable, both from a profit-making standpoint and a playtesting standpoint. After all, everyone entering these tournaments will be aiming to win, guaranteeing that you’ll face no Combee decks and that your opponents will likely be relatively skilled.

There are limitless other options, but I believe they all revolve around implementing bigger and better tournaments into PTCGO. I’ll leave you with one more example…

A $20 buy-in Swiss tournament only open to players with 200-299 Championship Points and/or an Elo rating within the top 25% of players on PTCGO. First place receives entry into the World Championship and the top 30% of finishers are rewarded with money, tickets, packs, etc.

Though an online LCQ might not be in the books for quite a while, I truly believe that it’s something that could one day happen. It will be up to us to express our interest in competitive online tournaments and up to TPCi to listen to player demand. 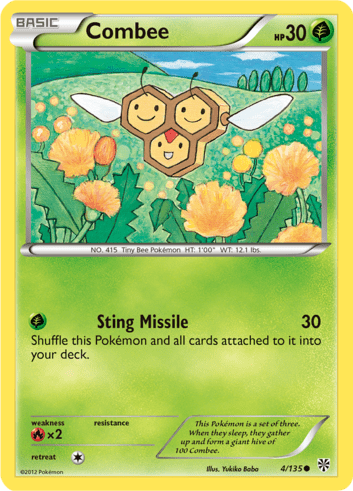