Today we’re going to take a second to discuss our favorite cards of all time. This started in the Magic community, with various pros and community members writing articles and Facebook posts detailing their favorite cards and the reasons for them. I’m going to share mine below, along with a few stories, and I hope you’ll do the same. The Pokémon community needs more celebrations of the game, and I think this could be a great way to spark discussion and remind each other why we love Pokémon. Use the hashtag #Top8Pokemon so that all of our posts will be easily searchable.

I got into Pokémon just after this card had its day in the sun, and it was one of the first cards that I thought of as “good.” I remember one of the first pieces of Pokémon content I ever read was a Jason Klaczynski interview in which he spoke of how powerful Empoleon was and said the line “Nothing beats a Dual Splash,” which is something that would ring especially true for me after my loss to John Roberts II’s Kyogre-EX DEX at the Nationals in 2012.

If Empoleon was the first card that I thought was good, Blastoise was the first card that I actually understood. It was the centerpiece of my first “competitive” deck, Blastoise PL/Delcatty PL. If you haven’t heard of that deck, it’s because it wasn’t exactly a powerhouse in a format of Dialga G and Palkia G. However, it was the very first deck that was “meta” and that I understood well enough to play to an X-2 finish at my first Regional Championship. Playing BlastCatty was my initiation into tuning a decklist, understanding various matchups, and really getting a feel for the competitive side of the game.

Like the others on the list, this card is important because it taught me something. Previous to regularly playing decks that included copies of Call Energy, I always figured that the most aggressive line of play was the best possible option, and I hadn’t exactly figured out what card advantage or board position meant. Call Energy was so powerful that it would massively change the way games were played.

For instance, there were definitely times in the SP vs. Machamp matchup where going first and using Call Energy for 2 Uxie LA or 1 Uxie LA and 1 Lucario GL was the correct play (so that you could play Uxie LV.X next turn and Zen Blade their Machamp SF), and it’s not often that opening turns of Pokémon are that unintuitive.

The reason I picked Garchomp C LV.X over Luxray GL LV.X or Dialga G LV.X is because it taught me the most about the game. Learning when it’s correct to Dragon Rush one of the opponent’s attackers rather than a utility Pokémon like Claydol GE and vice versa taught me a lot of concepts that I still use to this day.

We’re at the point in the list where it is becoming more about the cards that I appreciate the most and less about my history with the game, though Accelgor certainly holds a special place in my heart. My favorite deck is the Accelgor DEX/Chandelure NVI/Vileplume UD/Mew Prime deck from Nationals 2012, essentially a much less powerful version of the Accelgor DEX/Gothitelle EPO 47/Mew-EX/Dusknoir BCR deck that has seen a lot of play over the last few years. Accelgor does a lot of the things that I enjoy doing in Pokémon, and it will forever be one of my favorite cards.

Additionally, Accelgor is one of the most unique Pokémon in recent memory. Between automatically paralyzing the Defending Pokémon and shuffling back into your deck, the card is interesting enough that it could see Expanded play somewhere down the line, assuming the right mix of cards are in the format.

Rare Candy is probably my favorite effect in the history of Pokémon. Rare Candy fits into basically all of the decks that I like to play, and you can typically judge how I’m feeling about a format based on how playable Rare Candy is (though I will say that I absolutely love the current Standard format, but that’s another article entirely).

One thing to note is that despite my love for Rare Candy, I actually think the errata was a good thing. The card can definitely do some degenerate things, and although I believe a lot of formats might be better off with the old Rare Candy wording, I think that is more due to the current design of cards and less because evolving on Turn 1 is totally fair.

Whether it was The Truth, Mew-EX/Vanilluxe NVI, or the aforementioned Accelgor/Vileplume, I played a lot of Vileplume. As a fan of game design, I’m very into effects that are powerful but limited, and I think Vileplume hits the nail on the head in that regard. Permanent Item lock is very strong, but Vileplume required you to set up a Stage 2 and to play very few Items in your own deck. I love control decks, I love building around cards, and I love Vileplume.

On the flip side, playing against Vileplume also taught me a lot. My local metagame always had an above average amount of Vileplume decks, and having to prepare for Item lock at the Cities/States level, not to mention find ways to play against it, showed me how to play to my outs and how to properly prioritize.

To those of you that know me well, this will come as no surprise that Twins is my favorite card. I enjoyed my time playing Vileplume UD, Accelgor DEX, and Rare Candy, but none of those decks would’ve been as powerful (or playable at all, in some cases) if not for Twins. Twins also rewards you for being behind and tries to let you stabilize the game, whereas a card like N, while ostensibly allowing you to come back into the game, is also very punishing for your opponent.

Twins is also just a fun, challenging card to play with. When Skyla was first released, my friend Brit Pybas said that he thought people were taking the wrong card with Skyla 75% of the time. I wouldn’t be surprised if that number was even higher for Twins. Skill-testing cards are important both for the game itself and for the personal growth of players.

Twins aligns with everything I’ve been saying for the past few cards, I like control decks, I like powerful effects with draw backs, and I like playing from behind. Pokémon Card Laboratory could not have made a more Kenny Wisdom card if they tried.

Time will tell if Teammates will prove to be as powerful as its big sisters Twins, but I definitely went through a period of jamming 4 copies of it into every deck I built.

I hope you all enjoyed a look at some of my favorite cards. More importantly, I hope that you all share yours in the comments of this article, or on Twitter/Facebook using the hashtag #Top8Pokemon. I’m genuinely interested in hearing all of the responses and seeing how Pokémon impacts everyone differently. Thanks for reading. 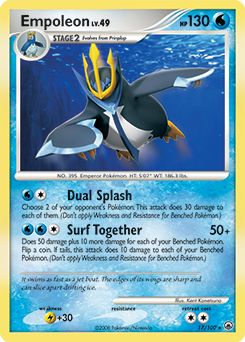