With the release of Roaring Skies, I’ve been taking a look at some fun decks that can take advantage of the new set. Because this column isn’t necessarily focused on tournament play, and because my position as a caster/content creator means that I don’t have all the time in the world to dedicate to actually playing in tournaments, fun decks have been my main outlet for playing, and I thought it would be cool to write about some of them!

This week we’re going to look at one of my favorite decks of this type, Togekiss/Malamar! I don’t think for a second that we’ve seen the last of Togekiss (both in competitive and non-competitive play) but this is the variant I’ve had the most experience with, and the one that sparks my interest the most.

Two caveats before we start: I was originally told of this deck idea by Royce Mapes, a local player. We’re going to go over two iterations of the deck in this article, but the first one you’ll see is heavily based off of his. Secondly, I define a “fun” deck as one that is interesting to play and is capable of doing big things, but is not currently a contender to win serious tournaments.

The basic idea behind the deck is to get a Serene Grace off as early as Turn 1, hopefully attaching 3-4 Energy onto a Malamar-EX. To enable this, you run a thick line of Togekiss ROS 46, multiple Wally, and a whopping 14 D Energy. If you’re lucky and hit 5+ Energy from early Serene Graces, you are unlikely to lose, because at that point you’re only needing to hit 3 heads from 5-6 flips (if you also account for attaching Energy from hand) to score a 1HKO on a Pokémon-EX.

Although testing and matchups aren’t my main concern for a casual deck, it is important to note that Togekiss/Malamar is much better or worse depending on the speed of the deck you’re facing. We struggle against things like Landorus/Lucario/Crobat, which can start dealing major damage as early as Turn 1. The decks we’re good against include any that take more than an Energy to attack, such as Manectric, and EX decks that are incapable of consistently 1HKOing Malamars, such as Virizion/Genesect.

Because we’re playing a Stage 2 line and there are certain cards you absolutely must include, there isn’t a whole lot of room for adjustments here. However, I’ll go over some of the specific card choices, as well as the advantages and disadvantages of this particular build below.

This Togepi has the absolute worst attack of all of the ones available in Standard. However, it is the only Togepi without a Fighting Weakness, which is why we’re playing it. You’re already not great versus Landorus-EX decks, and not even being able to survive a Hammerhead would turn the matchup into an auto-loss.

Similarly to Togepi, this Togetic was chosen because of Weakness and Resistance considerations. Though Togetic PLS resists Fighting, it is also Weak to Lightning, which I feel is an overall worse combination than the Togetic we chose, with Metal Weakness and Darkness Resistance. While you will never attack with this Togetic (because there are no Y Energy in the list), you would almost never want to attack with the Plasma Storm one anyway. It is possible though to play some number of Y Energy, as both Malamar isn’t overly dependent on D Energy.

The main attacker of the deck was chosen because it is the best card to utilize cheating Energy into play. Malamar also gains a little value from its Ability, but be aware that attaching via Serene Grace will not allow you to use Hyper Hypnosis.

This card is one of the main reasons why the deck can exist at all. Because of Togekiss’ Trait, you can begin your first turn with a Togepi in play, Wally it into a Togetic, and then play the Togekiss from your hand to trigger Serene Grace. That may seem unrealistic, but you are playing 4 Togepi, 4 Togekiss, and 2 Wally, so it’s not terribly unlikely.

Additionally, it is important to note that the situation described above has to be done in that order, as Serene Grace will not happen if Togekiss comes into play via Wally. That’s one I learned the hard way.

When you’re running as much Energy as we are, there are bound to be times where you’re stuck with far too many in hand. Putting them back into the deck is the main appeal of Maintenance, though drawing a card isn’t bad either.

This list is only a few cards off from the original, but it does represent a larger change in the philosophy of the deck. We’re no longer hoping for the early Togekiss and having very little in the way of threats if we don’t get lucky. Instead, we’ve increased our number of Yveltal-EX and boosted our consistency so that even if things go wrong, we’ll be able to play a somewhat competitive game.

I’m sure that there is a way of potentially making this even more competitive, but I’m not too interested in a fun deck that is basically just an Yveltal-EX deck with a few Togekiss pieces thrown in. Additionally, I would be wary of cutting down the Togepi line at all, as Togepi is quite fragile and you’re likely going to need multiple Serene Graces to win the game.

This is all I’ve got for today. I hope you enjoyed a look at the more casual side of things. Feel free to let me know if you enjoyed this type of article — it’s certainly something I’d be interested in writing more of.

I’ll be at the upcoming Wisconsin Regional Championship, so feel free to say hi if you see me. Thanks for reading! 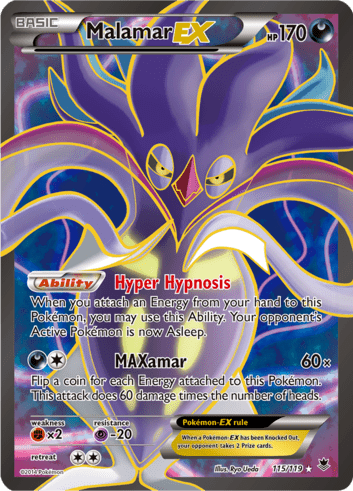