Hello again! It’s getting close to the biggest event of the year and I’m glad to be here to write about what has recently become a staple tradition in the days leading up to US Nationals: fantasy drafting! Fantasy sports have been a phenomenon in popular culture since the early 2000s, but generally the concept is only understood when applied to baseball, basketball, and football. The idea is to select players from a wide range of teams and construct a lineup of your own. Ideally, you score more points and crush your opponent’s own fantasy team.

In this way, a player on a “bad” sports team can be worth a significant chunk of points if their individual performance is strong. Thus, lots of time and research is required to optimally select the right players for the right position. Usually, drafts favor using a “snake draft” format (meaning that picks occur in descending order, but the first and last participants receive two picks in a row to compensate for their position). A participant with the first pick must strategize much differently than the holder of fourth or even sixth pick as a result of their various pick sequences.

I have always been a fan of this concept, and while I personally participate in NFL and NBA fantasy leagues every year, the Pokémon fantasy draft is by far my favorite. Perhaps this is because I know many of the top picks on a personal level, and so I feel the stakes are even higher.

The cool thing about doing this for Pokémon is the lack of need for the complex software used in ESPN groups. All that you really need is a group of friends and a way to organize everything (usually Skype), so if you’re upset about not being invited to participate in a draft, organize one for yourself!

Pokémon, of course, is different from most fantasy drafts in that there are not specific positions to fill. However, that does not preclude the existence of an efficient strategy for finding success. As such, I am going to break down three separate levels of draft choices in order to help you best prepare for success. In each, I will recommend a “safe” pick and a “risky” pick, but in the comments, I would love to hear your own thoughts and pick strategies. I hope you enjoying reading more!

First Round: The Blue Chips

In my opinion, the first round is always the most compelling. Everyone goes for who they perceive to be the best option; as such, players picked in this round are necessarily the hottest players around. Assuming that your draft is utilizing the snake method discussed above, it should not be a surprise that the first picks are always going to look the same. Dylan Bryan and Ryan Sabelhaus are without a doubt the safest picks around, but for those without the luxury of picking high in the order, here are some valuable options that may go overlooked in the initial picks:

It may not be Frankie Friday, but I will journey to Jersey for my first recommendation of the day. Widely known as an incredible player, I still can’t believe that Frank often gets overlooked when it comes to this sort of thing. With some of the most consistent Nationals results around and two byes from winning Alberta Regionals this year, I recommend Frank for your first pick if presented the opportunity.

Ross, of course, is known as one of the best players of all time for good reason. His decks are always crazy and innovative, and though he may not have any byes this year, I still believe that the X-Files enthusiast warrants a first round pick. I label him as a risk only because you never know what kind of deck he’s going to play! Usually, his creativity finds a way to shine, but sometimes the format simply bars The Truth from being found. Ross is an excellent player, but putting your draft in the hands of a person who willingly played a Garchomp DRX 90 deck a few years back is indisputably a risk.

Second Round: The Sleepers

After the first wave of picks, most of the biggest names in the game will likely have been taken. However, this is far from paramount to the notion that all great players will be gone! As mentioned above, I do believe that the first round is the most exciting, but I believe the real value of a draft typically comes from some of the later picks. It is your opportunity to put your faith in players that do not receive the entire spotlight. If lucky, you will have free reign to pick up these players from the second round all the way through the middle of the draft. Let’s see who I went with here!

Alex is a great, consistent player who started off the season strong with a Top 4 finish at Fall Regionals and carried the momentum throughout the season, finishing with a bang by taking home Ontario Regionals in the Spring. In general, I find that Alex is able to make great metagame calls (winning Ontario Provincials in 2014 with Trevenant XY/Accelgor DEX in a format full of Virizion-EX/Genesect-EX — talk about guts!) with the help of his Poliswag teammates, and believe that he is a well worth your consideration. He could be an absolute steal if you are able to pick him up.

It is possible that I am biased in this decision since Kyle is from my very own Springfield, MO and has been playing as long as I have — though he was a first-year Senior in those beginning days. This is just his second year in Masters, and frankly, he has been on a tear all year. Obtaining almost all of his Points by playing Yveltal-EX decks exclusively, Kyle shook things up with his Seismitoad-EX/Aromatisse XY deck at Wisconsin Regionals.

I have admittedly been skeptical of him as a player before, but that deck should have won the tournament and highlights his abilities. Without any byes or notable performances before this season, Kyle may be a risk, but my recommendation surely should lift some of that weight off his shoulders.

The dark horse spot goes out to players that will likely remain available until the very end. For this reason, I want to highlight some players that are receiving almost no attention! Of course, the players found below will be more subjective selections than any of my other recommendations so far, but hopefully I capably convey my faith in these players as solid choices.

Like Frank (and hailing from the same general area), Jimmy is a player that almost everyone understands as being incredibly good, but generally lacks the recognition he deserves. I have always found his deck choices to be of the utmost quality, and he is one of very few players whose lists I would play card-for-card without hesitation. From the drafts I have observed so far, Jimmy appears to be entirely overlooked, and such an occurrence is a travesty!

Historically, Brad has done very well at a plethora of different events, with a State Championship, Regional Championship, and two Top 16 finishes at US Nationals under his belt. Recently though, his consistency is mostly derived from the fact that he always places second or is always the first to lose in top eight. As such, I find him to be a risk, but he is a solid choice that will go late, if at all, in your draft.

Thus far, my discussion of drafting has been strictly focused on the traditional snake draft format. It goes without saying that I also need to mention the official 6P draft that is also taking place this year; however, it is using different format than the one talked about so far. Instead of drafting in a group, everyone can participate in this one independently. You go about assembling your team by using your $1,500 budget to ‘buy’ players that correspond to a dollar amount. For more details, please head over to:

To see more of my drafting opinions, I will post my official submission to this competition below:

Drafting myself is likely the biggest mistake here, but hopefully it’s the motivation I need in prepping myself for the event. I am narrowly holding onto to a spot for Day 2 of Worlds, and I will be very disappointed if I can’t hold onto it! Hopefully you’ve enjoyed reading my opinions on fantasy drafts today. These types of articles are an absolute blast to write and a great break from my lengthier Underground pieces. I look forward to writing again and seeing everyone in Indianapolis in a few weeks! 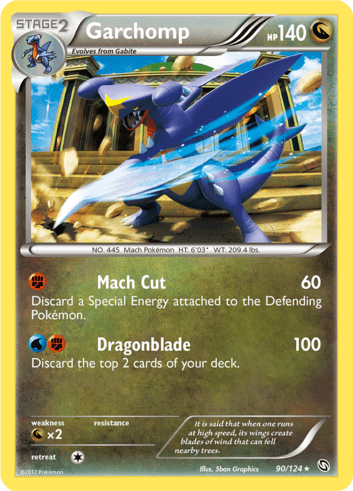