Hey everyone! After a short hiatus for finals week, Worlds, and recovering from Worlds, I’m back writing every Wednesday. I apologize for the absence and thank everyone who tweeted/emailed/posted asking where my articles were. Rest assured that this kind of lapse in publishing won’t be a regular occurrence.

This week we’re going to talk about my Worlds 2015 experience. Because I didn’t play in any event bigger than a Cities this year, I didn’t qualify for the main event. That being said, there’s a lot more to Worlds than just the tournament itself, so I’m hoping that you all can find something that interests you in this article. For the sake of organization, I’ll break down my escapades by day.

I always like to plan my flights to be overnight, or otherwise to allow me to land in my destination city sometime in the morning local time. This is because I have no trouble sleeping on flights, and sleeping on a flight is basically time travel. For Worlds, I had booked a flight that left Seattle at 9:00 PM and landed in Boston around 8:00 AM. Perfect! That would allow me roughly eight hours of sleep, and I would be more or less adjusted to the time zone difference.

As luck would have it, this is the first flight in my life that I haven’t been able to sleep on. I don’t know why, but I just couldn’t sleep a wink. If I believed in karma, I’d think it was because I’d left this terribly rude message on Crimz’s status just hours earlier …

At this point, I had only one option: try and convince the hotel staff to let me into the room earlier, even though I wasn’t on any paperwork for the room. Additionally, my debit card had been closed by my bank when I tried to buy a lemonade at the airport, so I also had to do so without putting any form of payment on the room (even when you win a room, as Chase did, the hotel requires a credit card for incidentals, room service, and the like).

Thankfully, due to my silver tongue and bloodshot eyes, I was able to convince the hotel staff person, David, to check me into the room early. Unfortunately, early still meant several hours into the future, so I was stuck sleeping on a chair in a Starbucks until then. The Pokémon life truly is glamorous.

Huge thanks to Marcus Raj for allowing me to nap in his room, and a huge anti-shout-out to Jacob Van Wagner and Harrison Leven for waking me up 45 minutes into that nap for literally no reason.

Eventually, I was allowed to check into the room, and Jacob, Dustin Zimmerman, Clifton Goh, and myself all went to a lovely Indian place called Boston Indian Kitchen for a dinner of chicken tikka masala and garlic naan.

I try to take at least a day during every Worlds trip to explore the city a bit and spend some time outside of the convention center. For Boston, this meant taking a visit to the New England Aquarium, and of course, attending a Boston Red Sox game at Fenway Park.

Unfortunately, my phone was dead for most of the aquarium trip, so I didn’t take any photos. It was definitely a nice aquarium though, featuring the normal critters you would expect, as well as a boatload of penguins and, for some reason, an anaconda*.

(*Note: There was never any proof of this anaconda. According to Jacob, there was a sign advertising its presence, but none of the staff had any idea where it was, and none of the rest of the group pictured above saw the sign.)

The Red Sox game was absolutely incredible. I’m not one for sports, but the enthusiasm of the other people I was with, plus the fact that Fenway Park is such a historic stadium, really made the night feel special.

One additional note about Boston: There are Dunkin’ Donuts absolutely everywhere. Roughly with the same frequency as there are Starbucks in Seattle. It was astounding. Also, due to the food court in the venue’s mall being under construction, I ate there for breakfast every single day. I fear I would not be alive today if not for the chicken bacon pretzel roll and frozen Arnold Palmer.

Although Chase had managed to secure a Day 2 invite via his ranking as the #1 player in North America, for everyone else in the room (Trevore Read, Dustin Zimmerman, Travis Nunlist, Jacob Van Wagner, Clifton Goh) today was the big day.

Friday wasn’t too eventful for me, as I mainly slept in and then spent most of the afternoon debating if I wanted to wait in an hour-long line to play Pokkén Tournament (spoiler: I didn’t), but I was happy that most of our team/room managed to move onto the second day of competition. For anyone interested, here were the final results …

I spent most of the evening listening to Brit Pybas and Dustin Zimmerman discuss Dustin’s Metal list, which they would both play for Day 2, and I would play in the Boston Open. For those curious, the list we ended up playing was as follows …

For me, today was the big day! I had registered for the Boston Open, and was excited to play my first major tournament in almost two years. After writing out my decklist and heading down to the event, I was ready to battle!

This is where I should say that the Boston Open was one of the most poorly run tournaments I’ve ever attended. Here is a brief list of my issues with the event:

I don’t post any of this to whine about my experience, but rather to give TPCi feedback and let them know that, should a tournament of this size be run at Worlds again, there probably need to be some changes. I understand that there are a lot of moving parts to an event like this, and it was the first of its kind, so I’m willing to cut it some slack. I know that TO’s and judges have an incredibly difficult job and I don’t blame any individual staff member, but I do hope that things are improved upon next year.

I ended up dropping from the event at 4-1-1 to watch Jacob play his Top 8 match. I wish I had been able to play out my final round and earned some Championship Points, but I’ll take watching one of my best friends made the semi-finals of the World Championship over the slim chance at earning some Points any day.

As you all know by now, Jacob ended up making the finals of the event, which was absolutely amazing to watch. I was lucky enough to witness his wins in the Top 8 and Top 4 surrounded by a bunch of our friends, teammates, and fellow Hovercats, an experience I’ll never forget.

Today, we got to witness Jacob become World Champion. I’ve experienced a close friend winning Worlds once before, with David Cohen’s win over Ross in San Diego in 2011. It felt just as amazing now as it did then. Being surrounded by dozens of my friends, all cheering for another one of our friends accomplishing the ultimate success one can have in Pokémon is amazing, and one of the things that makes Worlds so special.

After Jacob won, several hours went by while he finished up paperwork and the VGC tournament concluded. The best part of these hours was coming up with “Jacob’s Ace in the Hole” as the top name for Jacob’s Worlds deck, a name that, if there is any justice in this world, will be in a Target near you this autumn.

If you haven’t guessed by now, this Worlds was awesome, as they all are. I highly recommend all of you try your hardest to attend Worlds 2016, even if you don’t qualify or you’ve never been before. Every single year Worlds reminds me how important this game is to me and how amazing and inspiring this community can be. I’ll see you all in San Francisco. 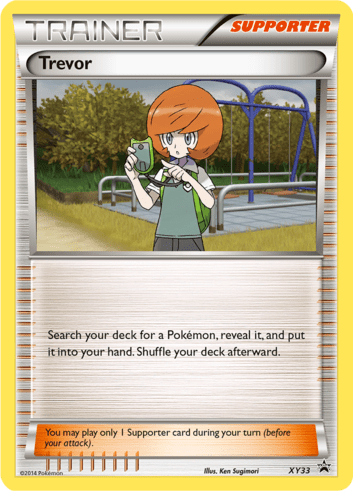