Hey guys! Today we’re going to talk about two separate topics. First, we’re going to dive into what I feel is the best and most efficient way of organizing a collection of cards. Next, I’m going to answer a few questions posed by friends and readers on social media and email. We’ve got a lot to cover, so let’s get right to it!

Most of you reading this article maintain some sort of collection. Whether it’s just a few Standard staples or a playset of everything since 2004, Pokémon players own some amount of cards and with that comes the need to organize them. The goal of this article is to explain why proper storage and organization is important, and give a few handy tips on how to best store your cards.

Firstly, I think organization is incredibly important. I’m someone who tries to organize and structure all aspects of my life to save myself the most time and frustration possible. I find that, for a lot of people, cards are a constant inconvenience, but I’m here to tell you they don’t have to be! While it may seem like a daunting task up front, properly organizing your cards will save you a lot of time and anguish in the long run, especially if you’re someone who likes to build multiple decks at a time, and therefore has a lot of different cards being put in a lot of different places.

Here is the basic rundown of how my cards are organized. Note that some of these tips won’t apply if you have a significantly larger or smaller connection, but I believe they are all relevant ideas that can benefit every player in some way.

1. I wholeheartedly believe that the best way to store cards is in a cardboard storage box, like those produced by BCW. While a binder may be a better way to store cards for display or trading purposes, I generally find that they’re lacking in efficiency, both in design and cost, to be a truly effective means of organizing a large collection.

2. There should be some order to your cards. Personally, I have a cardboard box that houses all of my Trainers and Common/Uncommon/Rare Pokémon. The Pokémon are organized alphabetically. The Trainers are separated into two sections: Items/Stadiums and Supporters. Dividing your Trainers in this method isn’t completely necessary, but there are so many Trainers in the format that I feel it’s much easier to find a specific Supporter if it’s in a completely different section.

3. My Energy and EXs are in a separate, smaller box (though the size doesn’t actually matter — you may own more or less than I do). They’re separated by a divider, and are each stored alphabetically.

4. I keep a 1,000-count cardboard box of bulk. I accumulate a reasonable amount of bulk, and storing it in a 1,000-count box is most efficient for selling. Typically, when I notice the box is getting full, I just organize the cards by rarity, wrap the box in paper, and ship it to whichever web store is offering the best rates.

5. However, I don’t consider everything to be bulk. If I’ve collected more than four of a card, I put it into a “Loose Staples” box, which is just what it sounds like: extra staples that a new player, or someone lacking cards, might need. This box mostly consists of things like Ultra Ball, Switch, and the like, but it has come in handy more than once.

6. I would recommend sleeving every card you own. While this may seem daunting, penny sleeves are cheap, and there are ways to streamline the process. For instance, all of my Common, Uncommon, and Rare cards are sleeved by playset. This is beneficial not only to save on sleeves, but to help you make sure none of your cards are missing, and be able to pull cards out in the most effective way. Note that I do store my EXs and other valuable cards in one sleeve each, to try and ensure they stay in decent condition.

As you can tell above, I only keep four of any given card. Once I’ve collected more than that, they either get sold, or thrown in the bulk/loose staples box — whichever I feel they belong to. I understand that not everyone can only keep a single playset of cards, as some of you out there build decks for multiple people or otherwise want to have multiple playsets. While that is totally reasonable, I do suggest that you set a limit, as I feel that limiting your collection as much is possible is a huge help in keeping organized.

I’d also like to add that the single most important tip to staying organized is to stay on top of it. The reason that players collections get disorganized in the first place is because they find it too difficult to put that bulk away after opening their Cities packs, or they don’t feel like sorting the deck they just took apart just yet. While each of these instances may seem small, they all add up into making your collection impossible to navigate.

Q: Where is Medicham’s place in the Standard and Expanded format?
—DatPiplup

KW: I don’t think that Medicham is very viable right now. I never thought the deck was super good, and from what I tell it hasn’t gained much from the rotation, and I’m not sure much has changed in Expanded. I will say that Standard seems to generally be slower right now, and there are likely to be more low-HP Pokémon floating around, so that potentially could give Medicham a leg up. It’s definitely something worth testing, but I wouldn’t get my hopes up.

Q: If you could remove one card and add one card to Expanded, what would they be?
—@lmwlms

KW: As far as cards I’d like to add, I would love to see Smeargle UD back in the format. It may have too low of HP to actually do anything, but given how prominent low-HP cards like Zubat PLS 53 and Wobbuffet PHF are, I think it would be fine. Smeargle is one of the most perfect cards ever printed because it’s powerful and helps to smooth out poor draws and ensure that both players get to play Pokémon.

Coming up with a card to remove is a lot harder. I would like to see Seismitoad-EX removed, not because it’s too powerful, but because I think it would be interesting to see how the format would develop without its presence. Similarly, Battle Compressor has had a huge impact on both Expanded and Standard, so much so that a world without it would be very different from what we have now.

Q: How would you make the PTCGO leaderboards relevant?
—@lmwlms

KW: I think the only way to make them relevant is to attach some sort of prizing to them. In-game prizing would be fine, but I’m a pretty big fan of the current Versus Rewards system, which just rewards prizes based on total number of wins and losses throughout the month. I could see attaching non-PTCGO prizing to the leaderboards, but I think they would have to be significantly retooled for that to work.

Overall, I think I would just leave them be. If I’m forced to make a change though, I would just make Versus Rewards like an actual ladder, and fold that into the leaderboards, à la Hearthstone.

KW: I’ve written about this before, but my favorite card is Twins. Because I’ve answered this so many times, I thought I would spice this question up and answer some more specific questions.

Q: What is the future of On The Bubble?
—Drock

KW: I can’t talk too much about this just quite yet, but as of now the plan is for me to play the season competitively, scale back on streaming, and increase weekly YouTube content by a whole lot. This will mean more competitive focused content, fewer live streams, and overall more content/videos in general. I know that’s vague, but I assure you there will be more information in the coming weeks, and I think a lot of it is worth getting excited over.

Q: Which players are the best in the game right now?
—Eric G.

KW: There’s no doubt that Jason Klaczynski is the GOAT. Three World Championships and a US National title is just too much to compete with.

From there, it’s a steep decline. I personally think that Ross Cawthon, Chase Moloney, Sam Chen, and Igor Costa round out the top 5. Note that this is more based on personal experience in watching them play and talking with them about the game, rather than tournament performance.

This question is a lot harder to answer if you go back a few years, before Jason had a third World Championship under his belt, and before players like Kyle Sucevich, Chris Fulop, and Jay Hornung retired.

Q: What is an average day in your life like?
—JimmyP

KW: I’m currently working part time at a local nonprofit while in school full time studying communications, so each day is a little different. I do, however, have some traditions that I stick to pretty much every day, such as eating a banana for breakfast, showering every night before I go to sleep, and trying to spend a certain percentage of each day outside, reading, or engaging in some other activity that doesn’t require the Internet.

Thank you all so much for your questions — we’ll do another mailbag soon! Make sure to leave your card storage tips in the comments. 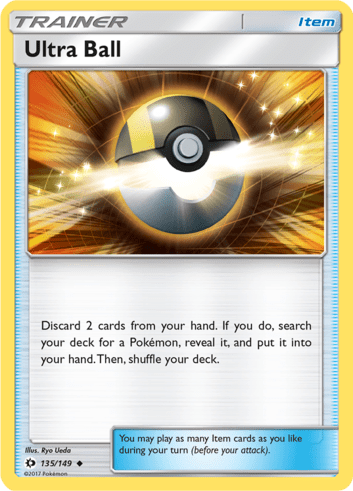