Hey guys! I’m back with another article and this time I will be recapping my City Championships experience. This is my second year of the Cities grind and I ended up coming out with almost the exact same number of Championship Points as last year.

Let’s not hesitate to get into the first event since we have a lot to go through!

Pretty standard outside of the 2 Parallel City; I wanted an answer to Tyrantrum mainly.

The deck ran solid until the finals … Game 1 consisted of my Manectric with an Energy attached getting KO’d on his T2, and the game basically ended there. Game 2 things went well — I hit the T2 Turbo Bolt and won pretty quickly. In Game 3 I whiffed a T1 Energy attachment and drew less than optimally the rest of the game. I tried going for a Lysandre to attempt a deck-out, but he had his last Energy to win.

The night before the tournament I saw that this deck won a Cities in Massachusetts. I quickly built a list that was the final result. Israel Sosa sent me a Yveltal/Regirock list that night but I quickly decided that it needed a Zoroark line. I trimmed down some counts, then included a 2-2 line and 3 Float Stone.

I wanted an answer to Manectric decks, so I put in Enhanced Hammer + Xerosic to remove any Flash Energy so my Regirock could hit them for Weakness. Parallel City was originally a 1-of and 2 Silent Lab replaced it, but I saw a few Sceptile in the room and I felt I needed something to give me a chance. It helped also with discarding unneeded Shaymin on my board.

Deck ran well, really well. None of my matches were very close, besides maybe the last game of the finals where I prized my second Yveltal-EX, but I ran him out of DDE. The combination of Parallel City, Enhanced Hammer, and Zoroark when Parallel City would just help them by discarding Lysandre bait such as Shaymin and not disrupting at all.

I saw no reason to move away from the deck. I cut a Parallel City for a Zoroark BREAK because I finally had one. It was also my birthday!

Three rounds … yay … we were one player shy of a Top 4 cut. The closest game of the day was Night March — it came down in the end if he could Lysandre my Zorua but he couldn’t. I Lysandre’d his Shaymin then evolved into Zoroark then took my last 2 Prizes. The last round ID’ing meant I was guaranteed first, no matter how good of a matchup it was. I decided to take the guarantee rather than risking dead-draws.

The last Standard Cities. I decided to roll with the same deck since I hadn’t lost a game with it yet.

The first round I had an option to Sky Return a Feebas. I decided to attach to a Benched Yveltal and Sycamore hoping to get a Float Stone instead — but I missed. That was enough to push me back to a first-round loss. In Top 4 I had to play against Patrick. Game 1 I whiffed a Float Stone off a Sycamore and that basically ended the game. Game 2 I hit every Energy disruption card possible and I don’t think he attacked once. Game 3 Patrick whiffed out on everything possible while I drew amazingly. The finals consisted of just Baby Yveltal and Zoroark in play, and it panned out fine. Three wins in a row.

I chose to take the second list in Andew Wamboldt’s article but I dropped a Muscle Band for a 7th Darkness and a Yveltal XY for a Hex Maniac.

Yuck, 2-2. Round 1 I was forced to Lysandre a Keldeo and use Hypnotoxic Laser (resulting in a heads) because of my awful hand. He flipped heads on the Sleep check, then N’d. He ended up getting the necessary cards to get out of the Active then use Quaking Punch. My hand consisted of six Items, and I kept drawing into more Items. I lost pretty quickly.

Round 2 was full of salt. I whiffed Archeops while he made questionable plays the whole game. I had to Juniper away 2 VS Seeker while having to use another early game. Toward the end of the game I have a Colress for 8 with about a 12-card deck. I need DCE/Muscle Band/Dark Patch. I have 3 Trainers’ Mail still left as well. I whiff the DCE then Trainers’ Mail to see three sitting there. I lose the next turn.

I was considering playing Seismitoad/Crobat, but saw a Mega Sceptile, a Virizion/Genesect, and a Seismitoad/Giratina deck. Nope. I switched to Flareon/Vespiquen at the last moment.

Needless to say I was mad. I drew pretty badly versus Night March and I prized 2 Flareon and 2 VS Seeker. If I would have got a Flareon off of KOing a Mew-EX the turn after I would have used Hex Maniac then KO’d his Joltik leading to no Night Marchers with a DCE attached. I would have Lysandre’d his Mew the following turn then won. Versus Vileplume/Regice I went first then got some Pokémon in the discard. It was too much for him to keep up.

Meanwhile my R1 opponent went 0-3 — if he would have won his last round, it would have bumped my resistance up and bumped my last round opponent’s resistance down resulting in a 1st place for me. Of course I could have avoided this by just going 3-0 …

Never … lucky? I prized both my Blastoise in Game 2 of the finals. Game 3 I had to manually power up two Articuno and the last one when I finally got out Blastoise I hit three straight tails then after Victory Star I hit two more tails. So much for that lucky 6P die.

I took a departure from Alex Hill’s list this time, mainly because I thought Acro Bike to be superior to Unown after playing in a tournament using Unown.

Yeah, this just wasn’t my day. My hand after Archie’s in the first game was 4 Water and a VS Seeker. I had to pull out an Articuno from my discard just to draw cards. To make matters worse I missed a crucial 2nd heads on Tri Edge to KO a Keldeo and take 3 Prizes. After I missed that, consecutive Hex Maniac came from my opponent and it was game over.

The third round I started with Juniper and 3 Superior Energy Retrieval, but still was looking to be favored in the game. I Hex’d for two consecutive turns, but after he almost manually powered up Keldeo, I had to Lysandre because he had previously put 110 damage on with Sacred Sword and I was unable to get Rough Seas. He then powered up a Regice and N’d me into trash. It was over from there.

Another 2nd place! The fourth round was very close, but I ended up coming out on top. The second game of Top 4 I got donked so it wasn’t very legitimate. The finals consisted of a no-Supporter Game 1, and playing 2 Supporters too late in Game 3.

I ended up winning the exact same amount of City Championships as last year (three) and coming out with 190 CP, leaving me at 420 with Worlds points. It’s heartbreaking to lose in the finals three times to solid matchups, but that’s Pokémon for you. I would like to thank Christopher Schemanske for discussing possible plays/helping with my decklists, as well as my friends Michael Stromp and Harrison Ing for being my rides to a few events/talking a lot. Good stuff to John D’Alotto as well for testing and talking daily.

See you in a month with hopefully a 1st place Regionals report, 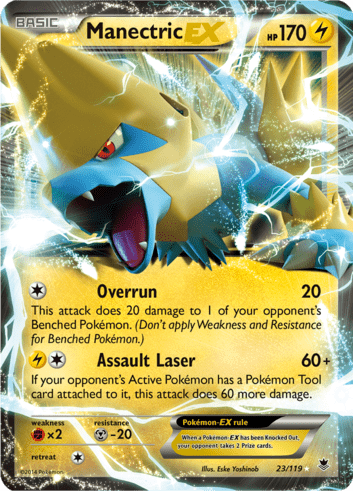