Hey guys! I’m back with another tournament report. This time, I finally did well at a major event! I made Top 32 at US Nationals with Night March, something I’ll get into in a little bit. First, I will discuss the hours leading up to this great event.

With a long day of traveling ahead, I woke up at around 4 AM and had to be at the airport around 5 AM to allow extra time in case security lines were long. The flight departed from Lindbergh Field at around 6:30 AM and headed to Denver for a layover since Southwest didn’t have any direct flights to Columbus. Each flight was around two hours long, which isn’t terrible, but got worse with layovers.

My mom and I made it to Columbus at around 3 PM, and my friend Dominic was waiting there to take us to our hotel from the airport. When we arrived to the Hyatt, we checked in and I had a quick sandwich, eager to walk down to the GCCC (Greater Columbus Convention Center).

When I got there, I walked back and forth between the main parts of the convention center searching for John D’Alotto and Christopher Schemanske. After messaging John, he had went to the lobby; Dominic and I soon followed. We played some games and then decided to grab some food at the North Market.

There, we met up with Christopher and discussed lots of different decks. John and I were pretty confident in playing Night March with Maxie’s. Christopher, who we found at the picnic tables, told us about a few decks he had seen and considered. This is when we first discovered the Zygarde/Vileplume deck.

After eating, we decided to go back to the lobby at the Hyatt to start testing. I thought Zygarde sounded really cool the way Christopher was hyping it up, but he told me to just play Night March and not mess with random things that I haven’t played a game with.

Dominic and I played a few Night March vs. Waterbox games and it seemed to have the feel of “get out Marowak or you’re gonna have a bad time.” Marowak wasn’t very reliable, but I felt at that time that a Night March list without Vespiquen would be better to play more rounds with than a Night March with Vespiquen.

I went back to my room around 9:45 PM, wrote out a few decklists, sleeved up Night March into Lucario Prerelease sleeves, then went off to bed.

I forgot to write down the Stadiums for my list, so it was a good thing I double-checked and caught that at the Players Meeting …

The day started out pretty bad with North Market not opening till 9 AM, meaning I couldn’t eat breakfast. I had a granola bar, then went over to the convention center. I had two byes from Arizona Regionals from the fall, so I didn’t have to play the first two rounds.

Round 3 vs. David Modory w/ Waterbox

Game 1 I have a very good start, KOing an EX on my first turn. A bit later in the game he put a Fighting Fury Belt on his Seismitoad, but he N’d me into DCE and Xerosic. He couldn’t recover from that and scooped.

Game 2 I have a great turn 1. I need three of my four Night Marchers into the discard pile plus a Startling Megaphone to get the KO. I decide to play safer in fear of him running me out of attackers with Seismitoad. He ended up being able to set up another Toad and it got out of hand for me. Should’ve gone for the gold.

There wasn’t enough time left to finish Game 3; we tied.

Round 4 vs. Justin Hendershot w/ Metal

These games were pretty bad. Game 1 I draw nothing and lose quickly. Game 2 I get a very explosive turn and use Hex Maniac to KO an Aegislash and he can’t recover. Game 3 he draws nothing but Bronzor so I win in a few turns.

Game 2 I try to hurry up and win quickly because he wasn’t drawing that well.

Game 3 we don’t have enough time to finish but I believe I would’ve won if I had a few more turns. I had 2 Prizes left to his 5.

These two games went by quickly. I drew well while he didn’t, plus a few misplays on his part played a factor.

Oh, this is interesting.

Game 1 I get the better start and it comes down to an N to 1, which I draw out of.

Game 2 he is forced to use two of his Puzzle of Time turn 1 because of a Sycamore. I end up running him out of DCE at the end by drawing Ultra Ball off an N to 2 for a Shaymin to grab my Xerosic.

Round 8 vs. Emily Cheng w/ Medicham

I was told by John D’Alotto that this matchup was easily winnable; I just needed to conserve Startling Megaphone and Puzzle of Time to get rid of Focus Sash.

Game 1 I have an amazing start, and she was unable to attack with Medicham even once because of Lysandre.

Game 2 I have a great start again, but she draws pretty well and sets up a Medicham. I have a combo to KO, but I misplay by forgetting to VS Seeker for Xerosic to knock off a Focus Sash. I lose Game 2 because of it.

Game 3 I get very fortunate, and donk her lone Meditite.

Decided to play it out. A tie didn’t do too much to my chances for Top 8, while a win would greatly help my cause.

Both games come down to N’s to 1, which I drew badly off of and he drew well.

Anyway, after the standings went up, my mom and I quickly walked back to our hotel. I finally ate, which was nice. We watched the fireworks show on TV as well as talked to a few family members about my success.

I woke up, and ate some pancakes from the food court which my mom discovered the night before. I walked down to the convention center afterward. Christopher texted and notified me that I was up against Jon Eng, which would be another Night March mirror.

Game 1 we both start out pretty bad. As Jon said: “It seems our decks aren’t working like they are supposed to.” We both eventually draw out of it, and I take the lead. Toward the end of the game I play 2 Puzzle of Time, and I forget to grab Lysandre and Target Whistle. That would have won me the game right there. Instead, I grab N and a Double Colorless to ensure I would win next turn. I do end up winning the next turn since Jon had 2 Prizes left, but it’s worth noting that I should’ve won the turn before.

Game 2 I take another lead, but my deck isn’t thinned out much. Time was just called, so he has to win to force the tie. He N’s me to 1. First card is a Fighting Fury Belt. I draw for the turn …

Yay, finally an easy matchup. Or so I thought.

Going into the match I thought he was playing Night March/Vespiquen so I decided to go second. Guess I was wrong when he flipped over a Rayquaza-EX. He gets down a Jolteon with a L Energy. I fail to get the KO on his Rayquaza, then he uses Flash Ray. My deck sorta died on me from then on forward. He hit everything. I didn’t.

Game 2 I fail to get down another Basic after using N and 2 Trainers’ Mail. Ugh.

Round 12 vs. Max Overdest w/ Waterbox

Game 1 I whiff everything but still play it out because I have outs to win. I hit none of them, so I lose with little time left.

Game 2 I get the dream: he starts lone Hoopa, and passes. I get the KO.

At this point I think the game will end in a tie, I keep waiting, waiting, and waiting. Nope, I dead-draw thanks to Seismitoad and lose.

Round 13 vs. Luke Smith w/ Darkrai/Giratina

Finally, I hit a decent matchup.

Things go decent Game 1 — I get T1 Marowak. Once I got down to 2 Prizes, I got an insane turn using a double Puzzle of Time and a Startling Megaphone to take the game.

Game 2 he has an awful first turn, while I hit Maxie’s for a Marowak. He topdecks a Sycamore, then proceeds to get triple Max Elixir, a Double Dragon, Float Stone, and Garbodor. There goes the hope of that game …

Game 3 I hit Marowak again but not the pieces necessary to get a KO on a Belted Giratina/Darkrai.

Round 14 vs. Lawrence Xu w/ Medicham

I constantly whiff KOs both games, so I scoop.

I would’ve loved to make Top 8, but it just wasn’t my day.

After they handed out prizes and got our email for the travel stipend, I went and watched the stream games for a while. I eagerly awaited Patrick Martinez’s Top 8 match.

Pokken was going on for the main stream, and it was pretty funny; especially this moment. When they finally started Seniors, Kenny Briton and I watched. Patrick took care of business with a 2-0. I stayed a bit longer to watch the other two Senior matches and the Juniors finals.

The weekend had ended too quickly. Nevertheless, it was an amazing weekend. I got to see so many friends, and finally cut a big level tournament. Hopefully I can follow up with a good placing at Worlds to finish out Seniors. I played in a few side events and watched the finals of Masters.

Thanks for reading if you stuck around through my rants.

As I am typing, I am officially in the Masters Division, so watch out next year!

Christopher Schemanske, John D’Alotto, and Dominic Bargardi for so much help. I wouldn’t have made Top 32 or had as much success as I’ve had this season without you guys.

My family/mom for making this trip work. I thought I wasn’t going to make it to Nationals at the start of this season. 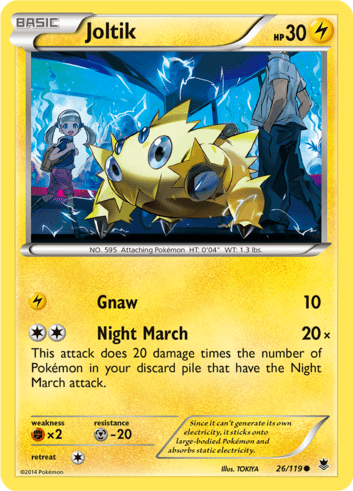