Hi SixPrizes! Joe here with another article. Anaheim Regionals is on the horizon, and many people are a bit confused about what to make of the upcoming Sun & Moon set (which will be legal for the tournament). I (and a number of my friends) have been growing disinterested with the seemingly never-changing state of the game. To combat these blues, we came up with a few “fun” decks that might be different enough to have potential, and they’ve definitely been sufficient to rekindle my interest for the moment.

Umbreon-GX is one of the main cards people have noticed, and for good reason! Umbreon has very good typing, identical to that of Darkrai-EX. It has Resistance to Psychic, which is helpful against decks like Mega Mewtwo and Mega Gardevoir. It also has a good Weakness — Fighting — which isn’t very popular right now. Umbreon-GX’s attack is very similar to Darkrai-EX DEX’s Night Spear, doing 90 damage to the Active and 30 damage to one of your opponent’s Benched Pokémon, although instead costing of 2 D Energy and 1 Colorless, it costs only 1 D Energy and 2 Colorless.

We threw around ideas such as Espeon-GX and Rainbow Energy to counter decks like Mega Mewtwo, and Yveltal XY and Yveltal-EX for utility, but we found those attackers to be generally useless.

These are more obvious inclusions in this deck, as they allow you to hit for Weakness on a number of popular Pokémon. Jolteon is helpful against Yveltal-EX, making it possible for you to 1-shot with a Professor Kukui. Vaporeon is included for the Volcanion matchup. Lastly, we included Flareon for all the new Grass-types being released, such as Lurantis-GX and Decidueye-GX.

This card is one of the most important cards in the deck, but we use it predominantly for … its Ability? (Though its attack is incredibly good.) We use Yveltal because it makes it so you can attach a Bursting Balloon to your Umbreon-GX, Strafe, and put Yveltal in the Active so that your Bursting Balloon stays on, keeping the Umbreon reasonably safe.

This card has been very clutch; not only does it allow you to do more damage, but it adds another draw Supporter to the deck. The math with Professor Kukui is very good against things like Yveltal with a Fury Belt and Mega Rayquaza when we have our Jolteon in play which allows us to 1-shot them with Umbreon. It also helps against Mega decks in general, allowing us to secure a 2-shot.

Escape Rope is our main switching card. It allows us to spread damage on the field by having our opponent switch into things that he or she doesn’t want to put Active. The reason we play these cards and no Float Stone is because you can’t attach Float Stones to Yveltal BKT for effect. You need to be able to switch Yveltal out after you Strafe into it, and with 4 cards to do so you should be able to pull that off a majority of the time.

This deck doesn’t like 3-shotting things — especially Mega Gardevoir because of its Resistance to Dark — because in this format you can get easily overwhelmed, and not have time to set up another Umbreon. Faded Town allows us to swing any Mega Pokémon matchup not named Rayquaza into a favorable affair.

Against Volcanion the strategy is pretty linear: get out Vaporeon. Once Vaporeon is out you can set up 1-shots on their Volcanion-EX without them being able to 1-shot you back as easily.

This is probably my personal favorite deck that comes out of Sun & Moon. What I love so much about this deck is that it 2-shots everything for minimal resource investment. Passimian’s attack, Team Play, does a base damage of 10, but adds 30 more for each Passimian on your Bench. This results in a reasonable damage output, whittling your opponent down. Trading well with minimal resource investment is always strong, and this deck is no exception.

Mew is our main attacker in the deck, as it allows us to have all 4 Passimian on the Bench. That means that we are doing 130 damage, every turn, for just a single DCE. The free retreat is a great addition, and gives us some added flexibility if we should ever need it.

Oranguru is included because we realized that this deck’s worst enemy is N. Oranguru makes it so the dreaded N to 1 (or 2, which is a very common occurrence) is much less painful.

Teammates is the MVP of this deck, so much so that we bumped the standard count of 1 to 2. Playing Teammates allows for the efficient use of Puzzle of Time and generally keeps the deck flowing smoothly throughout the game.

This originally was our answer to Garbodor. We immediately realized that not only is this card good against Garbodor, but it helps you surge ahead in the Prize trade.gusting up Shaymin-EX and Hoopa-EX, since you hit Weakness with Mew, is crucial in keeping pace with your opponent.

This matchup is very good for Passimian since you are hitting Weakness on their Darkrai-EX and their only non-Fighting-weak Pokémon is baby Yveltal which we can 1-shot with Mew. Since we are very consistent at 1-shotting every Pokémon in their deck, they therefore have a very hard time keeping Energies on the field and doing enough damage to keep up in the game.

This matchup is super dependent on how fast Volcanion is able to set up. A quick setup will enable Volcanion to be able to 1-shot your Mews and breeze past you in the Prize trade. Whoever benches the least amount of Shaymins in this matchup usually ends up winning.

Mega Ray is a very close matchup. They are able to 1-shot your Pokémon on turn 1, but one of their biggest drawbacks is that they usually have to Bench a handful of Shaymin and Hoopa in order to set up.

ebay.comWe, like many other people, picked out the new Lurantis-GX when we first saw it. Lurantis-GX at first glance “looks” good. Its combination of very strong attacks and high HP make it a formidable foe. Its first attack is the one we use most. Flower Supply, for a single G Energy, does 40 damage and attaches 2 basic Energy from the discard onto your Pokémon in any way you like. Its second attack, Solar Blade, is also important. It does 120 damage for 2 Grass and 1 Colorless which 1-shots a Shaymin. Its GX attack, Choloroscythe, for a single G Energy does 50 damage times the number of G Energies attached it. The matchups for Lurantis might draw you away from this deck. It currently does not fit perfectly in the format but as the meta shifts this deck is sure to see some play; it shows great potential.

We explored a number of variants such as Lurantis with Vileplume, which was clunky and lackluster. We also tried Lurantis with Garbodor, but realized that Garbodor is nearly useless. We then decided to go with the most consistent list possible:

These Pokémon are in the deck as side attackers, since you can’t always attack with Lurantis. Trevenant-EX and Lugia-EX give the deck some more options which is important; 40 damage per turn from Power Supply is laughable when HP is as high as it is now.

Even though I already discussed how Garbodor is not needed, 2 Hex Maniac makes the Greninja matchup very favorable. It is also strong in random scenarios such as on turn 1 to prevent your opponent from setting up.

We opted to play this deck similarly to Grant Manley’s Expanded Carbink BREAK deck and use Lurantis’ (giant) HP to tank in lieu of Focus Sash. You can cycle Lurantis very easily, as its attack lets you re-attach any Energy discarded via Max Potion or retreating.

When we realized the strength of Max Potion we started thinking about what Pokémon can 1-shot your Lurantis and how we can prevent that from happening. Mega Rayquaza, Rainbow Force Xerneas, Gyarados, Mega Mewtwo, and a huge Yveltal-EX are all threats but abuse Special Energy, meaning Assault Vest is helpful. Sadly, there is nothing you can do about Darkrai-EX’s Dark Pulse since it does not use any Special Energy. But every other deck does. Therefore, Assault Vest makes it so none of those Special Energy-reliant decks that typically 1-shot you can actually 1-shot you.

Against Darkrai it is usually very hard for them to hit 210 on your Lurantis-GX. This allows for a constant spam of Max Potion to heal off your Lurantis. The game usually ends in a battle of 2-shotting.

This matchup is extremely unfavorable as your Lurantis get 1-shot by their non-GX/EX attackers, making them trade very favorably against you.

Mega Rayquaza is hard with the amount of HP they have. One of the biggest keys to keep up with them is early Hex Maniacs. Countering their Sky Fields each turn is also key to prevent them from taking 1HKOs on your Lurantis and Trevenant.

First of all, huge shoutout to Nick Conocenti, Alex Jacoby, and Ethan Colborn again for helping me test these decks and crafting the lists.

I hope to be writing more for SixPrizes in the future. If you have any questions about the decks be sure to Facebook Messenger me or PM me on SixPrizes. Overall I hope you learned a thing or two about Sun & Moon and I hope to see you all in Anaheim! 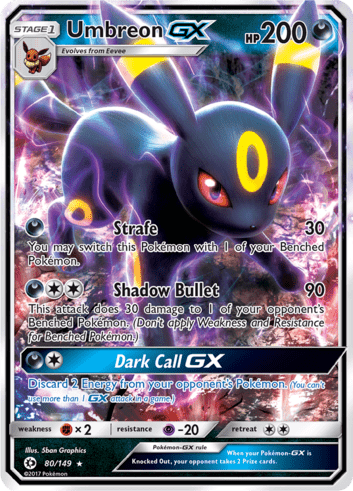